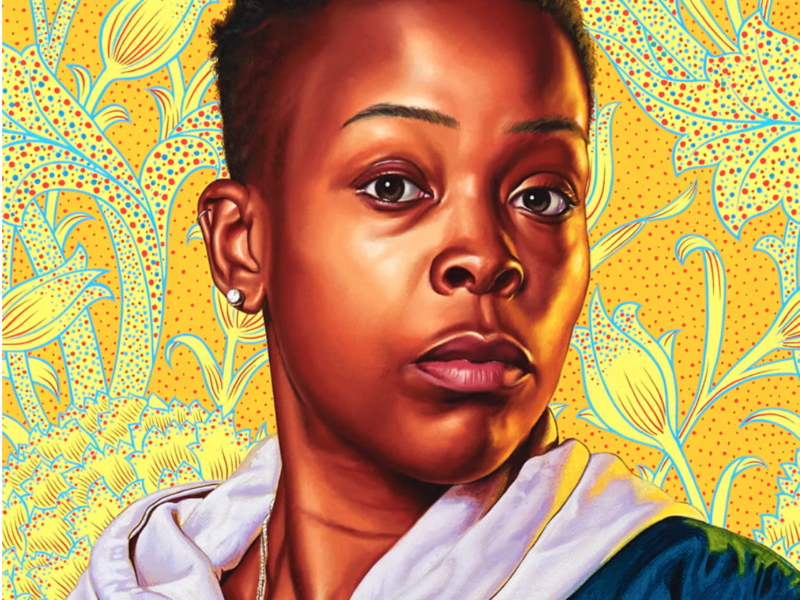 Nigerian American artist, Kehinde Wiley is best known for his portraits of people of colour in settings and poses that reference Old Master paintings.

Described as ‘majestic and powerful’, Wiley’s portraits replace European figures of power and influence, asking us to consider the power dynamics behind who is represented in these portraits and why.

On display for the first time at the V&A, Wiley’s ‘Portrait of Melissa Thompson’ from The Yellow Wallpaper series marks the first time the artist has worked solely with women and explores themes of feminism, identity, and representation.

Wiley’s portrait depicts Melissa Thompson, a young woman the artist met at Ridley Road Market in Dalston, east London – a market first founded in the late 1880s and that remains a vibrant community hub today. Thompson, who lives in Ilford, but who grew up in Hackney, was with her mother and sister when Wiley approached her to feature in his new work.

Header Image: The painting was purchased by the V&A Museum with support from Art Fund and a legacy donation from Dr Philip da Costa.