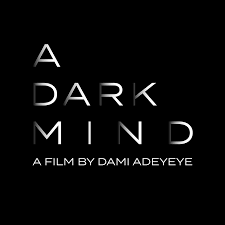 I am pleased to announce that I have partnered with the team behind the timely film ‘A Dark Mind’.

The documentary about mental health in the Black Community, will be screening at Genesis Cinema on Thursday, 15th October 2020 as part of Black History Month and in support of the work of Black Thrive.

The documentary seeks to remove the taboo, challenge the stigma and initiate change.

British Nigerian Director and Producer Dami Adeyeye interviewed six individuals from within the community about their conditions, the stigmas they faced when trying to find help, and the journeys they have been on thus far.

He brilliantly places the insight and knowledge shared by four Black mental health professionals in and around those stories, to create a clear picture and enforce the urgency, that it is indeed time for change now.

This film has the potential to initiate that change and finally bring this conversation to the forefront of society.

I am gifting 5 followers a pair of tickets each to watch this timely film. To enter simply:
What proportion of people with mental health problems experience stigma?
A. 40%
B. 90%
C.15%
Five winners will be selected at random on Instagram, Facebook and Twitter, so make sure you follow us on all platforms.
The competition ends on Thursday 8th of October. Winners will be announced Saturday 10th October 2020.
NB: Adhering to COVID-19 safety measures, winners will need to follow social distancing guidelines on arrival. For more information visit here

Dami Adeyeye is a 27 year old, British Nigerian actor, director and producer. He grew up in Northwest London with his parents and three siblings, studied Mathematics at the University of Leeds but he knew from his second year in Uni that all he wanted to do was be in and make films.

He finished his BSc and moved back to London where he attended the acclaimed Identity School of Acting (alumni from the school include Letitia Wright [Black Panther], Zackary Momoh [Harriett] and John Boyega [Star Wars].

Whilst acting was his main focus, he had always been inclined to craft stories and narratives even put some of them on paper.

It wasn’t until 2018, when he found himself in the darkest place of his life, that the idea of actually making a film started to take shape.
Dami had wrestled with negative emotions, low moods and such throughout university, but it wasn’t until a friend addressed it all, that he started understanding that he was struggling with depression. Mental Health was not something spoken about in his community.

In 2018 when he found himself in the middle of financial issues trying to juggle working part time, studying acting, paying bills and building his career, he hit an all-time low.

Whilst he still wasn’t quite ready to follow the more conservative approach dealing with his situation, he decided to channel his emotions in learning more about mental health, by interviewing people from his environment about their mental health struggles and also get input from mental health professionals. ‘A Dark Mind’ was born.

Dami puts it this way: ‘I found myself in my kitchen on one of those really low days, cooking two sachets of Indomie, when I felt God tell me to make a film on mental health in the Black Community. Not just any film, but I felt it needed to be a documentary, so the stories in it were real people others like me could connect with. I hardly knew anything about mental health, let alone making films, but I knew what I felt and knew I had to give it a go. Even just to learn more about it all myself.

After months of research, I spoke to my friend Moses Moloi and asked him to whether he was interested in filming it with me – he was in and brought his friend Jed Camara on board. Their production company Click-It Studios filmed and edited the documentary. Once we found the individuals to share their stories all we had to do was fund the film. I ended up funding the film myself. I did run a small crowdfunding campaign as well, but the majority of the funds came from my income.’

The film came together and a date for a first screening was set. On the 16th May 2019, ‘A Dark Mind’ was first shown to a public audience at the Rio Cinema in Dalston. Over 100 people came and the night went very well. Dami was surprised and inspired by how much people resonated with the message of the film and he knew a second screening had to happen.

Dami’s hope for this film, is that it would contribute to a slowly changing narrative around mental ill health and the importance of proactively maintaining mental health among the Black Community and beyond.

He says: ‘1 in 4 people suffer from mental ill health and it’s time that we talked about it, so prevention can happen.
It’s time to remove the taboo, challenge the stigma and initiate change. I myself have started the journey of seeking help for my depression and I can only urge everyone else to do the same. It doesn’t have to be done alone and we don’t have to wait until it’s too late. That’s what I want the film to say and that’s the change I want to see.’

Black Thrive is a partnership between communities, statutory organisations, voluntary and the private sector. They work in collaboration to reduce the inequality and injustices that negatively impact the mental health of Black communities. They achieve this by working with services and systems to address the systemic barriers which lead to poorer outcomes across a range of social factors, such as education, employment, housing, and so on, all of which may negatively impact one’s health and wellbeing.

The partnership between the filmmakers and Black Thrive is going to cover three aspects: