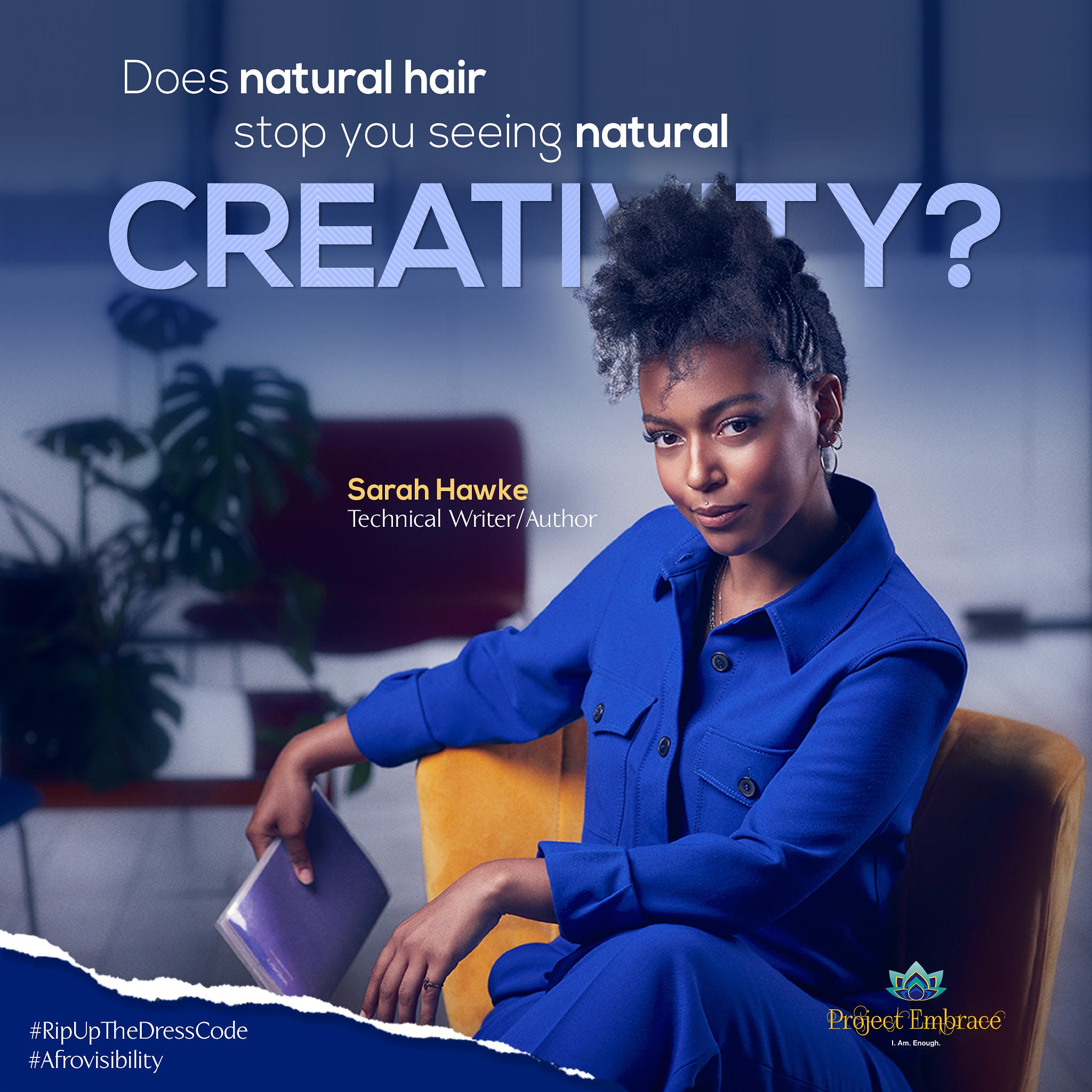 The standards of beauty are narrow. Euro-centric aesthetics are normalised and esteemed. Those who fall out of this mode, feel pressured to conform or challenged by issues of self-acceptance. Visibility in our institutions and media representation for Black women is still an anomaly. Whether on screen, in books, on stage, the boardroom, classroom or workplace, bias against natural hairstyles can undermine the ability for black women to realise their full potential without compromise.

The 2019 Project Embrace campaign focused on corporate Britain. The goal was to campaign for work place dress codes to be more inclusive of afro hair at all levels of business. I believe the greatest asset to any organisation is its people. People bring ideas to life – and we all have a legitimate right to be seen and heard authentically.

Black women are often ostracised, penalised or policed due to their choice of hairstyle. The campaign therefore, served as a visual reminder that Black women are equal members of society, whose beauty and features are physical signifiers of their African heritage, which should be admired and accepted within all professions.

Working with the visionary and Founder Lekia Lee was an honour, and being a member of the wider team that included the phenomenal talents of Vine Creatives, was an unforgettable experience.

Watch an interview with Lekia below: