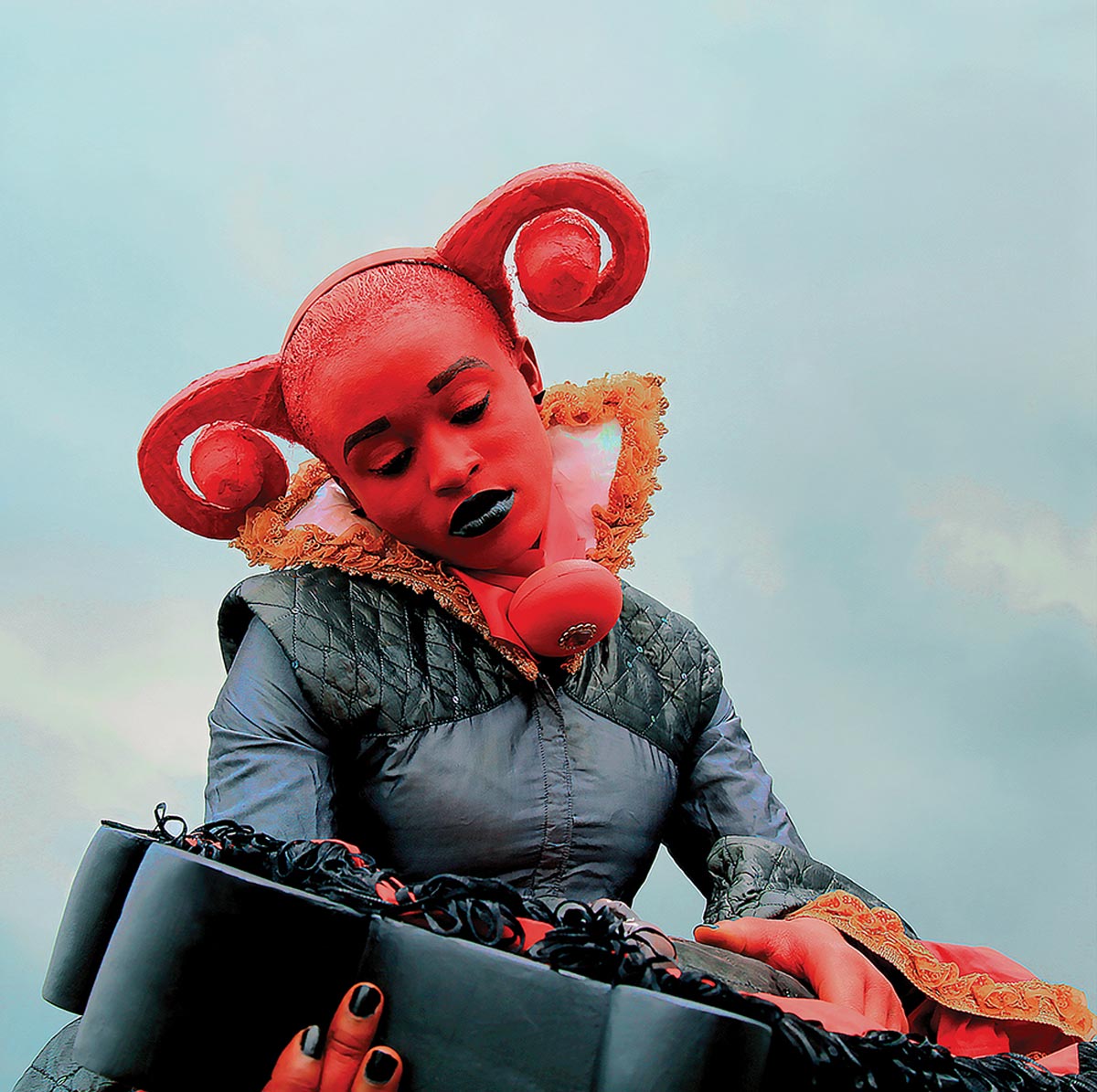 Wilfred Ukpong is an interdisciplinary artist, filmmaker, researcher, and activist. A long-term collaborator with Autograph, who are proud to present an online image gallery of Ukpong’s work, raising urgent questions around environmental degradation, to coincide with the United Nations’ Climate Change Conference COP26.

Sharing work from four of Ukpong’s recent and interrelated bodies of work, all set in the Niger Delta, which incorporates Ukpong’s homeland in Southern Nigeria. Once a major producer of palm oil for British colonists, the territory is considered the mainstay of the Nigerian economy for its large oil reserves and its rich biodiversity due to the presence of rivers, mangroves, freshwater forests, and marine estuaries. In recent years, the region has been at the centre of environmental justice campaigns, with concerns over pollution caused by major spills and flares at the hands of oil and gas industry giants.

Exploring aspects of Afrofuturism and mysticism, Ukpong combines compelling and poetic reflections on the current crisis of environmental degradation and exploitation in the Niger Delta. Drawing on his historical and personal archives, ecology, politics and indigenous environmentalism, these meditations on the crisis demonstrate how artmaking can be used as a tool for social empowerment and to challenge colonial narratives.

“Exploring the concept of Afrofuturism through my work is a way of envisioning a society free from social bondages and political oppression. It deals with evaluating the past to create better conditions for the present and future generations in the Niger Delta.“⁠

⁠”The work, for me, is a catalyst for constructive debate that can encourage positive actions through alternative narratives – with visual metaphors and fantasies – used to discuss serious and troubling issues grounded in heavyweight political demographics.”

“This project also serves as a blueprint to guide local, socially engaged oil-producing communities in the Delta to challenge existing oppressive structures … as a tool to imagine better futures with ample possibilities for a just existence that embraces cultural evolution, technological advancement and a sustainable ecosystem.”

“It’s important to showcase the ways in which artistic, cultural, and technological progress in the African continent are reimagining perspectives on environmental crises, social injustice, race, gender, identity, and the body in the 21st century … to play on a larger context of work that takes traditions, local symbolism and myths from the past, to speculate on the future as a way of informing our actions in the present.”

Wilfred Ukpong is an interdisciplinary artist who incorporates a studio-based artistic practice with connective social engagement, tackling pertinent social issues with community participation and intervention. His long-term project in the Niger Delta, Blazing Century 1, received a special grant from the Prince Claus Fund and has been exhibited in international group shows in London, Lorient and The Hague. His film Future World won the Golden City Gates Excellence Award at ITB Berlin in 2018. The film has also been screened at Mash Johannesburg and David Krut Projects, as well as to the Senate of Nigeria in order to encourage a dialogue about environmental change in the Niger Delta. Ukpong is currently a Ph.D. candidate at Oxford Brookes University, and he received his BA and Master’s Degree from Ecole Supérieure d’Art Lorient, France.