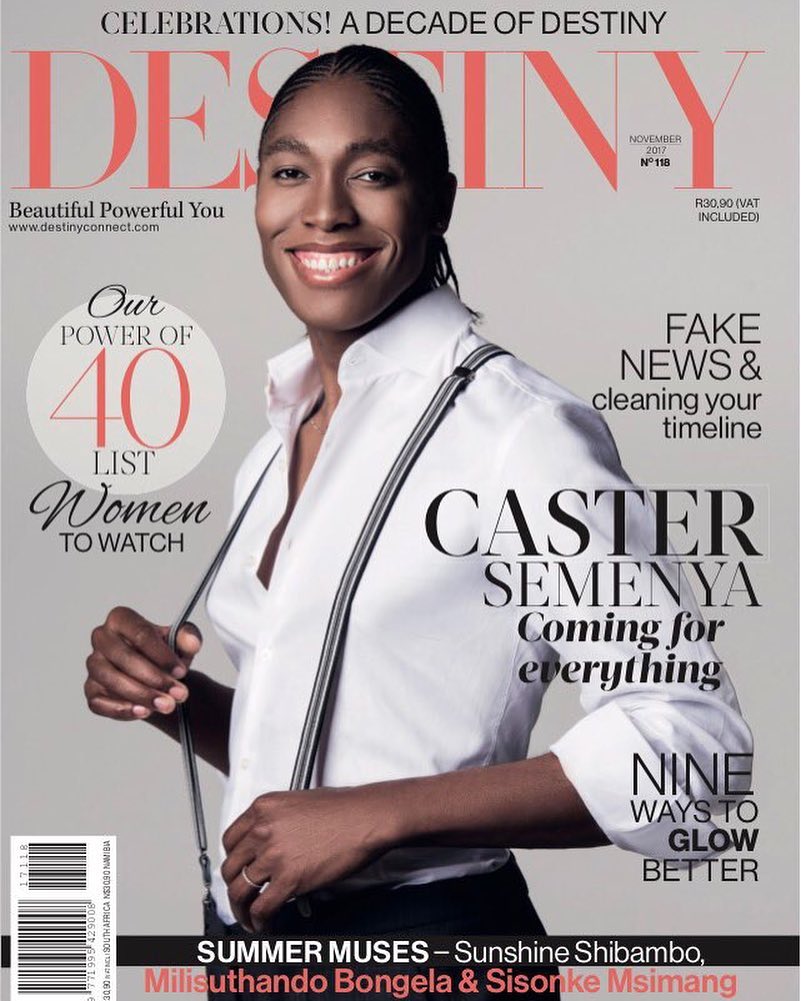 Here we go again, white fragility and privilege has ruled that double Olympic champion Caster Semenya must ‘medically limit her testosterone levels to less than 5 nanomoles per litre (nmol/L)’.

Caster born a ‘hyperandrogenic’ (those with differences of sexual development), has naturally higher levels of testosterone than the average woman. This new ruling which comes into effect on the 8th of May is an outrage.

Even though the court of arbitration for sport openly stated that the ruling upheld by the Association of Athletics Federations (IAAF), is discriminatory, they will not over-turn it. They cannot allow Caster to compete, as it gives her an advantage over other athletes.

Caster Semenya has said she will not defend her World Championship 800m title in September 2019, after the International Association of Athletics Federations have said “biology has to trump gender identity”.

Semenya has twice appealed the IAAF rules preventing her from competing without taking medication, but now a ruling allowing her to compete has now been overturned.

On 29 July 2019, the Swiss Federal Supreme Court revoked its earlier order that allowed Semenya to continue competing in 800m races. This means that unless Semenya agrees to take testosterone-reducing medication, she will not be able to compete in track events from the 400m to the mile. It also means Semenya will miss the World Championships which begin on 27 September in Doha.

In a statement Semenya said, “I am very disappointed to be kept from defending my hard-earned title. But this will not deter me from continuing my fight for the human rights of all of the female athletes concerned.”

Semenya has been able to race while awaiting the decision from the Swiss court, having lost an appeal to the Court of Arbitration for Sport in May. The court has not yet reached a final decision.

The Swiss Federal Supreme court has said there would not be “fair competition” if there were women competing with 46 XY DSD genetic make-up, which includes Semenya.

The IAAF said the court’s decision “creates much needed parity and clarity for all athletes as they prepare for the World Championships”.

The outcome of this case is an out-right attack on women’s bodies. Nothing new here, just another case of our brilliance being denied…our bodies being brutalised…our talent being limited and our rights being violated.

Watch this ad from Nike and let me know your views in the comments below: