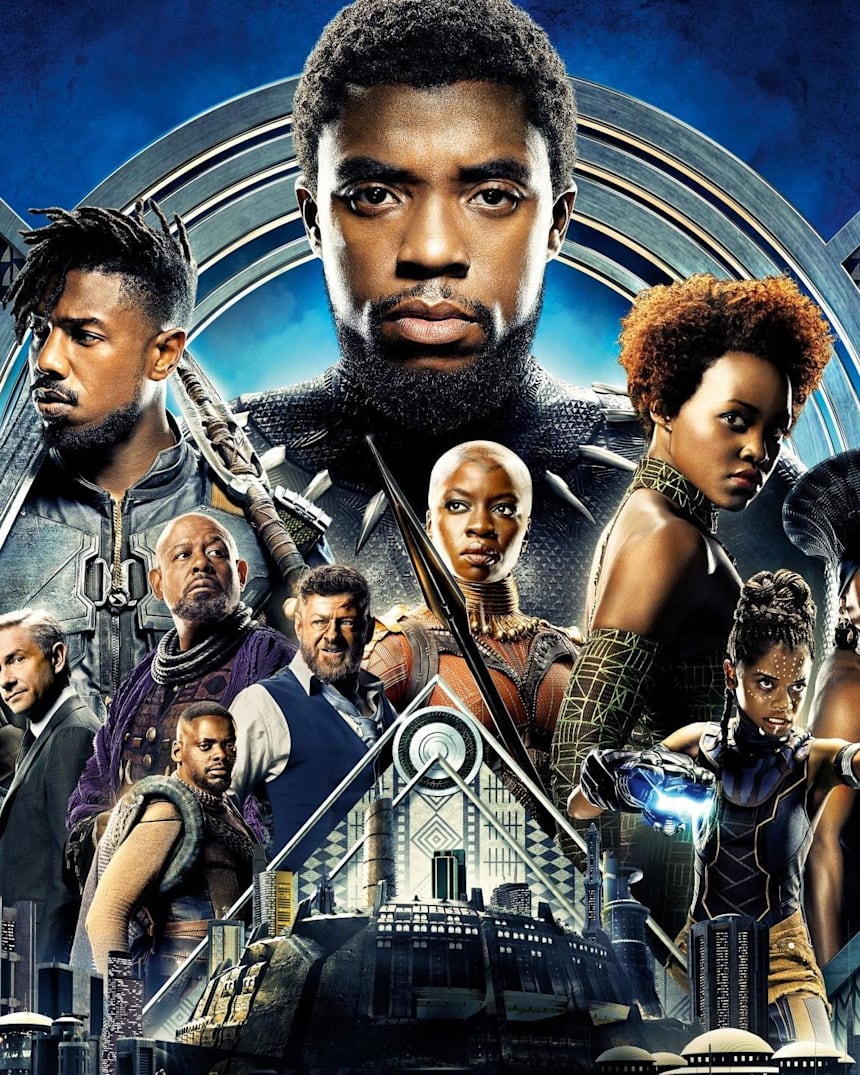 #BLM: 12 Films that depict the complex reality of being Black

#BLM: 12 Films that depict the complex reality of being Black

Through the works of directors including Spike Lee, John Singleton, Ava Duvernay, Barry Jenkins, Tyler Perry, and recently Ryan Coogler and Jordan Peele, Black people have seen themselves on screen.

Seeing yourself on-screen is one reason why we watch films. The scenes and characters have to be familiar and comparable to what we know off-screen. No one will really argue that a black cinema-goer is different from their white counterpart. Either group of people are looking to be entertained or even consoled.

If you are reading this and you are white, seeing people who look like you in mass media probably isn’t something you think about often. Every day, the culture reflects not only you but nearly infinite versions of you. The world shows you that your possibilities are boundless. Now, after a brief respite, Americans have a white President again.

Those of us who are not white have considerably more trouble not only finding representation of ourselves in mass media and other arenas of public life, but also finding representation that indicates that our humanity is multi­faceted. Relating to characters onscreen is necessary not merely for us to feel seen and understood, but also for others who need to see and understand us. When it doesn’t happen, we are all the poorer for it.

It is important to appreciate the world that the black film director operates within, especially if their idea is to tell a story from their angle.

The black filmmaker of the 20th century and afterward is making a film for people whose history consists of psychological and physical exploitation. Black filmmakers had to create a space and find their social and political voice.

In the current climate, where we are witnessing a resurgence of resistance and solidarity, following the spate of state sanctioned killings in the US, I have shared resources, books, links and organisations to support, in an attempt to educate allies and increase economic parity of black owned/led businesses.

On June 10, Netflix flexed the depth of its Black programming by showcasing a “Black Lives Matter” collection of 56 shows, films and documentaries. On the 22nd of June, Capital Xtra teamed up with MASSIVE Cinema Shutdown to compile a list of 15 films in support of #blacklivesmatter too – with some overlap. You can also watch for free, rent or subscribe to the BFI Player who have curated a number ‘black stories’.

As an avid film fan, and frequent cinema-goer, I also want to share some of my favourite screen titles, that speak directly to the nuance, complexity, beauty and vulnerability of the black experience, in the UK and in the US.

This is not a definitive list, and of course, I welcome additions to these suggestions. So enjoy! Uchechi 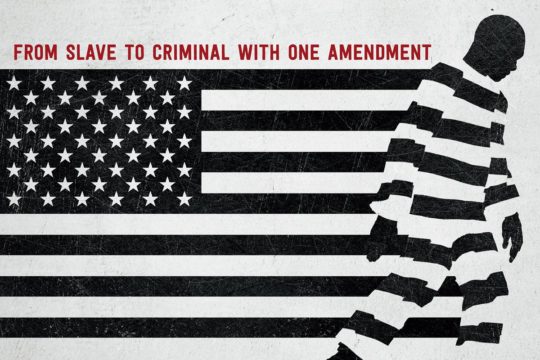 “Neither slavery nor involuntary servitude, except as a punishment for crime whereof the party shall have been duly convicted, shall exist within the United States, or any place subject to their jurisdiction.”

These lines, which open Ava DuVernay’s documentary, 13th, come from the 13th Amendment of the US Constitution, whose goal was to abolish slavery in 1865. The film, going back to the time in which these lines were enacted, retraces their superficiality, and the reality of their meaning throughout American history and how they were and are still used to oppress the black people of the United States. The link to George Floyd and the too many recent murders of African American individuals is deeply unsettling. The editing of this documentary is seamless and smooth, making it an easy and overwhelmingly important watch for any individual above the age of 13. Streaming on Netflix

If Beale Street Could Talk 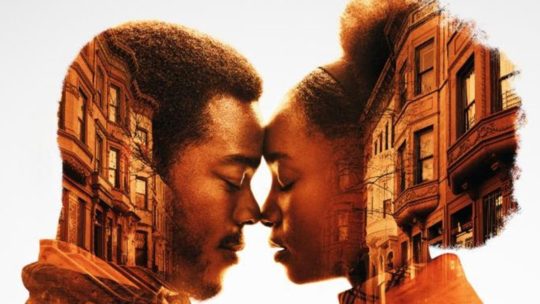 One of the best films of 2019, Barry Jenkins’ If Beale Street Could Talk celebrates the writing of James Baldwin and frames a love story set against injustice. Fonny is imprisoned for a crime he didn’t commit. Tish is pregnant with his baby. And so is drawn a portrait of loyalty in the time of adversity – something we need to learn from. Free to watch on  Amazon Prime Video 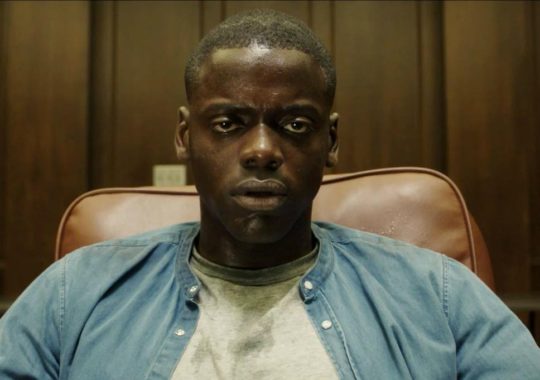 The film was shot in just 23 days on a budget of $4.5 million, but when it opened, it quickly became clear it was not just another low-budget horror movie. There were monstrous grosses and rapturous reviews, but most important, the film instantly became a cultural phenomenon — the subject of political commentary and social-media memes. The bizarre story of a young black man lured by his white girlfriend to her family home in the country, where they plan to replace his brain with an older white person’s, it immediately introduced into the lexicon terms like “the sunken place”. Racial inequity, and the failure of white liberals to adequately address it, proved powerful fodder for a horror narrative. Available to watch on Amazon Prime Video 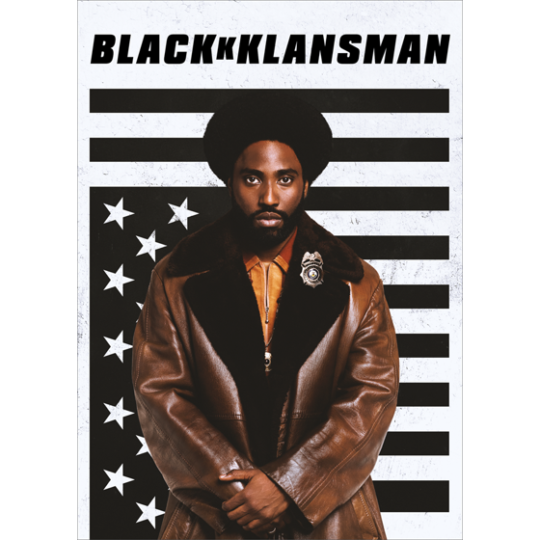 Retelling the true story of the first Black man to infiltrate the Ku Klux Klan, Spike Lee’s incendiary loose biopic fires on all cylinders. John David Washington brings tenacity and curiosity to the role, while Laura Harrier (now in Ryan Murphy’s Hollywood) stakes her claim as a major talent. Read more about it here Available to watch on Netflix from July 24th.

When They See Us 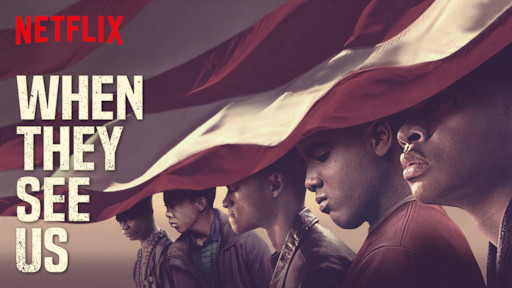 In April 1989, five boys were wrongly accused of rape in New York City, and incarcerated for years. In 2002 – they were finally exonerated. Thirty years later, their story filled the small screen in When They See Us, a Netflix limited series directed by Ava DuVernay. Wrongful accusations continue to plague Black people around the world – this detailed series gives a crucial education on what the consequences can be. Watch it here 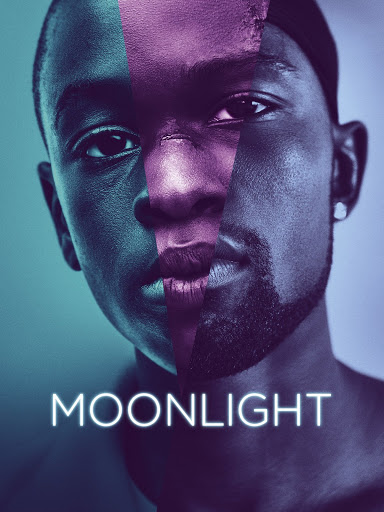 Barry Jenkins has been changing the shape of American independent cinema for years, and Moonlight is when everything first crystallised. In three parts, the Best Picture winner tells the story of a young Black boy navigating his sexuality. Mahershala Ali, who also won an Oscar for his supporting role, brings heartbreaking subtlety, alongside Janelle Monáe and Naomie Harris as well. Rent on BFI Player 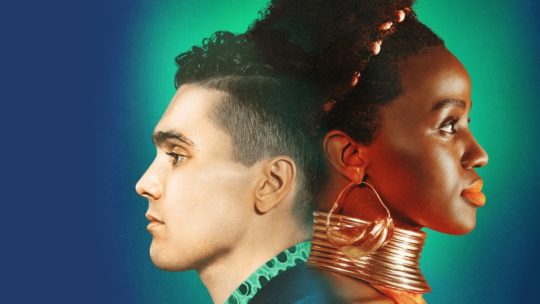 Malorie Blackman took the world by storm with her YA novel Noughts and Crosses, which images an alternate reality in which white people are subordinate to people of colour. The BBC series frames such a reality with laser-sharp precision, detailing a love story as much as political uprising and domestic struggles. It’s essential entertainment. Available to stream on BBC iPlayer 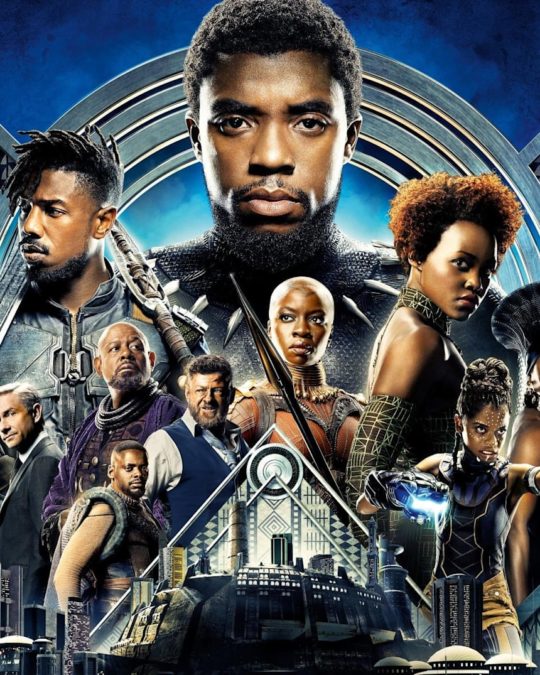 For things to change, a new viewpoint must infiltrate every genre of cinema. It took long enough, but the first Marvel film with an entirely Black cast arrived, and it was glorious. Black Panther saw director Ryan Coogler orchestrate one of the most ambitious films to date, introducing a worldwide audience to Wakanda. He also casts a whole host of names to remember: Chadwick Boseman, Leticia Wright, Michael B Jordan, Daniel Kaluuya, Lupita Nyong’o, Angela Bassett and more. Streaming on Disney+ 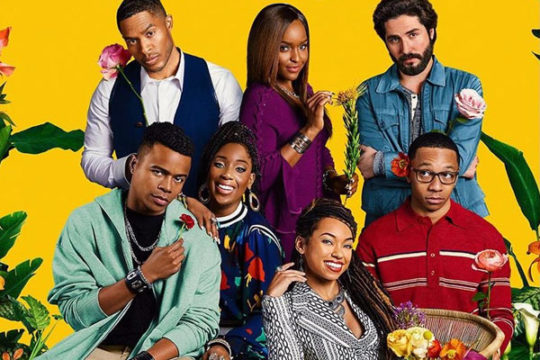 With the fourth and final season on the horizon, now is the time to catch up with the incendiary Dear White People. Based on the 2014 film, the Netflix show follows the power dynamics of an Ivy League college. Logan Browning stars as Samantha White, a headstrong student hellbent on waking her fellow students up to social issues and injustices – starting with casual racism, and moving far beyond. Streaming on Netflix

The Hate U Give 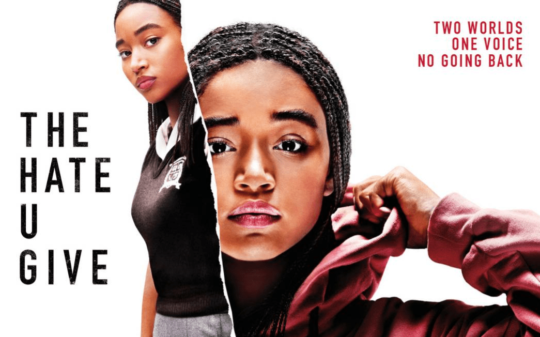 Amandla Stenberg brings fire to the YA genre as a galvanised teenager, forced to fight when tragedy strikes. There is unflinching violence and wisdom in The Hate U Give explaining how racism is still so rife, and unforgiving. The adaptation of the bestselling novel teaches about Tupac Shakur and the Black Panther Party’s Ten-Point Programme. By capitalising on the vitality of a new generation and trusting them to rise up, the film teaches an alien audience to wise up. Available to buy on Amazon Prime Video 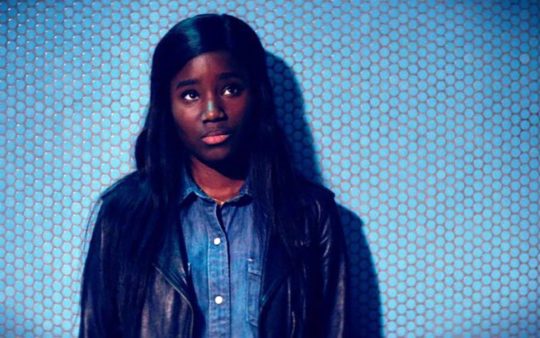 Before Portrait of a Lady on Fire, French filmmaker Céline Sciamma turned her sights to contemporary girlhood in the suburbs of Paris. She focuses her thoughtful coming-of-age portrait on Marieme (Karidja Touré), who reckons with daily micro-aggressions in a rough neighbourhood. Sciamma’s goal was to give a rich story of Black teenagers, something French cinema had been lacking for years. Rent on Amazon Prime Video

Through creativity and conversations, Refugee Week 2022 will be a celebration of community, mutual care, and the human ability to start again