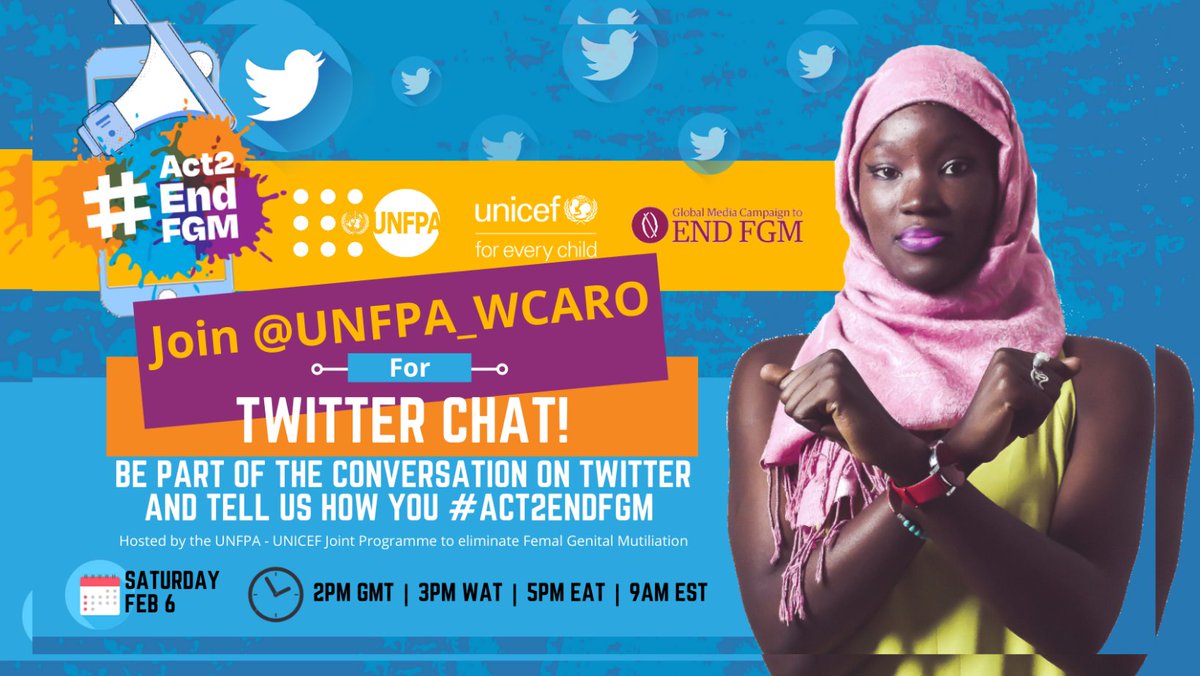 Together, we can eliminate female genital mutilation by 2030. Doing so will have a positive ripple effect on the health, education and economic advancement of girls and women – UN Secretary-General António Guterres

In 2012, the UN General Assembly designated February 6th as the International Day of Zero Tolerance for Female Genital Mutilation, with the aim to amplify and direct the efforts on the elimination of this practice.

Female genital mutilation (FGM) comprises all procedures that involve altering or injuring the female genitalia for non-medical reasons and is recognised internationally as a violation of the human rights, the health and the integrity of girls and women.

Girls who undergo female genital mutilation face short-term complications such as severe pain, shock, excessive bleeding, infections, and difficulty in passing urine, as well as long-term consequences for their sexual and reproductive health and mental health.

In 2020, the COVID-19 pandemic has negatively and disproportionately affected girls and women, resulting in a shadow pandemic disrupting Sustainable Development Goals target 5.3 on the elimination of all harmful practices including, female genital mutilation. UNFPA estimates additional 2 million girls projected to be at risk of undergoing female genital mutilation by 2030. In response to this disruption, the United Nations, through its UNFPA-UNICEF joint programme, has been adapting interventions that ensure the integration of female genital mutilation in humanitarian and post-crisis response.

To promote the elimination of female genital mutilation, coordinated and systematic efforts are needed, and they must engage whole communities and focus on human rights, gender equality, sexual education and attention to the needs of women and girls who suffer from its consequences.

This year the UNFPA-UNICEF Joint Programme on the Elimination of Female Genital Mutilation and the Inter-African Committee on Traditional Practices (IAC) jointly launch the 2021 theme: “No Time for Global Inaction, Unite, Fund, and Act to End Female Genital Mutilation.” Many countries are experiencing a “crisis within a crisis” due to the pandemic including an increase in female genital mutilation. That is why the United Nations call on the global community to reimagine a world that enables girls and women to have voice, choice, and control over their own lives.

Be part of the online conversation and participate on social media using our official material. Share with the world how you #Act2EndFGM!

Although the practice has been around for more than a thousand years, there are reasons to think that female genital mutilation could end in a single generation. That is why the United Nations strives for its full eradication by 2030, following the spirit of Sustainable Development Goal 5.

Since 2008, UNFPA, jointly with UNICEF, leads the largest global programme to accelerate the elimination of female genital mutilation. The Joint Programme currently focuses on 17 countries in Africa and the Middle East and also supports regional and global initiatives.

Over the years, this partnership has seen significant achievements. For instance, more than 2.8 million people participated in public declarations of FGM elimination, and the number of communities establishing surveillance structures to track girls doubled and protected 213,774 girls from undergoing the practice.