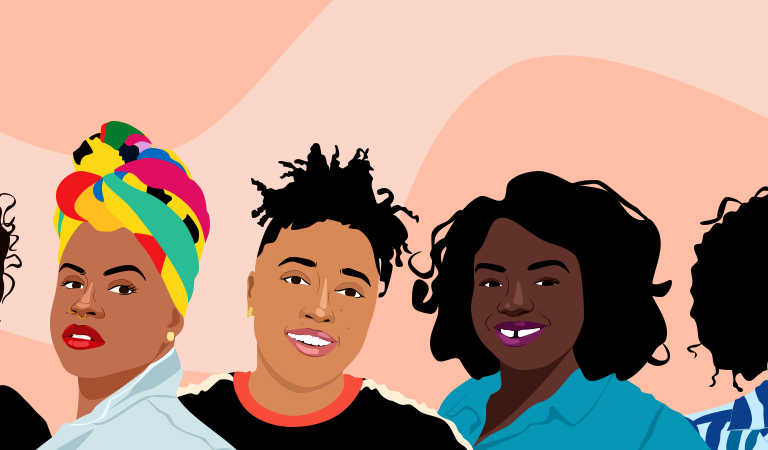 International Non-Binary People’s Day is observed each year on 14 July and is aimed at raising awareness and organising around the issues faced by non-binary people around the world. First celebrated in 2012, the date was chosen for being precisely between International Men’s Day and International Women’s Day.

Most countries in the world do not recognise non-binary as a legal gender, meaning most non-binary people still have a gendered passport and official identification. Australia, Bangladesh, Canada, Denmark, Germany, India, the Netherlands, and New Zealand include non-binary gender options on passports, and 23 US states plus Washington DC allow residents to mark their gender as ‘X’ on their driving licence.

Non-Binary Awareness Week is from the 11th to 17th July. This is a LGBTQ+ awareness period dedicated to those who do not fit within the traditional gender binary.

There are many ways to be inclusive of everyone, regardless of their gender identity. Our language and the way we speak is often embedded with hidden gendered cues. For example, you can introduce yourself with your name and pronoun, and put your pronouns in your email signature and social media profiles. You can also aim to use more gender-neutral language in your day-to-day life: use ‘they’ if you don’t know somebody’s preferred pronouns and try to use inclusive language in writing that avoids implying only two genders.

This charity supports LGBTIQ people of African heritage and the wider BAME community. It was established in 2014 in the wake of some Commonwealth countries in Africa’s draconian anti-gay laws, persecutions and environment that seek to criminalise LGBTIQ people. They support refugees and people seeking asylum, stand against hate crime and campaign for global LGBTIQ equality.

This is a media platform that allows LGBT+ people of colour to showcase their talents and to address the issues that are faced in the BME community. They organise monthly AZ Hub events which are a social space for workshops, screenings, art display, discussion, performance and information sharing. This space is a direct response to the lack of alcohol-free, daytime spaces for LGBT+ people of colour in London. They recently launched the AZ Creative Fund to support 5 Black LGBT+ creatives or collectives.

BBZ Black Book was formed in 2017 to act as an online directory for emerging and established Black LGBT creatives, highlighting the importance and influence of digital spaces for the Black LGBT community around the world. They aim to democratise access to public institutions and challenge institutionalised behaviours to diversify. Their services include programming, DJ’ing, visual and audio content, art curation, cultural consultancy, effective partnerships and event production.

This is an online makeup creative space for all Black non-binary and trans femme people of all ages. They recently launched the SAFE (I)N SOUND project, which seeks to gather a collection of affirmations used to listen to, nourish, uplift and protect the community whenever needed.

Established in 2015, following the enactment of the Same Sex Marriage Prohibition Act 2013 in Nigeria, BAF aims to work towards a Nigeria where everyone is equal irrespective of sexual orientation or gender identity. They focus on three thematic areas, so as to contribute towards influencing opinions and views on LGBT issues in Nigeria: research, capacity development and stakeholder engagement.

This group was created as a safe haven for Black LGBTQIA+ people and allies interested in working remotely. The group posts job opportunities and resources to support Black people  currently looking for employment remotely.

This group was created to recognise the need for Black queer men to have a space to think, shout, show off, celebrate, launch, reflect, share and be heard. They encourage and stimulate debate and discussion online and face to face through their website, writer workshops, networking events, and supporting interventions to meet the needs of Black queer men.

This is an organisation committed to creating spaces of joy and community for queer Black young people. Their work has included the first-of-its-kind research looking into the lives and experiences of Black LGBT youth in the UK within education, healthcare and the home.

This is a UK based retreat for trans people from the African and Caribbean diaspora. The event is an indoor weekend retreat with workshops focusing on mindfulness, creativity and healing, as well as the chance to socialise in safe affirming spaces. The first retreat took place in November 2019, with more planned in future years.

Founded by Jason Forrest, this group is a newly formed CIC for Black queer men over the age of 35. They currently hold fortnightly social events for their members. The group aims to also begin supporting in areas like education, mental health and wellbeing and to widen their group to younger Black men.