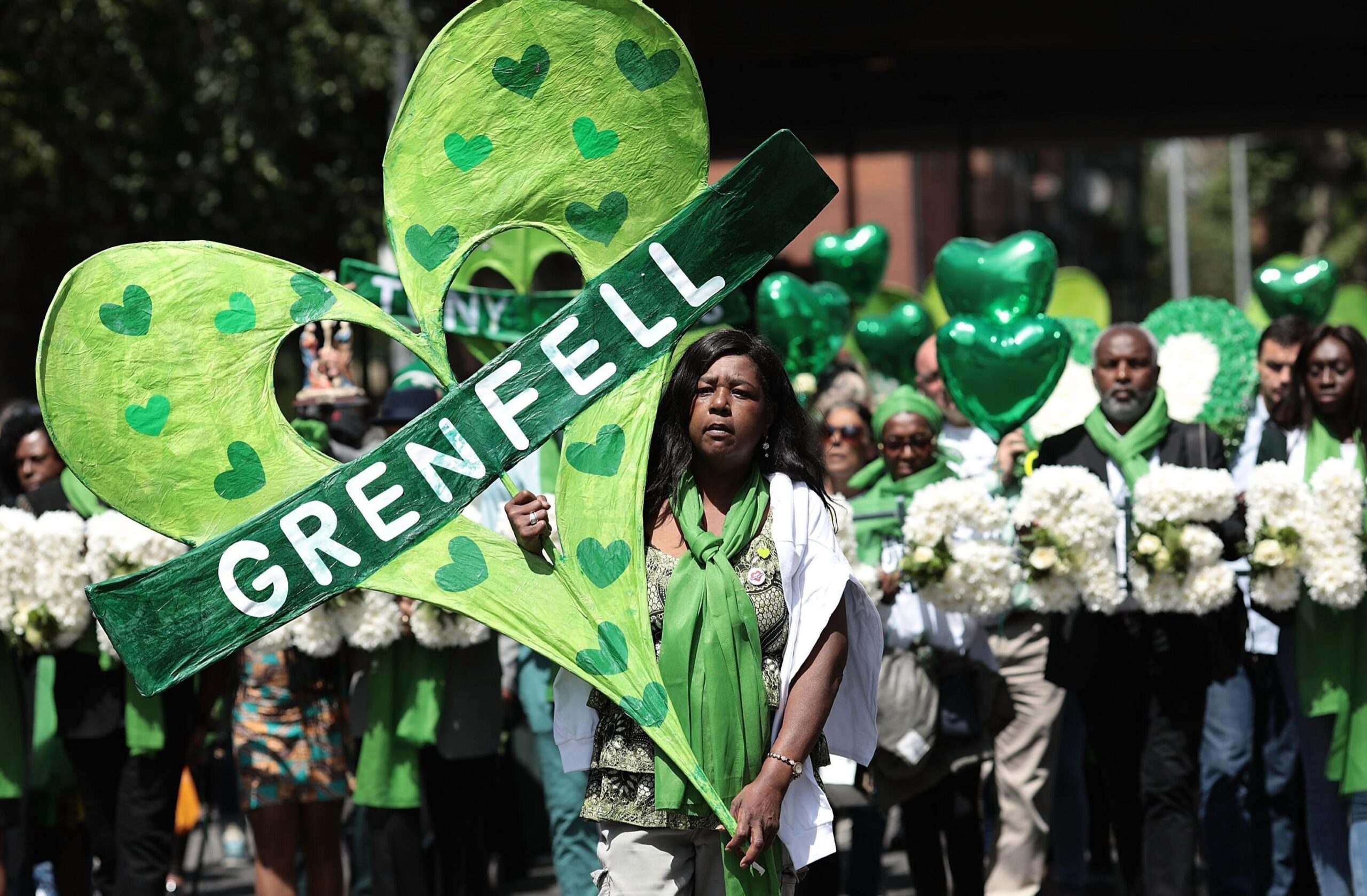 On 14 June 2017, a fire broke out in the 24-storey Grenfell Tower block of flats in North Kensington, West London. It caused 72 deaths, more than 70 others were injured and 223 people escaped. It was the deadliest structural fire in the UK since the 1988 Piper Alpha disaster, and the worst UK residential fire since the Second World War.

Four years on, some 56,000 people are still living in buildings with flammable cladding responsible for the disaster.

Last month a fire broke out in an east London block, still fitted with Grenfell-style aluminium composite material (ACM) cladding, caused three people to be hospitalised and dozens treated for smoke inhalation. It spread rapidly up three floors via wooden balconies, whose removal had been delayed by a dispute between the builder and leaseholders over who should pay.

Latest government figures show that 217 of the high-rise residential buildings found to have ACM cladding have still not been completely fixed, with works yet to start at all on 36 blocks. The report of a public inquiry into the fire, released last October, said it was “clear” that flames, and smoke were able so swiftly to engulf the building because of the use of combustible ACM cladding and insulation.

Meanwhile, hundreds of thousands more flats have other fire safety defects that have left leaseholders facing bills of up to £100,000 each. The government has made £5bn available to help, but MPs estimate the bill is three times higher.

The Grenfell Inquiry was ordered by former Prime Minister Theresa May the day after the horrific fire, with a promise it would “leave no stone unturned”. Divided into two phases, it would look respectively at events on the night of the fire, and longer-term causes in the period preceding. The public inquiry has in the last year revealed that cladding and insulation manufacturers were aware of the risks posed by the materials used on Grenfell but continued to market them.

Yvette Williams, a spokesperson for the Justice4Grenfell group, which represents bereaved people and the wider community, said: “Not only is there still no clear sense of who is accountable … but people still have to live in properties deemed unsafe due to cladding of the same kind used on Grenfell Tower.”

Grenfell United said there was still a “cycle of inaction and indifference”.

“We hear more damning evidence every week at the public inquiry showing us just how preventable the fire was. Yet four years on, the government is as determined as ever to avoid taking any meaningful action to prevent another Grenfell.”

The voices of the vulnerable have always been silenced, and even after 4 years, we are still waiting for accountability and justice.

This national disgrace is a perpetual stain on our memories. #Justice4Grenfell