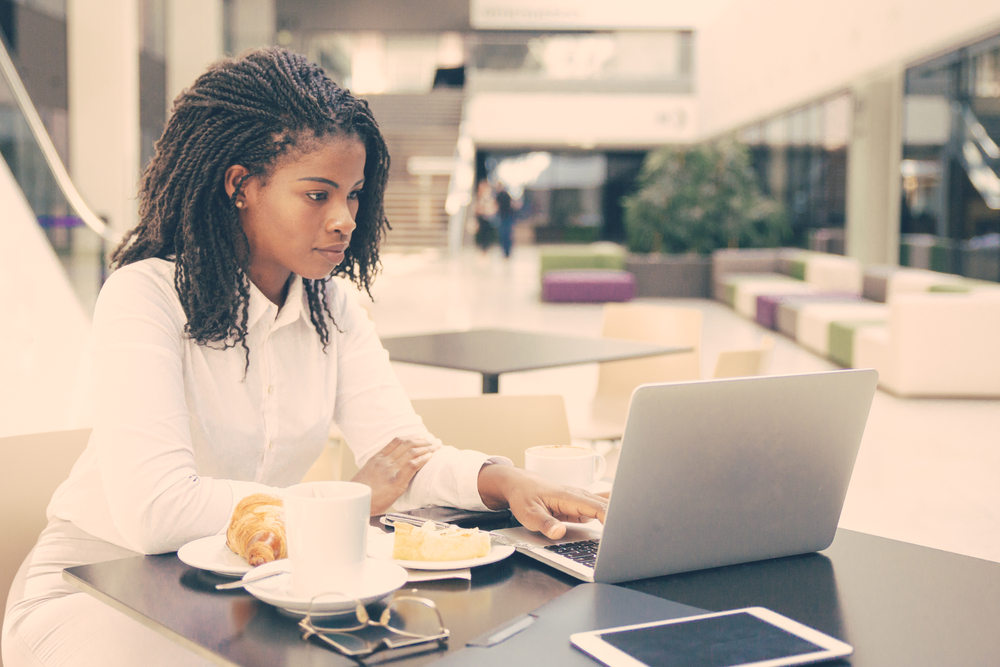 The Double Glazed Glass Ceiling: Being a Black Woman in the UK Workplace

The Double Glazed Glass Ceiling: Being a Black Woman in the UK Workplace

Black women fall within the intersections of gender and race, and thus, are far more likely to be at a disadvantage in every area of our lives.

Black women are still largely invisible in senior roles at work. Research has shown that positions of power in every sector of society are dominated by men.

A critical examination of recent gender diversity reveals it has been asymmetrically distributed along racial lines, with women of colour and black women, in particular, left behind.

The patriarchy that has been prevalent in UK boardrooms is gradually opening, but only to include a white matriarchy. Ethnic minorities have been relegated to the background.

Research conducted by Operation Black Vote and the Guardian newspaper found that only 3.5% of Black people are at the top of UK’s leading 1000+ organisations, compared with 12.9% in the general population. This under-representation is more profound when broken down into gender, with less than a quarter of those positions being held by Black women.

In a review of race in the workplace, it was found that Black people are much more likely to be overqualified for their jobs than their white counterparts, who often advance up the ladder of promotion with ease. In other words, Black talent is not necessarily lacking in abundance but it is seriously lacking in recognition and support.

According to the Chartered Institute of Personnel and Development (CIPD), one in eight of the working age population is from a Black background, yet they occupy only one in sixteen of top management positions.

Organisations that promote corporate gender diversity such as the City Women Network and the 30% Club are also mainly white. In addition, the seminal reports addressing gender diversity in the UK corporate world, including the Hampton-Alexander review and the Cranfield report, were led by white men and women.

According to the Resolution Foundation, between 2014 and 2017, the proportion of Chinese, Indian, Black African and white 16- to 64-year- olds in the UK who had university degrees was 60 per cent, 52 per cent, 41 per cent and 28 per cent respectively. If educational attainment is one of the factors for rising to the summit of corporate Britain, why are ethnic minorities under-represented? Studies suggest that race is the dominant explanatory variable for imbalances in pay and promotion, once differences in age, education and gender are controlled for.

Black women still face cultural and social barriers to career progression, including a lack of formal support or organisational policies to help them progress and to tackle harmful attitudes and gender stereotyping.

Existing barriers to women achieving senior positions also include: perceptions about women’s potential; an absence of role models; careers information and guidance; career breaks; caring responsibilities; full time working being the existing norm; a lack of talent spotting; and a lack of mentoring.

This is even more so for Black women who often face the double barrier of the gender glass ceiling and racial discrimination. This is particularly evident when looking at management roles.

The Gender and Race Benchmark 2014 found that Black women are the least likely group to hold executive or non-executive directorship positions.

There is a presumption that Black women are responsible for this racial imbalance. There is this inference that black women are unqualified and lack the drive and intellectual rigour to break the glass ceiling. I do not believe there is a paucity of qualified and talented black women in corporate Britain. Rather we are under-represented at senior levels because we are overlooked for promotion.

Statistics show that Black women are twice as likely as white women to be leaders in their community – leading a youth initiative, heading up a community or charity organisation. Black women are also more likely to be the primary breadwinners in their families but their experience outside of work falls off the radar of ‘management at work’.

The FTSE 100 leadership revealed that the 300 chair, chief executive and chief financial officer positions in the FTSE 100 were almost 99 per cent white: 271 white men, 25 white women, four Asians and no black men and women. Yet the UK population is 87 per cent white and many of these companies are based in London, where 40 per cent of the population is non-white.

Black Women experience a double burden of racism and sexism that requires a fresh approach towards tackling gender inequality. Businesses that have embraced voluntary targets to bring about gender diversity that now favours white women should be receptive to the idea of implementing voluntary targets for talented Black women.

The government should commission an independent review to identify the barriers preventing ethnic minority women from progressing and make recommendations to increase the visibility of black women in UK businesses. It should require organisations to report on their ethnic pay gap using the same methodologies as the gender pay gap.

If we are to have first-class white women in corporate Britain, we cannot continue to treat women of colour, and black women in particular, as second class and leave them scrambling for crumbs.

The trickle-down approach to addressing the racial bias inherent in the gender diversity discourse is ineffective. White women in UK companies must acknowledge that they have received gender diversity dividends that women of colour have not shared.