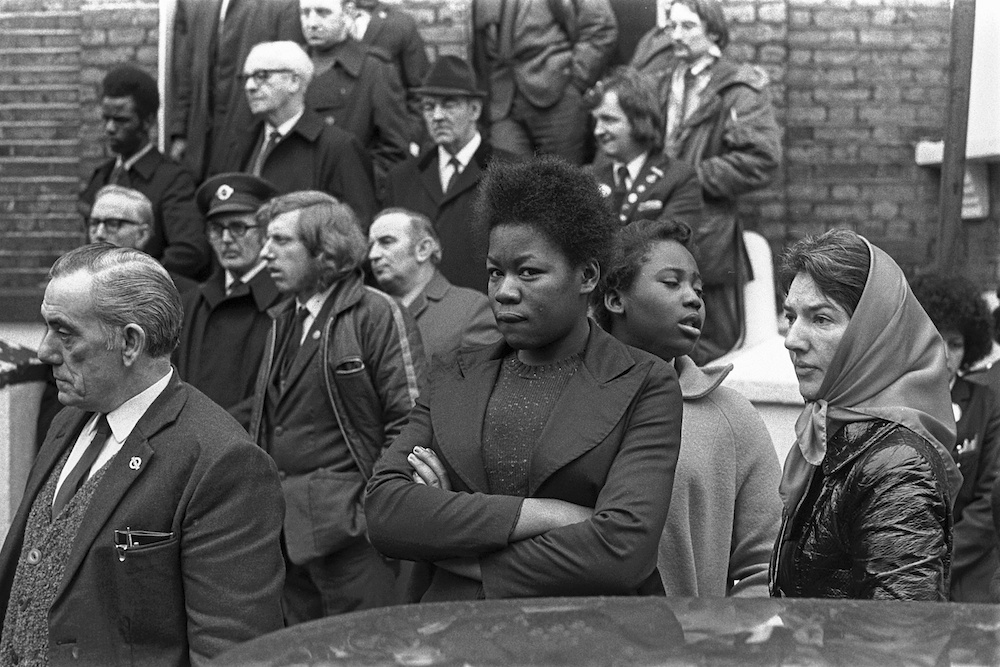 The Origins of Black History Month

The Origins of Black History Month

This page is dedicated to a discourse on the origins of Black History Month, in celebration and recognition of the often invisible and marginalised contribution of peoples of African descent to the value systems and way of life of British society that will make black life matter.

Black History Month was refashioned to give meaning and teeth to the Race Relations and Equality Acts in the UK. Whilst some celebrate and fully immerse themselves in all the month has to offer, others are critical, suggesting that the reduction of Black History to ‘a month’, is belittling and insulting.Black History Month finds its origins in the work of noted Historian Carter G. Woodson (1875-1950). Born to formerly enslaved Afrikans in the USA, Woodson would be one of the very few Black people in that era to gain an education. His brilliance led him to be the second Black man in the USA to achieve a PHD from Harvard University in 1912 – an era saturated by the idea that ‘the negro has no history.’Depictions of Afrika being a “Dark Continent” [1] populated by savages, prevailed in all areas of western life from religion to academia. Such a lowly characterisation not only defined how Black people were considered and treated, but how we consequently viewed ourselves. Afrika became an object of shame – a perpetual scar on the pride of its descendants.Despite the prevalence of these ideas, there were those like Carter G. Woodson who were compelled to challenge them. Studying the contribution of Black people in America, put him firmly on the path towards uncovering the lost History of Black People as a whole. To aid his research, he founded, The Association for the Study of Negro Life and History in 1915. Although being so highly educated in such circumstances was undoubtedly an achievement for any Black man, Woodson was not naive about benefits he had gained:“The same educational process which inspires and stimulates the oppressor with the thought that he is everything and has accomplished everything worthwhile depresses and crushes at the same time the spark within the Negro, making him feel that his race does not amount to much and never will measure up to the standards of other peoples. The Negro thus educated is a hopeless liability.”

Carter G. Woodson’s mission therefore, appears to have been the development of a new educational ideal that instils pride and dignity in the descendants of Afrika. Along with the Association for the Study of Negro Life and History (now Association for the Study of Afro-American Life and History), he published the Journal of Negro Life and History (1916) and founded, Negro History Week in February 1926. Woodson was also an activist, working with several Black organisations including Marcus Garvey’s, Universal Negro Improvement Association [2], for whom he would become a regular contributor to the Negro World Newspaper.

The intensity of this period would later inspire the Black Power, Pride and Revolutionary zeal that swept throughout the Black world during the 1960’s/70’s. This reignited sense of pride inevitably gave rise to a will for self-definition as Black people began to throw away the derogatory designation of ‘Negro’. It was also decided that a week was too short a period to do justice to such an event, thus Negro History Week became Black History Month in 1969. This period inspired the mind of a young man who would grow to have a profound impact on Black UK.

Akyaaba Addai Sebo was raised in osagyefo Kwame Nkrumah’s Ghana. In a nation filled with the spirit of Independence and Self Reliance, he would be one of many young men and women to benefit from Nkrumah’s Young Pioneers Movement [3], developing a new generation of leadership for Afrika. Addai Sebo’s education would carry him to America in the 1970’s, where he would learn of the celebrations of Black History Month, which had grown to be a national holiday with great successes in developing a renewed sense of Pride among Black children. Upon moving to London and working in the Greater London Council (GLC), a moving experience with a colleague fired his conviction:

“The inspiration for Black History Month came from an incident that happened at the GLC where I worked as the coordinator of special projects. A colleague of mine, a woman, came to work one morning, looking very downcast and not herself. I asked her what the matter was, and she confided to me that the previous night when she was putting her son Marcus to bed he asked her, ‘Mum, why can’t I be white?’”

Further inspection would reveal that young Marcus, who had been named after Marcus Mosiah Garvey, was suffering victimisation at school. This coupled with a constant flow of information reinforcing the role of Great Europeans who brought light to the savage continent of darkness, imbued Marcus with a very low sense of self:

“So when this incident with Marcus took place in London, it dawned on me that something had to happen here in Britain. I was very familiar with black history month in America, and thought that something like that had to be done here in the UK, because if this was the fountainhead of colonialism, imperialism and racism, and despite all the institutions of higher learning and research and also the cluster of African embassies, you could still find a six-year-old boy being confused about his identity even though his mother had tried to correct it at birth.” [4]

Thus in 1987, Black history Month UK was born, initiated by the Strategic Policy Unit which brought contributions from Herman Ouseley, Paul Boateng MP, Bernie Grant MP, Linda Bellos and more. This was a transformative time for the Black community in the UK. 1987-88 was designated “Afrikan Jubilee Year” – coinciding with several significant anniversaries, namely: The Centenary of the birth of Marcus Mosiah Garvey, 150 years since Emancipation ended slavery in the Caribbean and the 25th Anniversary of the founding the Organisation of African Unity on the continent. The spirit of Pan-Afrikanism was therefore very strong among Black people in Britain and the Pan-Afrikan organisations that sprung from this no doubt had a profound impact on the spirit and focus for the celebration.

Immense synergy can be found with the advent of both manifestations of Black History Month. The UK however, unlike the rest of the world, designated October as its chosen month. According to Akyaaba Addai Sebo this was done for a few well-considered reasons: “We decided on October as the month to celebrate black history because apart from its significance within the African calendar – the period of the autumn equinox in Africa – October is consecrated as the harvest period, the period of plenty, and the period of the Yam Festivals. It was the time in history when Africa, Egypt and Ethiopia for example were the cradle and breadbasket of civilisation.

It was also thought that it would be a more beneficial time for schools, allowing children to receive the full benefit of a longer month at an earlier phase of the academic year.

Today, many schools and local authorities are promoting various mutations of Black History Month including – Diversity Month, BAME Month and Multi-Cultural Appreciation. Others including Kwaku of the British Black Music Congress, seek to evolve the spirit of self-definition with the name Afrikan History Month. Further still, many organisations led by the inspiration of Jak Beula (originator of Nubian Jak board game) have sought to unite the legacies of Carter G. Woodson and Akyaaba Addai Sebo, with Afrikan Heritage Season, celebrated from February-October.

Guidance for all these developments, will be well informed by the original intentions of Black History Month as expressed in the Afrikan Jubilee Year Declaration:

“By the designation of October as Black History Month it is our expectation that “Africa’s ideals”, shall forever be manifested in the upliftment of the African Personality in our schools, institutions of higher learning, communities, borough councils and especially in the hearts, minds and deeds of politicians.”