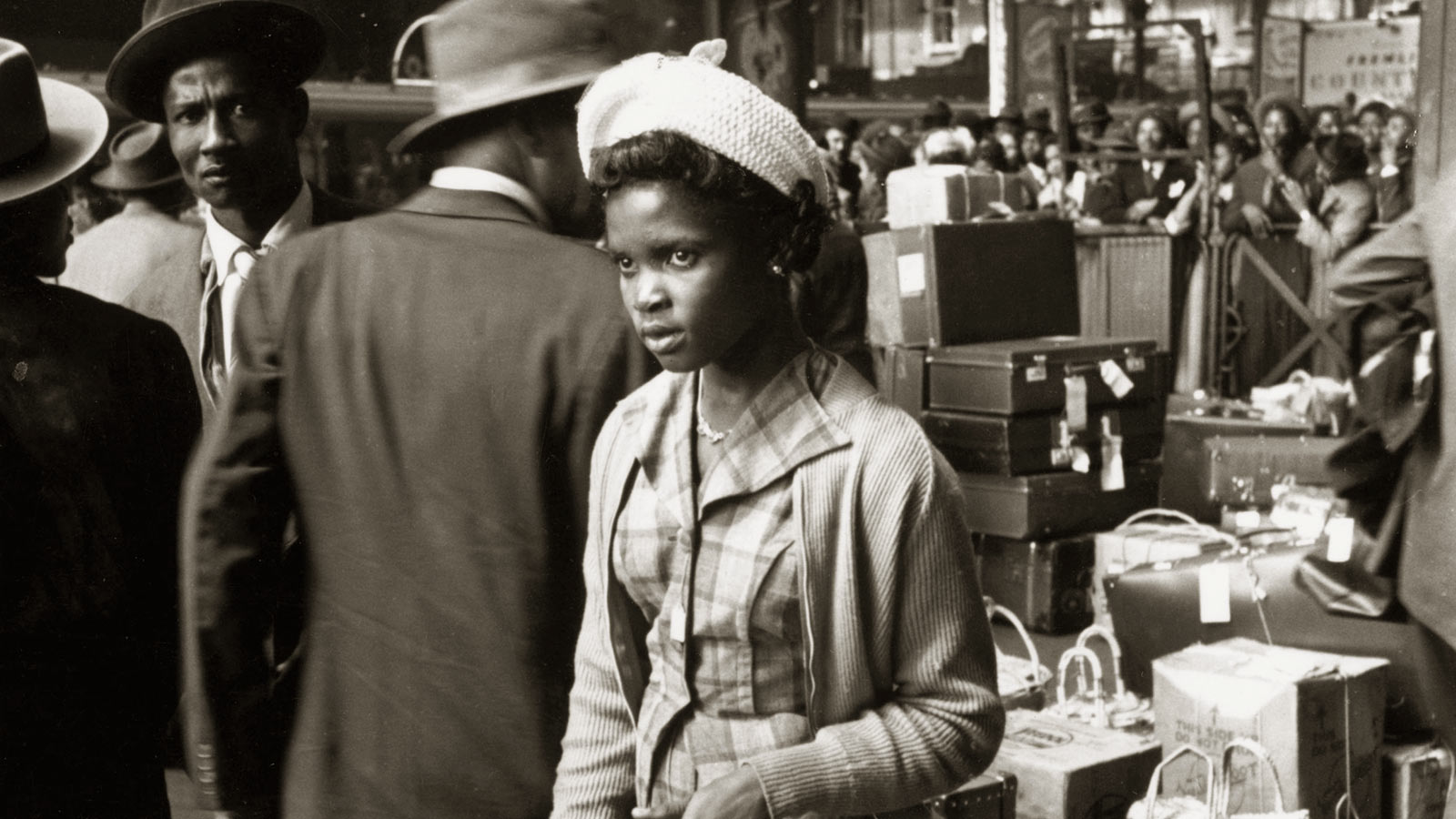 On 14 October 2022 Brent Council and Lin Kam Art will present The Anchor, The Drum, The Ship (2022), a groundbreaking public artwork for Gladstone Park designed by the London-based artist Harun Morrison and horticulturalist Antonia Couling.

This is the first time in the UK’s history that a public artwork of this kind has been used to acknowledge the contested history of a green space. The permanent artwork will be unveiled on 14 October to coincide with Black History Month in October.

Titled The Anchor, The Drum, The Ship (2022), this horticultural installation brings together a variety of plant species, native to Britain, the Mediterranean and Africa, across three shapes: the Akan symbol for a Double Drum, a ship and an anchor to evoke themes of Black migration, belonging, communication, music and collective renewal. Plant species have been carefully selected to make sure they were suited to the local ecology.

Gladstone Park is named after former Prime Minister Sir William Gladstone whose family-owned plantations in the Caribbean and received the largest of all compensation payments made by the Slave Compensation Commission. The name was identified for review as part of the Commission for Diversity in the Public Realm that launched in 2020 to review statues, street names and landmarks to ensure they reflect London’s rich and diverse history and represent all Londoners.

The London Borough of Brent is one of the most diverse in the UK, with the seventh biggest Black community in London. Brent Council has taken an approach to develop a public art commission with the community which explores the transatlantic slave trade whilst creating a space to reflect, celebrate and amplify hidden histories and Black leaders who have had an influence on Brent. The Anchor, The Drum, The Ship (2022) is the first intervention to be installed in the park. A permanent history trail detailing the history of the park and the Gladstone family involvement in the transatlantic slave trade will follow later in the month.

Councillor Muhammed Butt, Leader of Brent Council, said: “This outstanding public artwork acknowledges the achievements and contributions made to Brent by people of Black heritage and shines a light on some unexplored corners of our local history. “It’s so important that these hidden pasts are embraced as part of the borough’s history, and it’s brilliant that we now have this space for learning, reflection, gathering, celebrating and dreaming.” 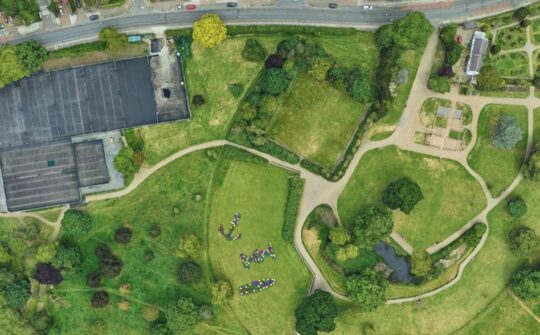 Digital render of The Anchor, The Drum, The Ship (2022) Gladstone Park, Harun Morrison

The constellation of shapes (anchor, drum and ship) that make up The Anchor, The Drum, The Ship (2022) offers a set of triangulation points to create conversation around Victorian aesthetics, plantations, horticulture, colonialism, migration, botany and storytelling. The work is spatially in dialogue with the remnants of Dollis Hill House, a former property that regularly received Prime Minister William Gladstone.

Just as there is a Memorial to Prisoners of War and Concentration Camp Victims, the artwork aims to commemorate the history of Black Britons while celebrating the achievements of one of the largest and most overlooked communities within the borough.

Investigating contested history has become a vital undertaking in recent years. Explaining how and why links to the slave trade and British colonialism might have allowed a person who has been venerated with a statue, monument or place or street name to rise to prominence in the first place sheds light on a dark history that can no longer be left untold. Brent Council hopes that this innovative horticultural installation will lead the way for more projects in the future.

Artist Harun Morrison said: “I hope the artwork can contribute to a valuable discussion around how representation takes place in public space. Gladstone Park is a microcosm and container of many contested histories; the artwork can be a compass point to navigate this.”

Planting Designer Antonia Couling said: “It has been very moving to be involved in creating this innovative way of interacting with contested history. A public park belongs to everyone, and I hope that this artwork will become a meeting place for recognition, dialogue and understanding.”

Producer Linett Kamala said: “As a Brent-based company whose founder has a personal connection to the transatlantic slave trade, it is an honour for Lin Kam Art to be entrusted to deliver this unique and special commission. I hope it will begin to open up a dialogue about this hidden history in the borough, but also celebrate the achievements of those who have contributed so much to the vibrancy of Brent.”

Antonia Couling, a Brent-based Garden Designer, and certified horticulturist has worked with Harun Morrison to bring the vision to life. Antonia wanted to respond to the carefully chosen shapes by providing a design that underpins the powerful statement that Harun is making. She has addressed Harun’s request for perennial planting that will survive in this exposed, dry, sunny site, while providing interest throughout the year. The intention is to leave the majority of plants over the winter (rather than cutting them back) so that the frost-laden stems and flower heads will provide a different – and perhaps ghostly – kind of beauty.

“The Anchor represents not only associations of all kinds with the sea and what is carried on it, but also the shores of Britain. Sedums and blue grass are planted at the extremities of the anchor on the ‘shoreline’. Running through the central column and branches, however, is a palette of mainly blues and pinks, hinting at an English meadow with its loose grasses and hovering blooms (such as the Gaura and the Centaurea or cornflower), but interspersed are injections of vibrant colour, some shared with the African Adinkra, such as the Geum ‘Totally Tangerine’, and some shared with the Ship, such as the Salvia nemorosa ‘Caradonna’, celebrating the rich cultural mix within those shores.”

“The Adinkra drum planting is inspired by Adinkra designs, replicating their bold stripes and sweeps of intense colour. The link between this planting and the Ship’s planting is most evident in the handful of Verbena in the centre, which will wave tall over the strong identity of the African patterns. African plant species such as the Salvia Africana in the centre, Crocosmia and Gazania (or African Daisy) are included.”

“The ship has a taller spine running along its center to suggest rigging (Fennel, Melianthus and Verbena). Grasses are interspersed with deep purple Salvias, which will want to give the suggestion of movement. Many of the surrounding plants are also prickly, mirroring the emotions contested history can elicit – that something may seem pleasant enough from a distance, but uncomfortable when seen up close. The low, white Thyme around the edges also hints at sea foam, which is magnified at the front by two Agapanthus.”

With Special thanks to project contributors: 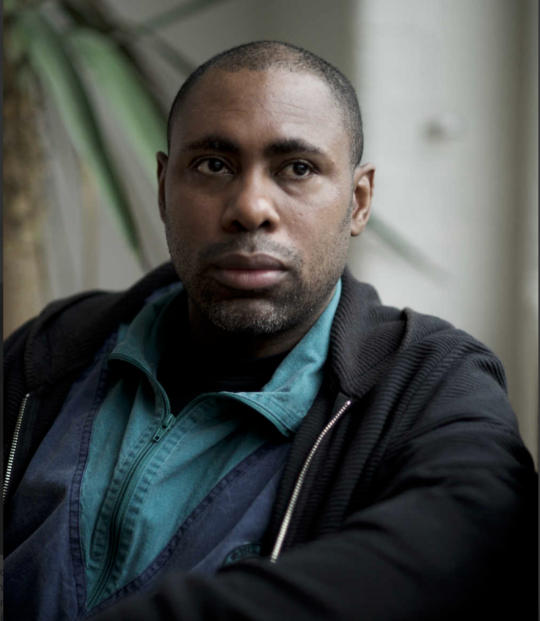 Harun Morrison is an artist and writer based on the inland waterways, moored in West London. He is currently Designer and Researcher in Residence at V&A Dundee. His forthcoming novel, The Escape Artist will be published by Book Works in 2023. Since 2006, Harun has collaborated with Helen Walker as part of the collective practice They Are Here.

This summer Harun continues to develop and repair a garden for Mind Sheffield, a mental health support service, as part of the Art Catalyst research programme Emergent Ecologies and work as inaugural artist-in-residence for Goldsmith’s Research Garden, 43 Lewisham Way. From 2019 – 2022, Harun was a trustee of the Black Cultural Archive.

Antonia Couling is a garden designer, certified horticulturist and garden historian. She grew up in Brent, North London, but was born in Italy and comes from a family made up of multiple nationalities. This international background has informed her design journey over the years.

Antonia has a special interest in the well-being potential of gardens and gardening and her passion for history led to a Masters in Garden and Landscape History at the Institute of Historical Research, University College London. She is currently compiling a research paper on the contested history of London’s green spaces and has been commissioned to write a book on the history of Gladstone Park. 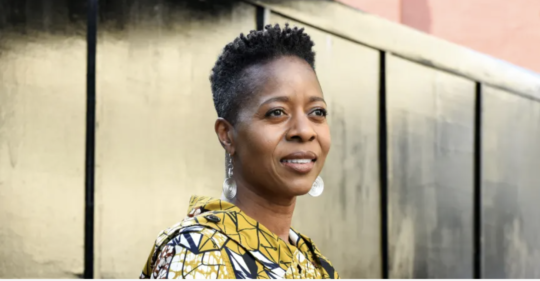 Lin Kam Art is a Brent based company founded by local resident and artist Linett Kamala.  It aims to enrich lives through festival culture via residencies, workshops, events and programmes. Deeply rooted in community empowerment and wellbeing, the socially engaged creative practice works across a wide range of media in the public realm including murals, installations and soundscapes.

Lin Kam Art was successful in securing funding from Brent Council’s New Community Infrastructure Levy (NCIL) in April 2022 to deliver the Land Art element of the commission which will include community engagement activities and potential legacy building for the Land Art.

Lin Kam Art is presently producing Present in the Moment an Arts Council funded public art project for Lambeth Council and Linett Kamala has been commissioned by Brent and Camden Council with the Greater London Authority (GLA) to create artwork for Kilburn Up High Brondesbury Bridge on Kilburn High Road which will be installed by Wood Street Walls.

Brent is a tremendously vibrant London borough where the iconic arch of Wembley Stadium dominates the skyline. Spanning both inner and outer London, it is a borough of huge contrasts in terms of its economic, environmental, ethnic and social make up. Brent’s diversity is evident to all who visit our borough and our long history of ethnic and cultural diversity has created a place that is truly unique and valued by those who live and work here.

In 2020 Brent was the London Borough of Culture (Brent 2020), engaging and empowering the community through cultural experiences and showcasing the borough to national and international audiences. The council is committed to creating a culturally confident borough that is aware of its unique cultural power.