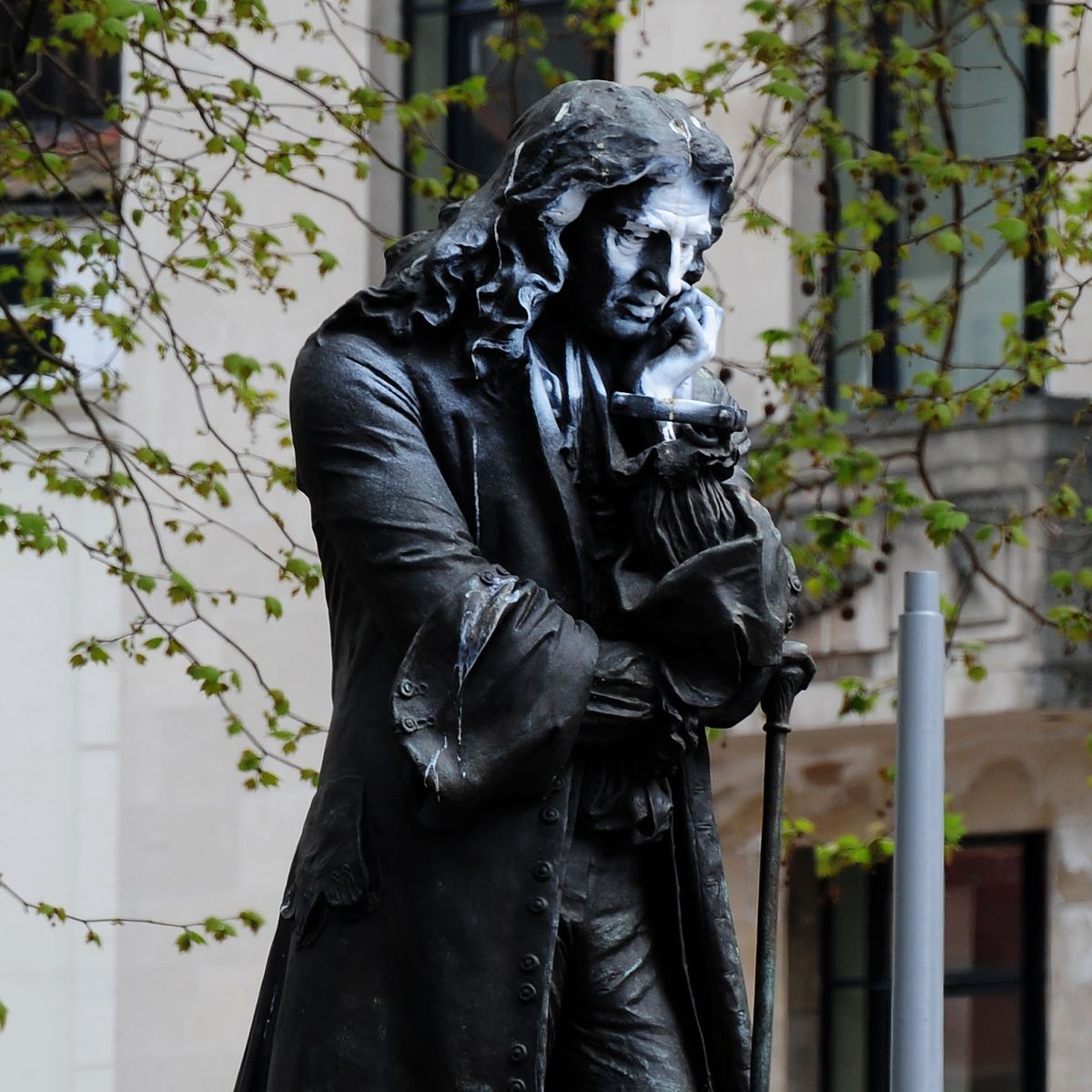 Topple the Racists: The UK must no longer continue to adore colonial icons and symbols

Topple the Racists: The UK must no longer continue to adore colonial icons and symbols

These statues and other memorials to slave-owners and colonialists need to be removed so that Britain can finally face the truth about its past – and how it shapes our present.

Topple the Racists is inspired by the direct action taken by Bristolians. Statues are monuments of public adoration. And Edward Colston made his fortune in the slave trade. He was part of a system of mass murder, torture and human suffering. We must learn from, not venerate, this terrible chapter in British colonial history.

Here is a list of other statues and monuments around the UK, that you should know about…

Duke of Sutherland statue: GOLSPIE  – 100-foot-tall statue which is perched on top of Ben Bhraggie. It pays homage to the 1st Duke of Sutherland, the man responsible for the desolation of the Highlands. The effects of the clearances still have a huge impact on the area today.

Jim Crow” Rock: ARGYLLSHIRE – Large rock on the beach which is partly shaped like a bird’s head. Racists have painted it to like like a stylised crow, with the legend “Jim Crow”. It is thought this started with US servicemen based nearby, 1961-92. Periodically the racist theme is painted out, only for racists to re-instate it. Some even claim it’s a tourist attraction. I do not know its status as of today. Best thing could be that the “bird’s head” part of the rock is destroyed.

Colin Campbell, Lord Clyde: GLASGOW – Campbell was a career soldier who was appointed commander-in-chief of British forces in India in 1857, suppressing the first Indian war of independence. He commanded a regiment in the first Opium War and organised the army sent east for the second – forcing the addictive drug onto China with military might.

Henry Dundas: EDINBURGH – This is a petition to remove the statue of Henry Dundas, the First Viscount Melville, from St Andrew’s square and rename Dundas Street, Melville Street, and Melville Crescent. He was solely responsible for delaying the abolition of slavery in 1792, causing another 15 years of people being kidnapped, shipped to, and enslaved in Britain (that’s around 630,000 more people) from which he directly benefited from.

Monument to James Georg Smith Neill: AYR – James George Smith Neill (27 May 1810 – 25 September 1857) was a Scottish military officer of the East India Company, who served during the Indian rebellion of 1857. He was infamous for the indiscriminate killing of native Indians during the uprising following the Bibighar massacre.

William Armstrong memorial: NEWCASTLE UPON TYNE -North East based arms trader who sold guns to Confederacy and Union armies during US Civil War.

Robert Peel: MANCHESTER – The statue of Robert Peel Junior, who created the modern police force in 1829, his father was actively proslavery and circulated a proslavery petition in 1806, a mere year before the abolition of the slave trade. In a speech to Parliament in 1794, he warned of the dangerous consequences that would envelop the colonies because of abolitionism, inferring that Africans were content being slaves.

ELIHU YALE Wetherspoons Pub: WREXHAM – This Wetherspoons Pub is named after Elihu Yale, a notorious Slave Trader of the 17th Century. Yale was president of the East India Company settlement in Fort St. George, at Madras, and a benefactor of the Collegiate School in the Colony of Connecticut, which in 1718 was renamed Yale College in his honour. He enforced a law that at least ten slaves should be carried on every ship bound for Europe. In his capacity as judge he also on several occasions sentenced so-called “black criminals” to whipping and enslavement. When the demand began to increase rapidly, the English merchants even began to kidnap young children and deport them to distant parts of the world, very much against their will. After a petition in 2017, the pub sign was removed which had shown Elihu Yale alongside a black slave in chains. There is currently a petition going round for this pub to no longer bear the name of a horrific slave trader. The management are saying that they are now ‘considering a name change’.

Green Man: ASHBOURNE – Anybody who lives in Ashbourne will be familiar with the imagery; a racist cartoonish depiction of a black man’s head hanging over St John’s Street. This kind of disgusting racist imagery has NO place in 2020 and should have been removed many many years ago.

Robert Clive: SHREWSBURY, SHROPSHIRE – Robert Clive, otherwise known as Clive of India, is celebrated on a plinth in the main square of Shrewsbury, Shropshire. Clive played a central role in seizing control of a large swathe of Bangladesh, Bhutan, India, Maldives, Myanmar, Pakistan and Sri Lanka, and other parts of Southeast Asia.C

Picton Memorial: CARMARTHEN – A needle commemorating Sir Thomas Picton famous for his brutality in Trinidad and involvement with the slave trade.

Thomas Phillips: BRECON – Memorial plaque to Thomas Phillips, captain of the slave ship Hannibal, who lived in Brecon. Erected in 2010, it makes no mention of the slavery connection despite Phillips writing about the voyage, during which half the enslaved Africans perished. Chris Evans’ book includes details about the Hannibal voyage. Evans, C. 2010. ‘Slave Wales: The Welsh and Atlantic Slavery’. Cardiff, University of Wales.

Cecil Rhodes: OXFORD – Oriel College, University of Oxford, has refused to take down this statue of Rhodes despite protests. Oxford claims to be in support of creating an equal space for students of all backgrounds, but how can they with a glorified white supremacist as a figurehead for one of their colleges? Oxford needs to take down the statue of Cecil Rhodes if they are ever to prove that the University is truly dedicated to equality and racial justice.

Rename Rhodes Arts Complex and Rhodes Avenue: BISHOP’S STORTFORD – Bishop’s Stortford is the birthplace of coloniser and colossal racist Cecil Rhodes. One of Rhodes’s primary motivations in politics and business was his professed belief that the Anglo-Saxon race was, to quote his will, “the first race in the world”. Under the reasoning that “the more of the world we inhabit the better it is for the human race.” By retaining his name on community projects and roads throughout the town (and wider country – his statue at Oxford University), we are immortalising him and in essence condoning what he did.

Lord Kitchener: CHATHAM – Kitchener was responsible for setting up African concentration camps during the Boer Wars.B

Plaque for William Ewart Gladstone at the Royal Albion Hotel: BRIGHTON – From Legacies of British Slave-ownership: “One of the most important of C19th politicians.
Although not a claimant, Gladstone was closely involved with the claims of his father, John Gladstone [q.v.], one of the largest of owners of the enslaved in the Caribbean and a highly influential figure in the West India lobby. As a politician, W. E. Gladstone supported compensation for slave-owners, the system of apprenticeship, and the defence of the West India interest over such matters as sugar duties”. For a detailed examination of his views on slavery, see Roland Quinault, ‘Gladstone and Slavery’, The Historical Journal, 52 (2) (2009), pp. 363–83.

Robert Baden-Powell:POOLE – Committed atrocities against the Zulus in his military career and was a Nazi/fascist sympathiser.

Francis Drake: PLYMOUTH – Francis Drake is remembered in the history books as an English sea captain and was commemorated in 1884 with a bronze statue displayed within Plymouth. However, what people fail to remember is Francis’ contribution to the slave trade with his cousin John Hawkins, in which he would attack native villages or steal human cargo from Portuguese slave ships. He attacked and transport the slaves to the Spanish Caribbean and sold them off to local plantations. Between 1552-1567, they made three voyages to Guinea and Sierra Leone and enslaved between 1,200 and 1,400 Africans. According to slavers’ accounts of the time this would probably have involved the death of three times that number.