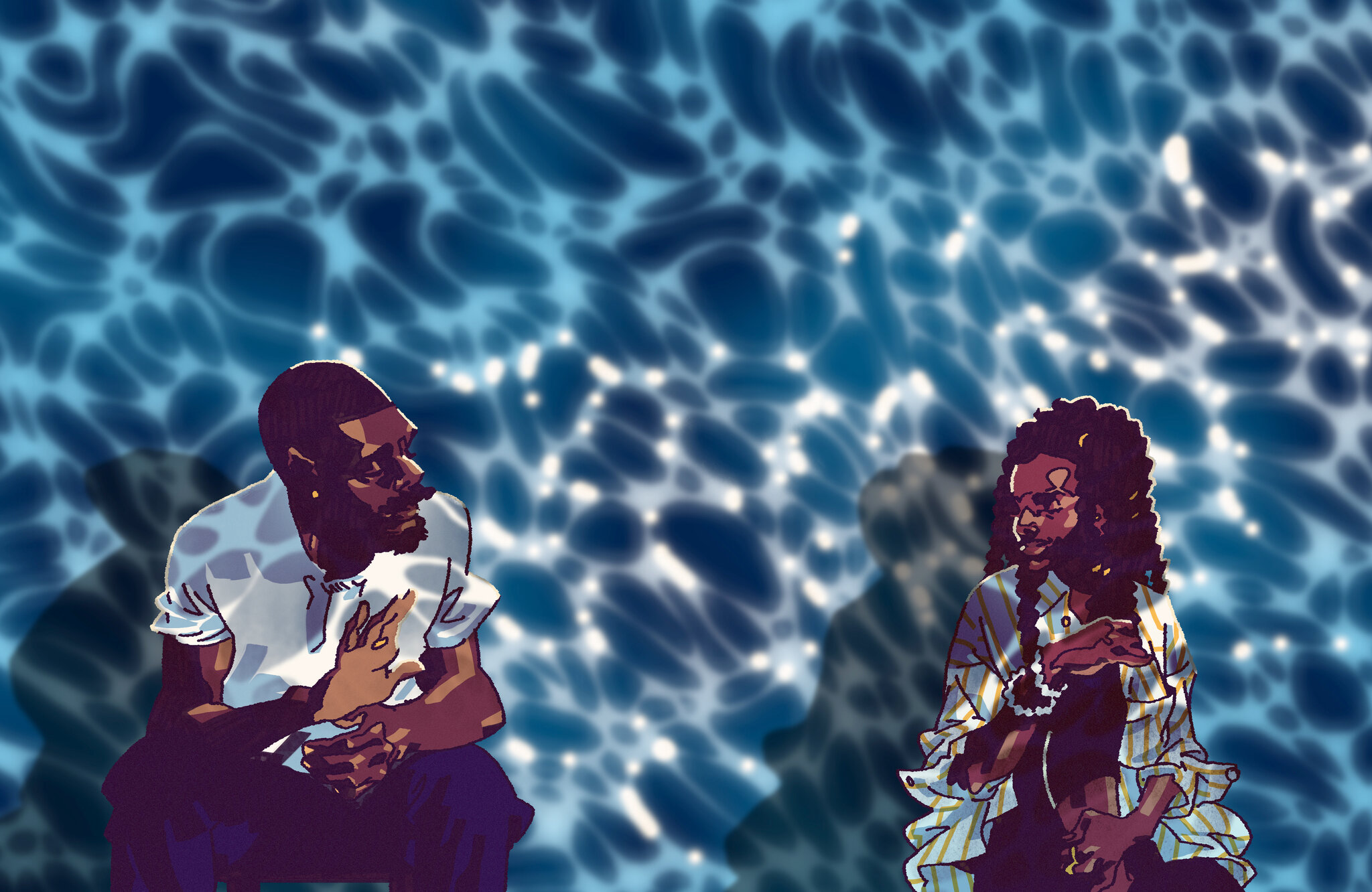 It is such a rarity to see your depth and nuance reflected truthfully as a Black Brit. You live curating little moments of representation, weaving your essence together from mismatching places. You see only some of what you are in the lyrics that you hear on the radio or the films that the critics lord as “authentic”. They are never authentic to you. So, when your truths are presented back to you with love, with honesty, you build monuments to those moments; you turn that one Dave or Zadie Smith line repeatedly in your head, your connection to it visceral, a mantra because that verse is one of the few things that validates you. You turn to those artists in reverence, seeking comfort when the rest of your environment refuses you the human necessity to live audaciously.

With this novel, Caleb Azumah Nelson has given us another one of those precious spaces.

“Open Water” has been marketed as a love story following the life of a photographer from South London as he falls tenderly in love with a dancer he meets in a pub, and though that is strictly true, that description does not prepare you for all that this work is. 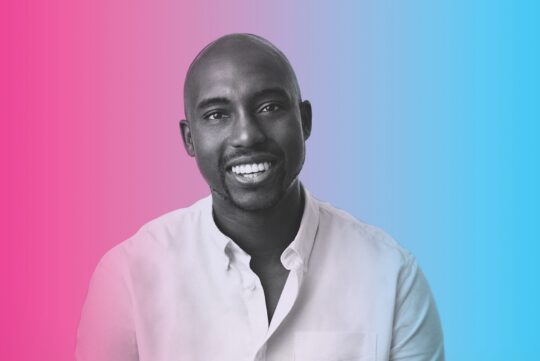 We meet our two unnamed protagonists in a moment of intimate honesty in a barbershop during the novel’s prologue. Written in second person, the intimacy of “Open Water” is immediate – it is not a removed Black man who experiences the “messy miracle” of a love that often shocks its witnesses into “open eyed wonderment”. It is you that sits there dumbfounded by the sheer force of these two artists’ chemistry. Composed to take us through specific snapshots in their love story over a year (tracking them from heated debates about Isaiah Rashad’s debut album to a nighttime walk to Shake Shack) the book pivots in order to contextualise the choices of the main characters.

Azumah Nelson’s decision to write prose that is honest and not conventionally correct is a massive reason why the writing becomes so ingrained into your mind; he constructs the couple’s conversations with the rhythm that you recognise in your Blackness, because it is written in the tongue that you speak to your loved ones. The prose dances with a musical richness reminiscent of bell hooks, and it is a character within itself.

The art Azumah Nelson references becomes one of the keys to understanding the essences of these characters and it is curated with a familiarity that has you nodding along. From paraphrasing Allen Iverson and Kendrick Lamar to dissecting moments form Barry Jenkins’ “If Beale Street Could Talk” and Solange’s “Junie”, he provides a shorthand to our experiences through epic pieces of our culture. As a photographer himself, Azumah Nelson explores how art allows a people so often isolated to “carve out small freedoms” for themselves as not only an act of defiance, but as a necessity to living unabashedly. 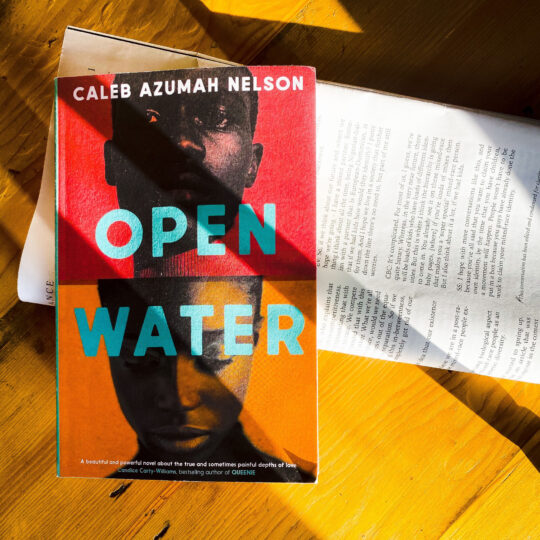 He wails in despair yes, but with so much honesty that you pray that these moments free him. You can’t help but wonder when the last time you allowed that vulnerability to free you.

In one of the most poignant moments in the entire book, Azumah Nelson dedicates an entire chapter to what it feels like to feel with freedom. The grief of our protagonist, though triggered by the loss of his grandmother, feels so substantial you begin to wonder how he managed to keep his cool for so long. He breaks down, isolated, with only the words of his favourite rapper to guide him when he has lost belief in God’s ability to heal him. This moment of revelation does not take place in a church, but rather in his kitchen with headphones on. It is art that reveals that layer of him, as this book encourages us to reveal ours. He wails in despair yes, but with so much honesty that you pray that these moments free him. You can’t help but wonder when the last time you allowed that vulnerability to free you.

It is in that moment that you are reminded that though to love, lose and lust is a universal experience, there is trauma that has the power to rob these young people of the joy they deserve, and it is a realisation that overshadows the rest of the book. Our worst fears manifest themselves in the last forty pages as Azumah Nelson describes in unnerving detail just the level of ugly violence that our couple and their hearts must contend with:

“He had an index finger gripping the trigger, like he was holding onto a lifeline. He looked scared, behind the crumpled forehead, the hard eyes, he looked scared […] because instead of questioning himself, of interrogating his beliefs, of not filling in the gaps, he continues to look at you as a danger.”

To love and be Black is to have to mitigate circumstances that mark you with heaviness that has the capacity to snuff out even the most beautiful love. We see our young man retreat into himself and away from the only person who seems ready to receive him in all of his messiness and fear. It pains you to read about how he diverts the hurt away from his lover, knowing full well that they could have been each other’s salvation.

She reaches for you, and you step back. You feel dirty with your heaviness and fear, and you don’t want to stain her.

Regardless of the bittersweet ending, you have no choice but to respect the conclusions that Azumah Nelson has guided us towards. For those of us who have witnessed first-hand a world that conspires against our happy endings, we are given a gentle directive by Azumah Nelson: “know that there is no solace in the isolation. Let yourself be heard because there are people who hear you.”

With “Open Water”, Azumah Nelson has revealed himself to be one of those people for us, adding himself to that cherished list of truth bearers that we call on, to translate who we are to those who may not understand us. Baldwin’s simple wish “to be an honest man and a good writer” is repeated, like those mantras I mentioned earlier. I can say here, with certainty, that Azumah Nelson has achieved both of those things for himself.

Written By: Ayan Artan – a Somali-born, Leicester-bred pop culture, politics, and culture writer. Her work focuses on critically engaging with intersectional viewpoints, exploring topics such as race, feminine identity, and the migrant experience.

Illustration By:  Pola Maneli for The New York Times