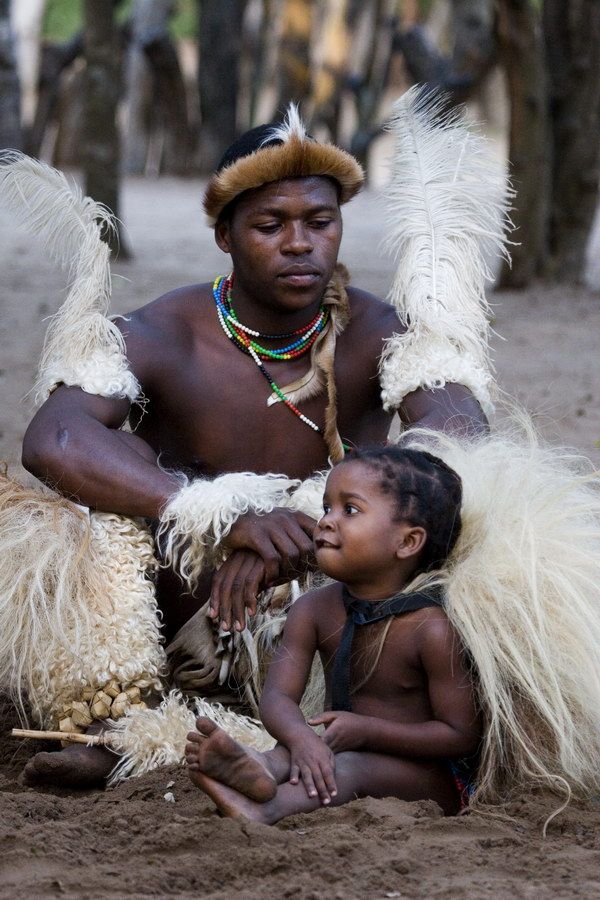 Parenting and Culture: An African Perspective

Parenting and Culture: An African Perspective

Parenting requires interpersonal skills and makes emotional demands (Santrock, 2006). According to Santrock, most parents learn parenting practices from their own parents – some they accept and some they discard. The author argues that when parenting methods are passed on from one generation to the next, both desirable and undesirable practices are perpetuated. These practices may be cultural values which have been passed on from one parent to another.

Culture on the other hand is a way of life of a group of people- the behaviours, symbols, values, beliefs that people accept, not really thinking about them and are passed by mostly communication and imitation from one generation to another.

In the African system, parenting is perceived to take a lot of forms which is able to lead the child to be a responsible adult. Though there are various parenting styles, there are ways in which the African parent brings up a child in order for the child to imbibe the cultural values of the land and also be a responsible adult. Some of these forms of parenting are through story telling (folktales), the extended family, traditional rites and the mother’s care, attention and love. One may ask; are these cultural practices still in vogue? This post is an attempt to take readers through some of the parental cultural practices in some African communities.

In view of that African cultural values as far as parenting is concerned are being forgotten and the western practice is rather adopted. This post will therefore enable readers especially, Africans to be aware of some of the rich cultural practices of parenting. It will also add up to literature as far as parenting and culture in Africa is concerned as well as in the majority world.

Parenting is the process of raising and educating a child from birth or before until adulthood (Self Growth, 2012). Synonymously, parenting refers to carrying out the responsibilities of raising and relating to children in such a manner that the child is well prepared to realise his or her full potential as a human being. This implies that parenting is the process of taking care or supporting a child from birth to adulthood involving the physical, emotional, social and intellectual capabilities. It can simply mean the process or state of being a parent. In fact one can be a parent both to the biological or non-biological children.

According to Baumrind (1967) there are four major styles of parenting. The researchers argue that majority of the parents display one of four different parenting styles. These styles are authoritarian parenting, authoritative parenting, permissive parenting and uninvolved parenting.

According to Cherry (2012), authoritarian parenting style expect the child to adhere or follow the strict rules established by the parents. Failure to follow the rules will result in punishment. Usually, because the parents have ordered, it must be done without explanations and questions. On the other hand, authoritative parents establish rules and guidelines that their children are expected to follow. Nevertheless, this parenting style is much more democratic (Cherry, 2012 & Santrock, 2006). Parents with this style are responsive and ready to listen and cooperate. Baumrind (1991) argues that these parents are assertive but not intrusive and restrictive.

Santrock (2006) also stated that permissive parents have few demands to make of their children. These parents allow their children a lot of freedom. They hardly punish or discipline them (Baumrind, 1991) whiles uninvolved parenting is attributed with few demands and little communication. Though the parents fulfil the needs of the child, they rarely get attached to the child (Cherry, 2012). Similarly, uninvolved parents make few to no demands of their children and they are often indifferent, dismissive or even completely neglectful.

According to Cherry (2012), parenting styles differ due to certain factors. These factors include culture, personality, parental background, educational level, socio-economic status, family size and religion. Of these factors, culture will be used to explain some similarities that exist in parenting in Ghana, Nigeria and Liberia.

Culture is the way a group of people live and it is a learned human behaviour patterns. Tylor (1958, p. 1) defined culture this way: “that complex whole which includes knowledge, belief, art, law, morals, custom and any other capabilities and habits acquired by man as a member of society”.

According to O’Neil (2006), no matter where people live in the world, they share some human cultural traits which are universal. Examples of such “human cultural” traits include: communicating with a verbal language consisting of a limited set of sounds and grammatical rules for constructing sentences, using age and gender to classify people (e.g., teenager, senior citizen, woman, man), classifying people based on marriage and descent relationships and having kinship terms to refer to them (e.g., wife, mother, uncle, cousin). The others are raising children in some sort of family setting, having a concept of privacy, distinguishing between good and bad behaviour, having a sexual division of labour (e.g., men’s work versus women’s work) making jokes and playing games.

While all cultures have these and possibly many other universal traits, different cultures have developed their own specific ways of carrying out or expressing them. So also is parenting. A culture is normally passed from one generation to another, from knowledgeable adult to learning child. Since the adult has imbibed the norms and practices of the culture from older acculturated adults, this transmission is often simply through exposure and through example.

According to Degbey (2012), the family is usually the major source of the basic necessities of life and health; the love and tenderness, food, water, clothing, shelter and sanitation which are made possible by the socio-economic, cultural and environmental conditions. Thus in discussing major issues with regards to parenting, it would be impossible to overlook the functions of the family (Degbey, 2012).

The uniqueness of this system with regards to parenting in traditional African communities is that the responsibility in taking care of the child is not only to the biological parents. This is shared by all in the extended family. This is buttressed by the African proverb on parenting which says that, “a single hand cannot nurse a child”. This implies that although the mother has the responsibility of taking care of the child, the responsibility is being shared by all. According to the author, some of us must have read and heard comments like: “my parents were so poor that it was my mum’s brother or father’s sister, that helped towards my education” or, that “it was my father’s brother that trained me to read medicine, law or pharmacy and it was my in-law that gave me money to go into business”. It is intriguing to know that this system is where a brother trained a younger brother or sister and they in turn help to train younger ones or older siblings’ children. This is why it is even said that even when parents are dead, a child would always have ‘parents’. This is because the extended family is there to cushion or parent the child.

Another uniqueness of this extended family system is that children or the youth stay at home i.e. live with the family until they are ready for marriage. Even if the young adult is staying with the nuclear family, the practice is that you marry before you leave the house. According to Gyekye (1996), growing adults are generally expected to live at home-in the family house and they may leave only after they marry. Even after marriage the parents would still want to offer advice and guidance since they believe they the adults have richer experiences than their children at any age.

“A folktale may be described as a story handed down by oral tradition from mouth to ear among people generally; in fact illiterate, though not necessarily so …” (Dawkins, 1951, p. 417). Dawkins reiterated that many genuine folk stories have been at first literary and passed later into oral tradition. In a similar manner Emery (2012) says a folktale is a traditional narrative, usually anonymous, handed down orally e.g. fables, fairy tales, legends etc.

In African culture Story telling (folk tales) is when the older ones tells the younger ones stories which depict attributes such as giving, caring for one another, selfishness and so on. These elderly people serve as parents in that their word of advice during the story time helps to shape the younger ones. For instance in Ghana, the Spider (traditionally called Kwaku Ananse) is mostly used in folktales as the main character. He is used to depict acts of greed, love, forgiveness, wisdom, pride etc.

One will be reminded that the story time is always in the evening; when the sun is set and all activities have come to a halt. According to Martin (2000) often such stories were told by the light of the moon around a village fire after the completion of a long day of work. It is believed that such times children and the youth will have a good listening ear for advice and what is ahead of them as they climb the adulthood ladder. Let us bear in mind that these stories are not told by parents alone, but by any adult who is depicted as responsive and caring and can impart good morals to the children. This even is evidence that parents are not the only caretakers of the child as he/she grows, but any adult in the community who is responsible.

The traditional African systems as described have gone through the influence of external systems and forces which has transformed the rich parental values we have as Africans. The extended family system which is under pressure is rapidly eroding and failing to fulfil its primary role of socialisation. In the urban areas for instance, the nuclear family is prominently cropping up. Again, the media has taken precedence in our families that children no longer listen to folk stories anymore; they are rather with the television, internet, foreign books and computers. These modernisation gadgets have limited information with regards to African cultural values and proper traditional parenting which can easily be assessed by all. In view of that a lot of young people have lost touch of the rich cultural values we have as Africans.

African culture is rich, it contributes immensely in the upbringing of young people. We should not neglect our culture, because it is that which makes us Africans. Let us embrace our good parenting practices so we can nurture responsible youth for the African continent.