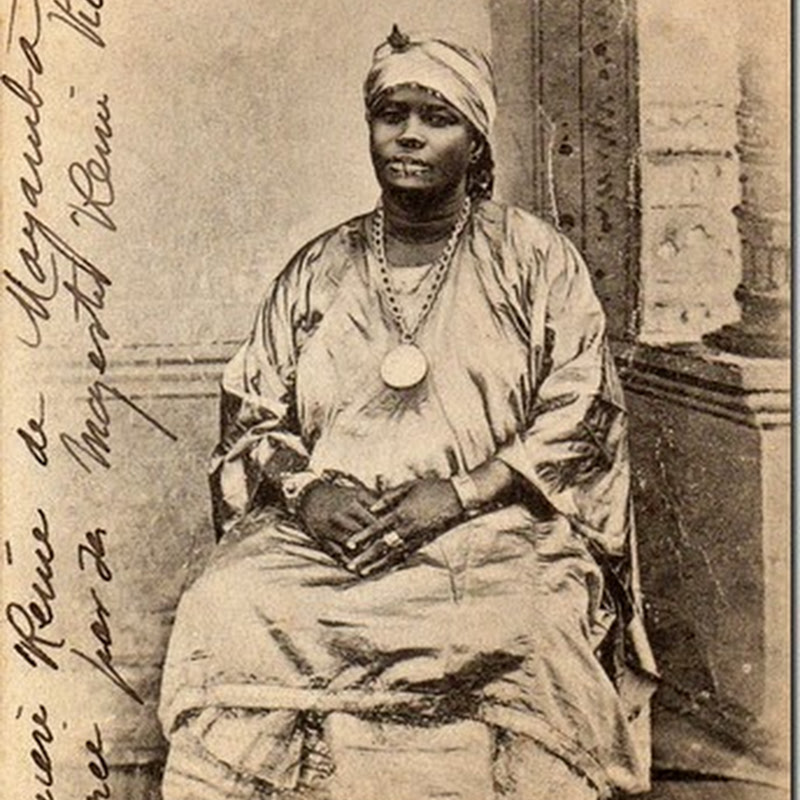 On Lumley beachfront in Freetown, Sierra Leone, stands the Radisson Blue Mammy Yoko hotel. It’s one of the most prestigious hotels in the country, named after one of the most prestigious women in the country’s history. This luxurious resort accommodation is made primarily for the enjoyment of foreign visitors and is entirely inaccessible to the average Sierra Leonean. Madam Yoko’s immortalisation in such tourist complex may be the single greatest metaphor of her legacy.

Born in modern-day Southern Province, in 1849, Madam Yoko’s ascent to power was literally from the ground up and began with her feet. Her given name, Soma, was changed to Yoko upon her initiation into the Sande society, a secret women’s alliance spanning Liberia, Sierra Leone, Guinea and the Ivory Coast. Dancing was and still is a big part of the Sande custom, and she quickly rose to local fame, on account of her graceful dance moves.

Following an unsuccessful and childless first marriage, Yoko wedded Gbenjei, the chief of Tiama. He made her his ‘great wife’, the most favoured among a harem of wives of a polygamous patriarch. In a time where a woman’s ability to conceive was paramount to her value, Yoko remained coveted for her beauty and poise, despite her infertility. When Gbenjei died, another local chief, Gbanya Lango, took Yoko’s hand ‘in memory’ of his friend and moved her to the neighbouring chiefdom of Senehun, over which she would eventually rule. 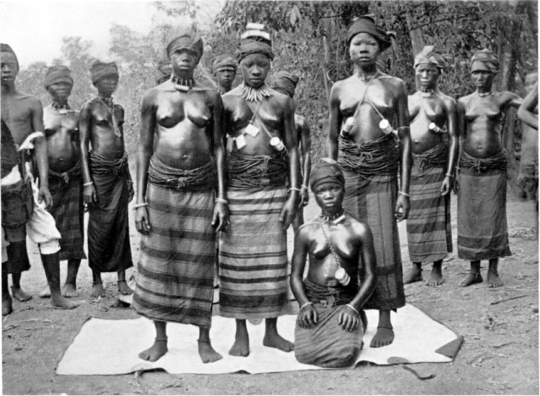 As the British were establishing their protectorate in Freetown in 1875, they seized many regional leaders deemed as a potential threat to their new colony, amongst whom was Gbanya Lango. Yoko made a direct plea to British Governor Rowe for her husband’s release, using her beauty as a means of persuasion. Upon this interaction, Rowe released her husband immediately. With women’s power being dependent on their ties to men, at the time, Yoko used one of the few resources available to her to advance her social desires.

Gbanya was so grateful for her efforts that he began sending her on diplomatic missions with both neighbouring chiefs and the British. Following his death and that of his successor in 1878, Yoko became the first woman leader of the Kpaa Mende. By 1884 she was officially known as the ‘Queen of Senehun’ and for a long time, was treated as such. She was even one of few West African leaders at the time to receive a Silver medal of loyalty from Queen Victoria.

She was the exception for an administration more comfortable dealing with men, especially since a big part of British colonial strategy was to destabilise traditional matriarchal practices. This plan of disruption was specifically employed against communities where women were viewed as wise and acted as the exclusive bearers of traditional medicinal knowledge, such as with the ‘Soweis’ (leaders) of Sande bushes. Yoko was an esteemed Sowei, and her bush was fast becoming the most reputable in the region. Girls initiated through her were elevated to the upper echelon of society, attracting the attention of powerful chiefs and soldiers, under their leader’s influence.

By virtue of her strategic position as head of all the women, her ‘force of character’ and ability to command respect among her gender, Madam Yoko easily won the hearts of the colonial administrators who were desperate to secure allies in the hinterland of Sierra Leone. Hence, with the support of the colonial administration, Yoko expanded her chiefdom to a large and sprawling mende-speaking empire in the southern part of Sierra Leone known as the ‘Kpaa-mende Confederacy’. The land over which she once ruled is now made up of 15 individual chiefdoms.

Sierra Leonean historian Sourie Turay believes it was her flirtation and willingness to collude with her colonial masters that made her a favourite of the British but also lost her the loyalty of her people:

“In the ‘Mende War’ over the imposition of the Hut Tax, Yoko sided with the British, making her subjects pay against the wishes of her own sub-chiefs. This action created a rift between her and her people. Her continued stay in power totally depended on the British.”

Turay posits that Madam Yoko’s end days were mostly spent in a British-ran police station, hiding from the violence she had played a part in instigating.

For many young Sierra Leonean women in the diaspora today, Mammy Yoko is the only national historical female figure that they’re familiar with, but the details of her story remain vague. Speaking with Sierra Leonean women living in London made it clear that knowledge and perceptions of Madam Yoko vary:

“I’ve heard of Mammy Yoko, I know that she was a leader of the Mende people and is connected to the Sande society but I don’t know what that really means or what she did.” said 29-year-old Mahalia.

Whilst 21-year-old Kumba noted, “To be honest, I didn’t know who Mammy Yoko was before today.”

This comes as no great surprise, as Sierra Leonean history never features in British curriculums. Those of us raised here receive only snapshots of our cultural heritage, through parents and other community elders. “My parents just gave us a very PG version of whom she was and how she was known.” remarked 25-year-old, Ayoni.

In truth, Madam Yoko’s rise and subsequent reign were far from PG. Sourie Turay said “she used her beauty and feminine wiles to wield power”. This sentiment is echoed by Lansana Kormoh who said “She used flirtation to garner popularity amongst British commissioners.”

Salacious as she might have been, Madam Yoko has been memorialised in Sierra Leone beyond any other women in the nation’s history. Considering her role in the Hut Tax/ Mende war of 1898 and her role in perpetuating harmful Sandé practices such as female genital mutilation, one wonders if she was a woman worthy of such commemoration or if the country is just so starved of historical female role models that there is no choice but to honour her.

What is indisputable is the fact that her unique position as a woman who went against all odds in a patriarchal society, to rise to the highest position in the largest polity in traditional Mende land, was both phenomenal and exceptional.

Written By: Memuna Konteh – is a 22-year-old Sierra Leonean woman raised in North Yorkshire and currently based in London. She aspires to be the kind of writer who give voices to the marginalised and silenced.  Follower her on Twitter @memandms and Instagram Read more of her work here

Header Image: A photograph of Madam Yoko taken from ‘Report by her Majesty’s Commissioner and Correspondence on The Subject of The Insurrection in the Sierra Leone Protectorate 1898’ published by Scholar Select