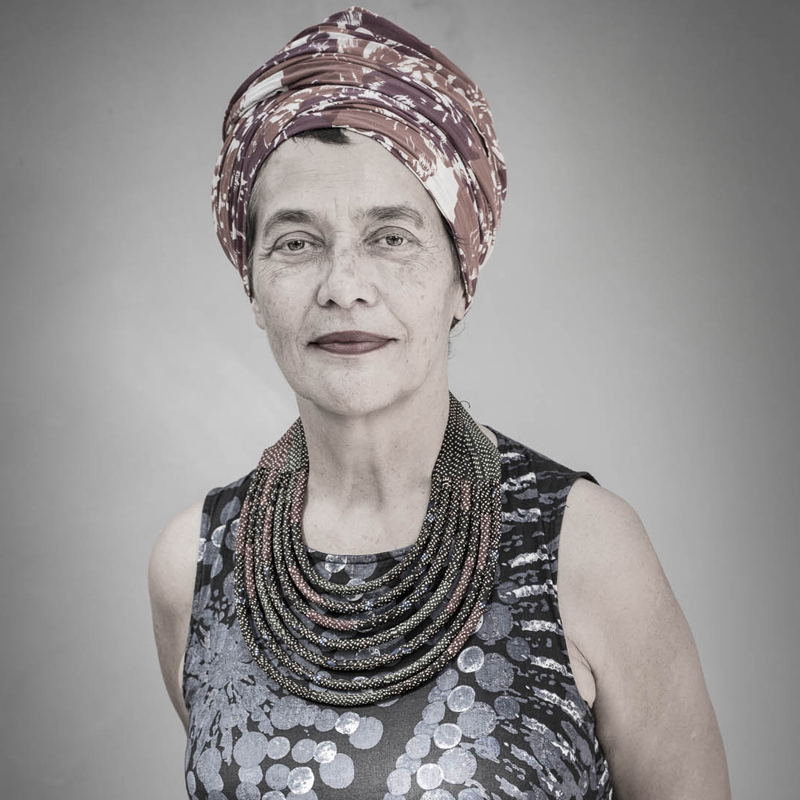 Beyond Intersectionality: Embracing a Decolonial Feminism

Beyond Intersectionality: Embracing a Decolonial Feminism

“Women in the Global South have always been in the front lines of feminist fights, yet their voices are never heard unless they’re instrumentalised. You have to uphold their voices, to read their material, to re-center their narratives.” – Françoise Verges

I consciously became a feminist at 19, when I discovered feminist radical thinkers and their theories at university. They blew my mind; I felt held. Many of my Black Women and Women of colour friends, however, refuse and have been maligned by the feminist movement. White Women’s actions have disillusioned them about the possibility that feminism can ever become a movement about true system change. It has too often been misused to push privileged Women to the top so they can be equally paid oppressors. Mainstream feminism’s deliberate exclusion of non-white/non-privileged experiences has resulted in many brilliant minds saying, “that’s not me”. However, Black Indigenous Women of Colour (BlWOC) have long defined their own feminisms that emphasise the interconnection of all social justice struggles and give us frameworks to collectively work towards radical change.

Mainstream feminism, which is understood to serve the good of all ‘Women’, historically relies on hierarchies. White middle-class Women place themselves at the top and crown themselves as the spokeswomen for all female humanity. Of course, their perception of justice differs greatly from the majority of Women and so they often harm BIWOC and poor Women through silencing their voices under the banner of global sisterhood. Kimberlé Williams Crenshaw’s analytical framework of intersectionality arguably saved feminism from becoming a movement in which, to quote bell hooks, “females of all ages [act] as though concern for or rage at male domination or gender equality [is] all that [is] needed to make one a ‘feminist’… [erasing] the notion that one [has] to learn about feminism and make an informed choice about embracing feminist politics to become a feminist advocate.” Intersectional feminism is concerned with the ways in which the social categories of gender, ability, age, race, sexuality, nationality, religion, and class reinforce one another to produce marginalised individuals. It challenges the western-centric practice of caging people in binary categories, which has created a complicated system of hierarchies.

If there is a box for men and a box for Women, the most powerful voices in these boxes are white. Similarly, if there is a box for Black people and a box for white people, the most powerful voices in both boxes are men. A Black Woman is not heard in the black box nor in the Woman box. A Black disabled Woman even less, a Black disabled poor Woman even less so. The #MeToo movement is a recent example of the lack of intersectional awareness in mainstream feminism. While it has been widely celebrated for its momentum and impact, hardly anyone mentions that the campaign was launched in 2006 by Tarana Burke. Burke is the Afro-American woman who started #MeToo to promote “empowerment through empathy” among BIWOC who have experienced sexual abuse, particularly within underprivileged communities. Her project was relatively unknown until more privileged women adopted it. This shows how the voices of BIWOC continue to be side-lined whereas white women are given public platforms.

While I am grateful to Crenshaw for gifting us with the intersectional lens, there are limits to her framework. I believe that analysing oppression solely through the lenses of our given identities is not enough to understand its complexity

Crenshaw’s approach stirred conversations away from “all women are oppressed by the patriarchy” to “oppression manifests differently for different women”. Intersectionality acknowledges that there are more factors than gender that we need to revise. Rather than imagining a universal Woman, listing difference serves to highlight those who are absent from feminist/political discourse. While I am grateful to Crenshaw for gifting us with the intersectional lens, there are limits to her framework. I believe that analysing oppression solely through the lenses of our given identities is not enough to understand its complexity, especially when it comes to the Global South. Intersectional thinking complicated mainstream feminism and allowed feminists in the west to engage in more meaningful conversations. But, in Francoise Verges’ words, we must “define a feminism [that] racialised women who’ve been leading anti-colonial and anti-racist fights can associate themselves with.” In creating our own worlds, our first step must be to create our own feminist movements. As a Black European teaching a course on Feminist Studies in Egypt, I have witnessed and learned from different feminisms across the globe and have come to embrace decolonial feminisms. From Palestine to Columbia to Kashmir, colonial power structures and imperialism shape the oppression of women. In understanding coloniality, we get closer to practicing sustainable solidarity.

The term was first proposed by María Lugones, a feminist of Argentine origin living in the US who returned to Latin America to witness the revival of Latin American thinking. Decolonial feminism combines the politics of gender with critical race theory and an analysis of imperial power structures. From a decolonial feminist point of view, mainstream western-centric feminism not only means a movement mostly supported by white Women, but rather a movement that sustains colonialism and systems of white supremacy instead of uprooting them. Decolonial feminisms honour and complicate intersectionality by adding cultural, geopolitical, and historical lenses to their analysis. For example, in many African and indigenous cultures, gender identities do not subscribe to the western man/woman binary. To understand these contexts, decolonial feminism complicates intersectional thinking: what if western-centric boxes do not exist, what if there are so many more boxes than just man/woman?

Liberation does not mean becoming equal to men, and being incorporated in heteronormative, ableist, patriarchal, racist, capitalist systems

Rather than a pattern of intersections or criss-crosses, decolonial feminists see a single matrix – the racist modern/colonial gender matrix. Unmaking this matrix means questioning the origin of the gender binary (man/woman) and modern colonising structures and exploring ways to move beyond it. BIPOC feminists at the forefront of this, tracing societal structures that existed before the European conquests and deconstructing how our perceptions of humanity, economy and sexuality are still dictated by neo-colonialism. Decolonial feminists believe that there is no decoloniality, and thus liberation, without undoing modern gender perceptions, because liberation does not mean becoming equal to men, and being incorporated in heteronormative, ableist, patriarchal, racist, capitalist systems. Instead, they affirm that transformation is possible, that our fates are not sealed at birth, that borders, prison walls, and other regulatory barriers can be undone, and that biology is not destiny.

In the Global South, Women have been critiquing how western Women have colonised their experiences through producing a homogenous Third World Woman who is generally oppressed by the Third World Man and needs saving. Ochy Curiel explains how the connection of sexism, racism and the colonial gaze on non-western peoples has made non-white populations into things that can be studied and explained, rather than respecting them as humans. Verges gives the mainstream vs. decolonial feminist debate in contemporary France as an example: “European colonists were obsessed with unveiling North African women, and similarly, civilizational [meaning mainstream] feminists confuse women’s liberation with unveiling. […] They’ve been invited to every public debate on the veil since, and they’ve no desire to hand the mic to French Muslim women.”

Decolonial feminisms challenge the universalism of western-centric feminism and centre marginalised women in our conversations, accepting that what we understand as liberation can feel oppressive to others. We usually speak of many feminisms, or local feminisms, that fight heteropatriarchal systems in ways they see fit in their context. Considering how European conquests shaped our societies into the oppressive systems that they are now, decolonial feminisms dissect and respect experiences globally; following these analyses allows us to grasp the complex dualities that we navigate as people challenging power structures and narratives that de-centre white supremacy and colonial legacies. We can then develop multi-vocal decolonising theories and practices, refusing to be integrated within a heteropatriarchal neo-colonial system and instead working towards radical transformation.