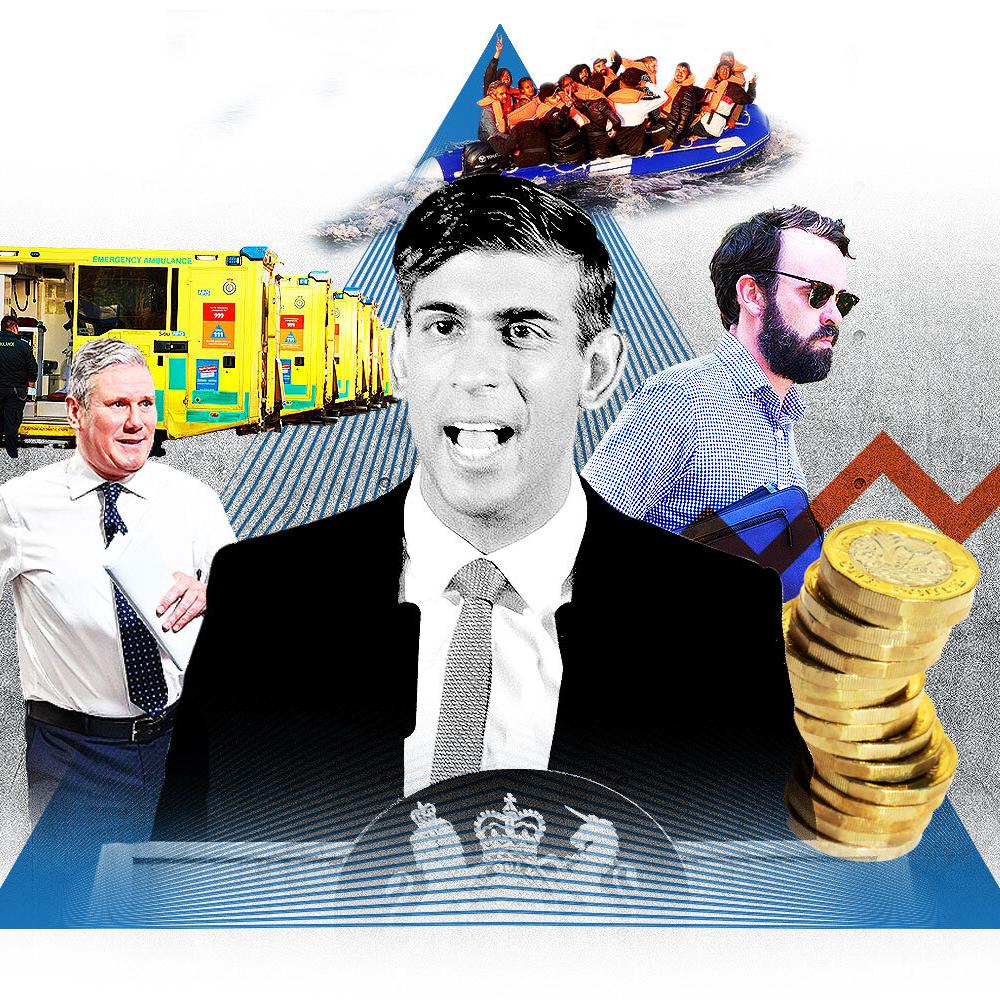 Rishi Sunak’s promise to reform the NHS, halve inflation and ‘stop the [refugee] boats’ comes as 19 children in the UK, whose identities are withheld, died from severe cases of Strep A this winter.

Huge pitfalls identified in the production of the antibiotic in the UK have been investigated by the Competition and Markets Authority (CMA) who oversee trade and free market activity as drug companies such as Kent Pharmaceuticals, AAH and Sandoz among others, are suspected of trying to increase profit by illegally raising prices of the antibiotics used to treat Group A Streptococcus (Strep A) during a surge in demand.

Some pharmacists say they are being charged up to £19.00 for a box of antibiotics that normally cost only a few pounds. They claim they’re losing thousands of pounds a week being able to recoup a small fraction of what the drug costs from the state funded NHS further limiting supply.  The impact of the Strep A epidemic on primary care, 111 and A&E departments has left extremely unsafe and impossible to manage[i] conditions.

According to the British Medical Association, high numbers of flu and Covid-19 cases in the UK, as well as lack of hospital beds and record high waiting times to see a doctor or get an ambulance are a result of chronic government underfunding.

Phil Banfield, the chair of the BMA, said the current situation in hospitals was “intolerable and unsustainable”.

“Instead of criticising frontline doctors, nurses and paramedics for wanting to be valued and given the facilities to provide treatment and care, the government should deliver on its obligations to the public.”

Since winning plaudits from Conservative backbenchers for “steadying the ship” after the chaotic reigns of Boris Johnson and Liz Truss, Rishi Sunak set out his Conservative government’s priorities in his first major speech of 2023, most notably improving the NHS, halving inflation and immigration.

The unspecific vague promises made play out of tune in a speech devoted predominantly to tackling strike action by nurses and stopping refugees from crossing the English Channel to claim asylum in the UK – the latter being a huge priority for him and others in his cabinet during his term in government.

On the NHS, he pledged 7,000 more hospital beds, however he made no reference to huge staffing shortages (primarily, doctors, nurses, ambulance drivers and specialist consultants), or the ongoing privatisation, or wards with outdated equipment and minimal investment in facilities and buildings.  He didn’t discuss opportunities to improve workers’ wages in line with inflation – nurses, in particular having seen no real-term pay rise over the last decade.

He says the government have ‘stabilised the economy and people’s mortgage rates’, and yet measures taken to control inflation by increasing the cost of borrowing have been unsuccessful and failed to hit the government target to decrease the UK’s rate of inflation to 2.00% from 10.7%.   The Bank of England base rate increased by 0.75% (the highest it’s been since 1989) in November last year, and last month the average two-year fixed rate mortgage was 5.84% up from 2.43% for the average borrower.

The High Court ruled processing deportation of asylum seekers in Rwanda before their claims to asylum are even considered was lawful – in the face of a legal challenge with support from charities, campaign groups and human rights lawyers.  They argued that Rwanda is not a safe destination for refugees and that the scheme breaks human rights laws.

One woman, Hayat[ii] left Eritrea in northeast Africa in 2016 when she was just 16. Her journey to find safety, began on foot to Sudan, then Egypt, Italy, Switzerland where her claim for asylum was rejected twice, and then France. Hayat waited two months in the French port of Calais to cross the Channel, before she travelled in “a small boat with a lot of people” paying 500 euros.

Net migration rates have been on the decline[iii] since 2008. When the PM pledges, “to pass new laws to stop small boats, making sure that if you come to this country illegally, you are detained and swiftly removed,” he fails to articulate any acceptable solutions to existing labour shortages across many sectors and reach agreement on wage demands coming from rising levels of inflation.  He also didn’t account for the fact that the cost associated with a visa application, the rise in cost of living and overwhelmed NHS discourages migrants from coming to the UK.

When the Nationality and Borders Bill passed in parliament on 28th April 2022, the focus of the debate was on competence and cost, the shadow government challenged this saying it was ‘unworkable, unethical’ and ‘extortionate in their cost to the British taxpayer’, failing to challenge politically its principle or the bill’s intrinsic racism.

His pledge to ease the cost of living and give people financial security, comes at a time when 1 in 5 people could be paying off debt from the festive period until Easter. Credit management company Lowell, saw an increase of almost 50 per cent of credit card borrowing to fund the holiday. Over Christmas increased pressure to pay back money quicker as interest rates increased the cost of borrowing.

Rishi Sunak’s real major flaw is how he and his party fails to relate, not just to the issues faced in the world today; poverty, healthcare, refugee rights, climate change but to us, their electorate.  A swift step back is needed by government right now to listen and learn so that society is able to prepare future generations to tackle difficult challenges. To take the lead on these global issues the conservative government – who are hard to listen but quick to undervalue, need to stand down. Whether you believe they will deliver these promises or not, the outlook for the foreseeable future for the UK citizen without being unified from inspired, visionary leadership is what will be at stake over the coming year.

The next general election is due to take place by the end of 2024.

Written By: Abigail Cleo Yartey is a writer, creative and thinker from the UK, currently working on an adaptation of the book, Petit Pays by Gaël Faye. Writing by Abigail can be seen in AZ Mag, Red Pepper, Little White Lies, Alt Africa Review and The Morning Star.

[i] https://www.bramblysgrange.co.uk/practice_news/practice-update-on-strep-a-epidemic/ [ii] Hayat’s name has been changed for this article [iii] data from the United Nations World Population Prospects records https://www.macrotrends.net/countries/GBR/united-kingdom/net-migration