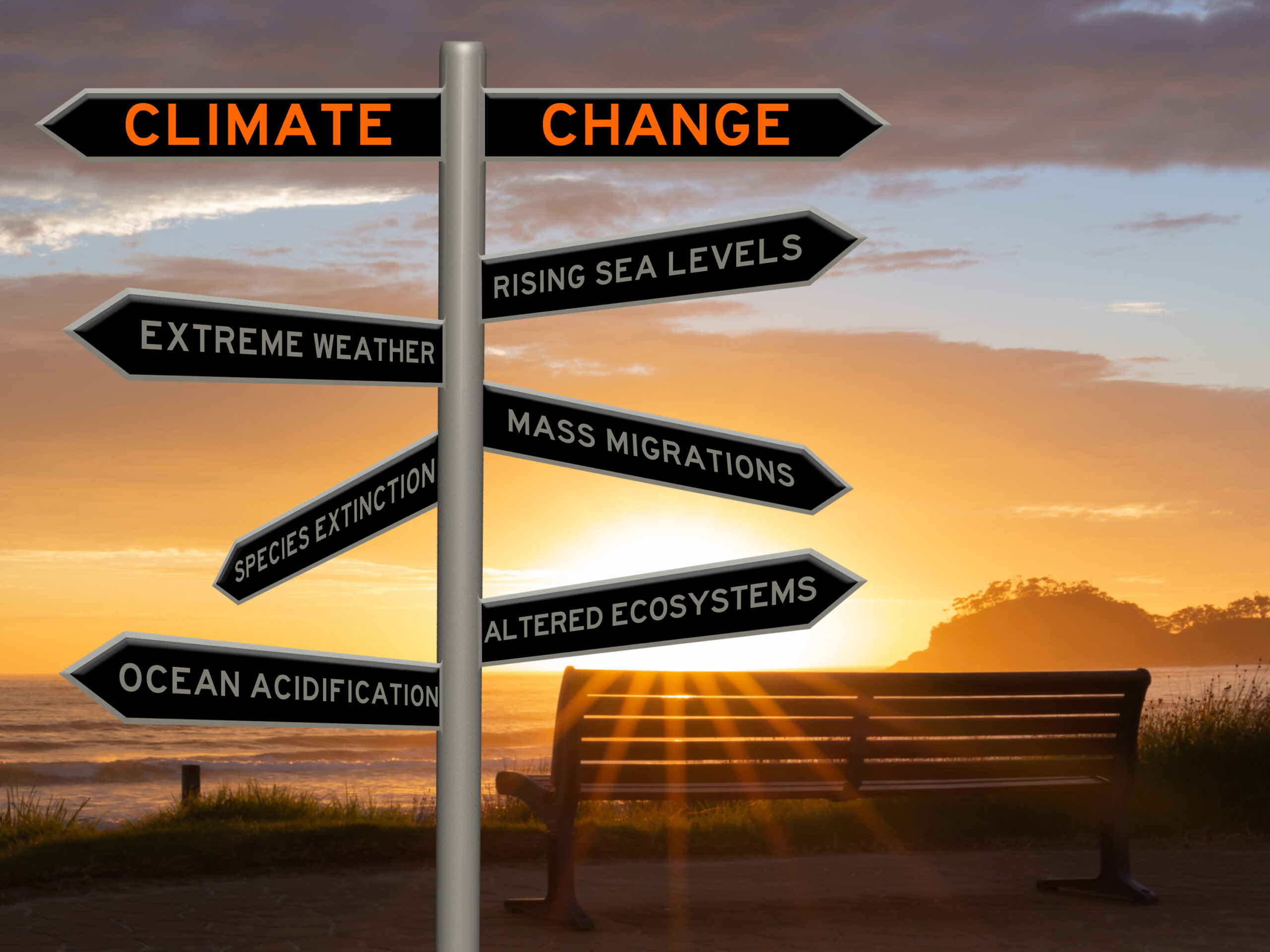 Countries in the Global North overwhelmingly produce most of the world’s carbon emissions, yet nations of the Global South suffer the most social and economic devastation from environmental disasters.

The recent evacuation of St. Vincent and The Grenadines, following the eruption of Mount La Soufrière, served to highlight climate change’s impact on the Global South. Bearing witness to the environmental circumstances that incubated the forced migration of the country’s citizens to neighbouring islands, we see how climate-induced migration extends beyond economic and political contexts.

In April of this year, the nation of St. Vincent and the Grenadines experienced its biggest volcanic eruption since 1979. Tens of thousands of residents were forced to evacuate to neighbouring islands. The explosion left homes destroyed, cut water supplies and wiped out agricultural landscapes. Upon hearing the Prime Minister of Saint Vincent and the Grenadines’ plea for global powers to provide generous support, the UK illiberally provided £200,000 for its former colony. This lack of support from countries in the Global North to the Global Majority, who disproportionately suffer the consequences of climate change while creating the least amount of pollution, perpetuates a form of eco-imperialism.

Research from Oxfam states that the world’s richest 10% are responsible for 50% of global emissions, and they continue to largely invest in fossil fuel production. All the while, developing nations are predicted to suffer up to 80% of the costs of climate change, bearing the brunt of prolonged drought, rising sea levels, hurricanes and environmental degradation. Yet, Western institutions deny the Global Majority the resources needed to adequately deal with the impacts of increasingly volatile surroundings, often turning a blind eye to the colonial and neo-colonial structures that uphold the socio-economically dominant positions they occupy. 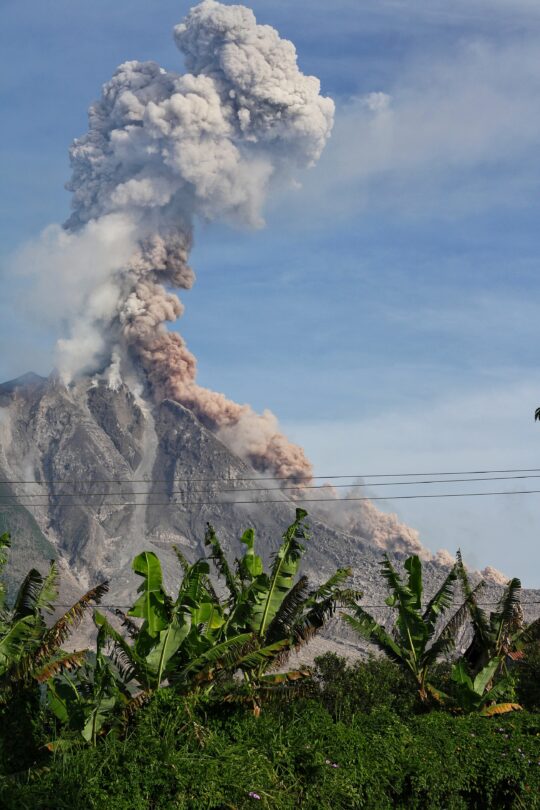 Image by Suhairy via Pexels

Concurrent extreme weather events have caused such devastation that areas become unlivable. For instance, the 2017 Atlantic Hurricane season resulted in three million climate refugees across the Caribbean in the space of just one month. Furthermore, Hurricane Maria decimated Puerto Rico, creating a humanitarian crisis, which is likely to see 80,000 more residents flee the country by 2024. For those leaving, intercontinental migration follows old colonial relationships where peoples move to more economically affluent nations with advanced infrastructure in the Global North or colonial homesteads. St Vincent and the Bahamas look to the UK for support while Puerto looks to the USA, for instance.

Further compounding eco-imperialism is the legacy of colonialism at the behest of the richest 10%, which has left a trail of underdevelopment and insufficient resources within numerous regions. This poses contemporary vulnerabilities in housing and infrastructure, which accumulates risk and impact to such hazardous weather. As a result, countries in the Global South countries are heavily reliant on Western aid. For example, in late June, The UK Minister for Africa announced that Britain would invest £150 million into reforming Sudan’s economy, with the aim of stabilising inflation and relieving poverty. Despite this perceived ‘generosity’ on the UK’s part, this is simply not enough. Making up 0.87% of the global population, the UK produces 1.1% of the world’s emissions, making it one of the leading over-consumers on the planet. The 3% of British aid reserved for Global Majority suppliers does not fix the major environmental degradation at the hands of its populace. Nor does it undo its colonial past, as evidenced by the country’s unwillingness to protect members of its former colonies.

Indeed, colonial (under)development has significantly limited preventative measures, as per the devastation left by Hurricane Dorian, which struck the Bahamas in 2019. Properties in more affluent and international neighbourhoods withstood the wrath while shanty town shacks belonging to local Afro-Bahamians and Afro-Haitian migrants were annihilated. Historical development coupled with neglect is what is turning natural hazards into humanitarian catastrophes.

To add to all of this, countries in the Global North continually deflect responsibility and their contribution to the crisis by criminalising the Global Majority through policies on immigration. Desperate refugees arrive at European borders only to be chastised as leeches. Although not all refugees are BIPOC, the term is politically coded as such, leading to smear campaigns concerning ‘white replacement’ and resource depletion. Ironically, BIPOC have fallen victim to numerous racial cleansing tactics employed by white colonialists and are responsible for the acquired wealth of many of these countries via slavery and expansionism.

Europe’s laws on immigration rely on the 1950’s Refugee Convention to define refugee status, and climate change does not qualify as a reason for acceptance. Additionally, British immigration policies, such as The Commonwealth Immigration Act 1962, were designed to deter ethnic minorities from entering the country. Moreover, unlike political asylum seekers and immigrants escaping conflict, climate migrants may have no home to return to.

Inequality and discrimination factors are missing from climate crisis discourse, and they’re especially important in informing the risks that the Global Majority faces. Understanding the historical context that drives mass movement is essential in order to mitigate the ramifications of climate disasters, especially against the world’s most vulnerable communities. Additionally, we must also address contemporary means of discrimination, such as unequal negotiating powers in climate action. Take male/ female parity, for example. Of the UK’s COP26 leadership team, women make up less than 25% of the representation. We must recognise the inextricable link between climate change, crisis and inequality. Until issues like these are rectified, countries of the Global South will continue to suffer for circumstances that they have little control over.