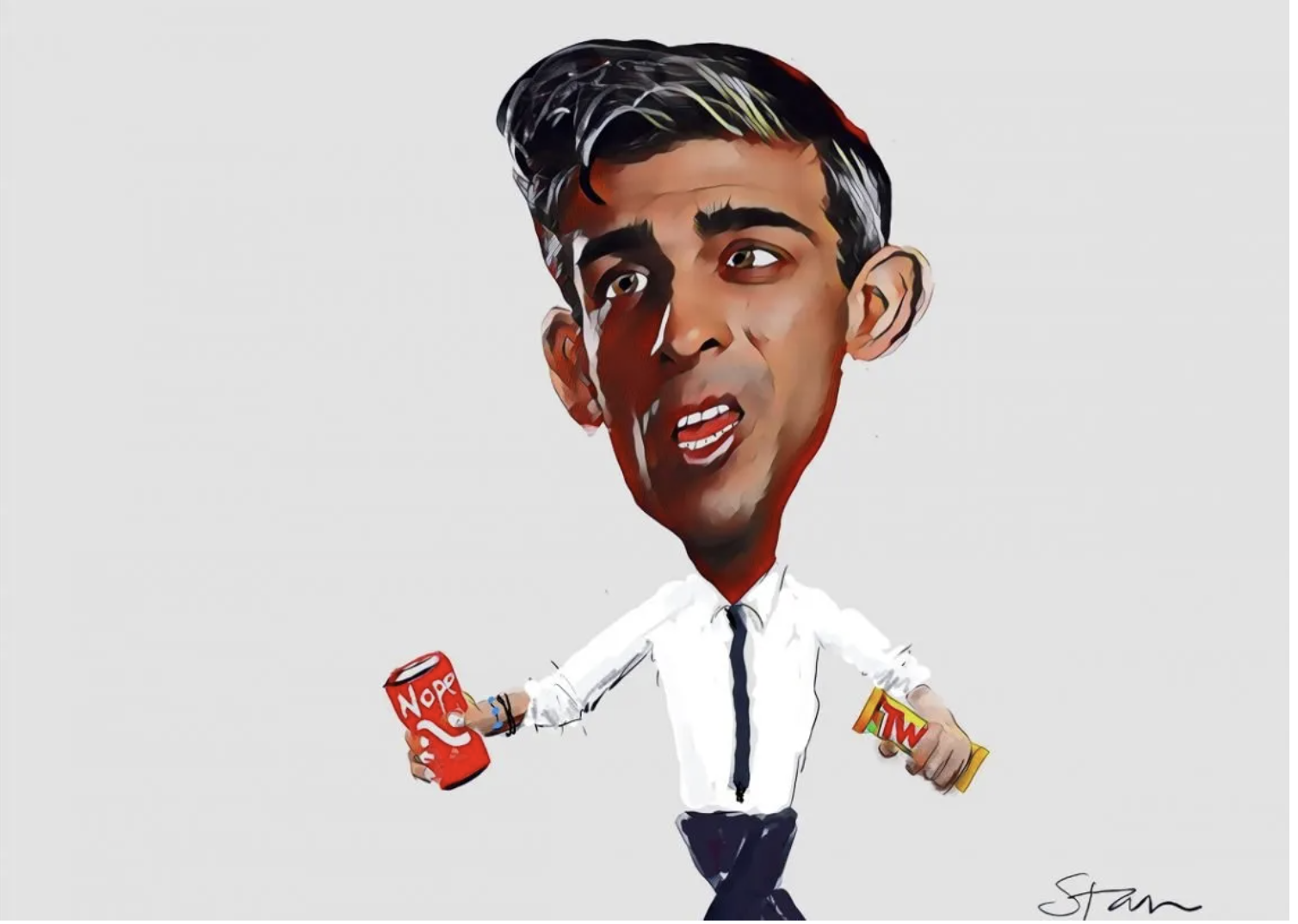 Born in Southampton, a small port city in the south coast of England, his father was born in Kenya, and his mother in Tanzania (former British colonies and territories respectively), which means Mr. Sunak’s triumph will be seen as a significant milestone for Britain’s Indian diaspora, whose long struggle against racism and prejudice is rarely a prominent issue in British politics.

Britain is home to a vast community of people with roots in India, which it ruled as a colony for nearly a century before India won independence in 1947. As many as 1.5 million people of Indian descent live in England and Wales, making them the largest ethnic group after white Britons.

Rishi schooled at the posh Winchester College (a private boarding school, with an annual fee of £46,000) where he was head boy. He graduated from Oxford University (Economics) and then Stanford (MBA) and became a banker, working for Goldman Sachs and other hedge funds before entering politics.

Rishi arrived at the House of Commons in 2015, representing the constituency of Richmond (Yorks), later becoming Chancellor of the Exchequer. 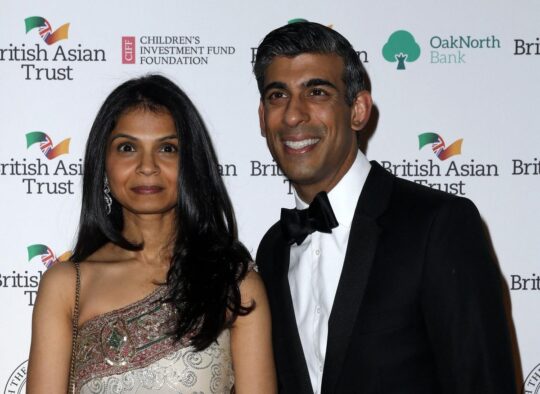 Rishi Sunak and Akshata Murty pose for pictures during a reception to celebrate the British Asian Trust at The British Museum. Photo: TRISTAN FEWINGS/POOL/AFP via Getty Images.

He has two children and is married to Akshata Murty, the daughter of Indian billionaire N.R. Narayana Murty, who co-founded the IT-giant Infosys.

He is Hindi and became PM during Diwali, the five-day festival of lights. Not to mention it’s still #BHM – so this is a triumph for Equality, Diversity and Inclusion, right?

He is hailed as helping businesses during the height of the pandemic, guaranteeing wages via the Furlough Scheme, in effect borrowing loaned government money. He also infamously encouraged us to ‘Eat Out to Help Out’ to prop up the ailing hospitality sector.

During his campaign, he warned Truss that her ‘sugar rush’ policy of tax cuts and energy price subsidies will cause markets to crash and send interest rates soaring. She obviously failed to heed the warning.

His enormous wealth and that of his wife’s (estimated fortune of £730m) is a hot topic and many fear his politics will be more about protecting the interest of the elite, than effecting change for working class people, who are warring with a real cost of living emergency.

In this short clip, we see how Rishi is just as racist and Xenophobic as his fellow CONservatives.

Fanning the flames of wokeism and political correctness, he espouses Anti-Black rhetoric. Hardly surprising, this is Tory propaganda 101.

Stating he will give police more powers to ‘stop and search’ suspects is overtly telling his base, he will crack down on criminals – in this case Black people, who are 9x more likely to be stopped and 3x more likely to be detained than white people. Moreover, Black young people increasingly receive custodial sentences. In the year ending March 2019, 27.8% of people in youth custody were Black – more than double the percentage in 2006. While only 13.3 % of Londoners are Black, in September 2018, 80% of the names on the Gangs Violence Matrix belonged to Black people.

He mentions that ‘grooming gangs’ target young girls, but is not readily talked about, owing to the inference that the perpetrators are Muslim men of Pakistani heritage. But Home Office research found that group-based child sexual offenders are most commonly White.

Such racial tropes and myths used to be fringe views, held amongst far-right extremists, but have made there way into everyday mainstream discourse. It’s also an ideology peddled by our new unelected PM.

Representation matters, and many will view his appointment as a victory, but this doesn’t mean that meritocracy wins the day. Social mobility is still unattainable for most people, racialised as Black or Brown. His privilege cannot be ignored.

Halima Begum, chief executive of Runnymede Trust, a research institute focusing on racial equality, called Mr. Sunak’s triumph a defining moment. “It is a poignant and symbolic moment for a grandchild of the British Empire to take up the highest office of the land,” she said. It will be interesting to see if Sunak reverses the immigration policy to offshore asylum seekers to Rwanda, or continue to dream about them taking flight to far-off lands like former Home Secretary Suella Braverman.

Whether the government deems the UK to be institutionally racist or not, Rishi’s statements are racially charged, and he will encounter trolls on and offline. His wealth will not insulate him from the bigotry he will face.

Just like Obama, having a token ‘person of colour’ will not advance our cause. Indeed, I think our lives will get worse over time.

Leaders in the West need to look inwards and quench the rising tide of anarchy, rebellion and hopefully revolution