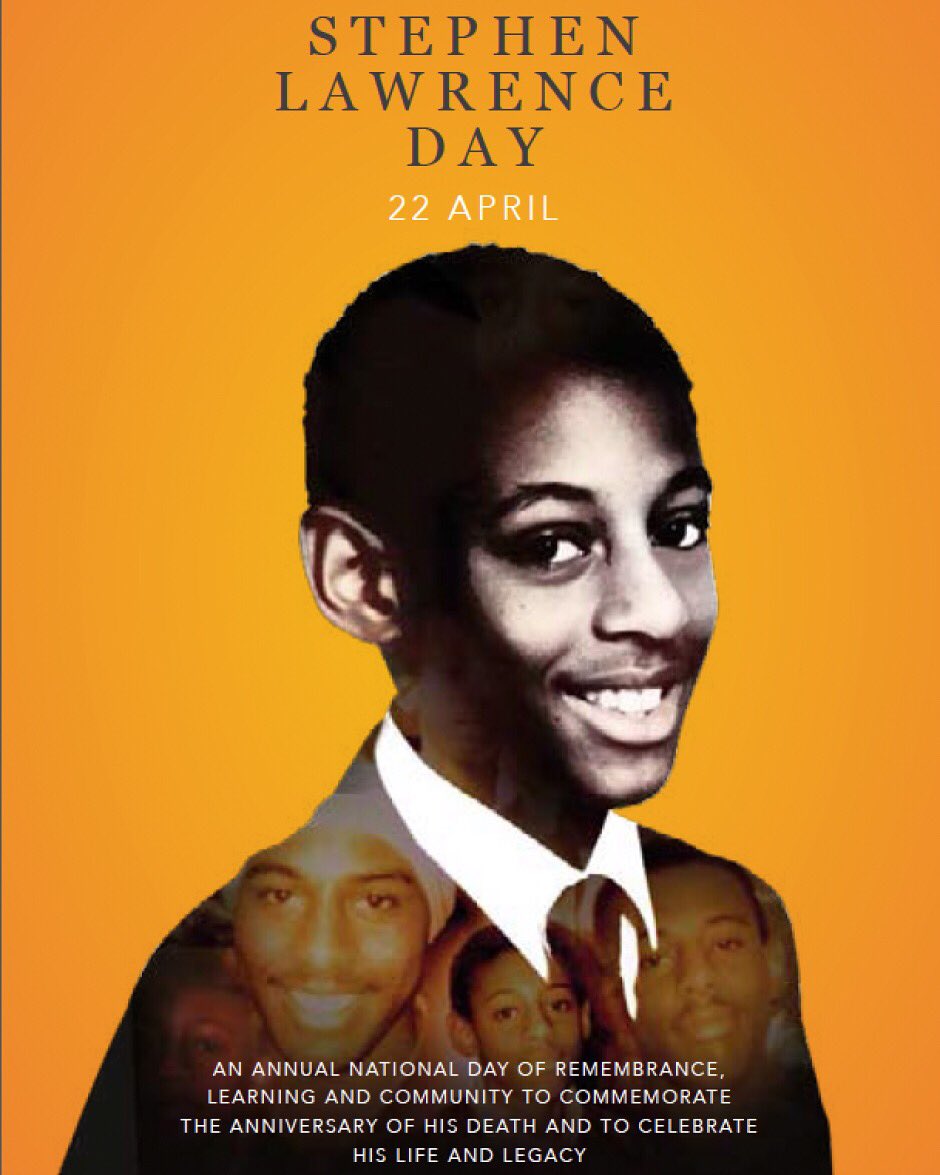 The Day was established by the former Prime Minister Theresa May, on the 25th anniversary of Stephen’s death.

Stephen Lawrence was a Black British teenager who was murdered in an unprovoked racially motivated attack while waiting for a bus in Eltham on the evening of 22 April 1993.

His death and the subsequent police investigation raised serious issues about police practice, highlighting institutional racism within the police, and wider attitudes in this country.

In the wake of Stephen’s murder, activists drove forward anti-racism and equality reforms, changing the law, practice and attitudes.

Stephen Lawrence Day is about the part we all play in creating a society in which everyone can flourish. It is an opportunity for children and young people to have their voices heard, make the changes they’d like to see and create a society that treats everyone with fairness and respect.

The pandemic has shown us why our local communities are so important and how we can pull together to create real, meaningful change.

Through Stephen Lawrence Day we want young people to be inspired about what they can achieve in their own lives. We want them to get involved in creating the kind of community they want to live in, and we want them to have a strong voice in building a fairer and more inclusive society.

We want you to join us in creating a society in which everyone can flourish. The objectives of the day are to:

Getting involved in Stephen Lawrence Day is a chance to be part of a national conversation and show your commitment to creating a fairer society in which everyone has the opportunity to live their best life. This year, in particular, it is a chance to show how small changes and simple things that we can all do can make a huge difference.

The day is coordinated by the Stephen Lawrence Day Foundation, which was founded by Stephen’s mother Baroness Lawrence.