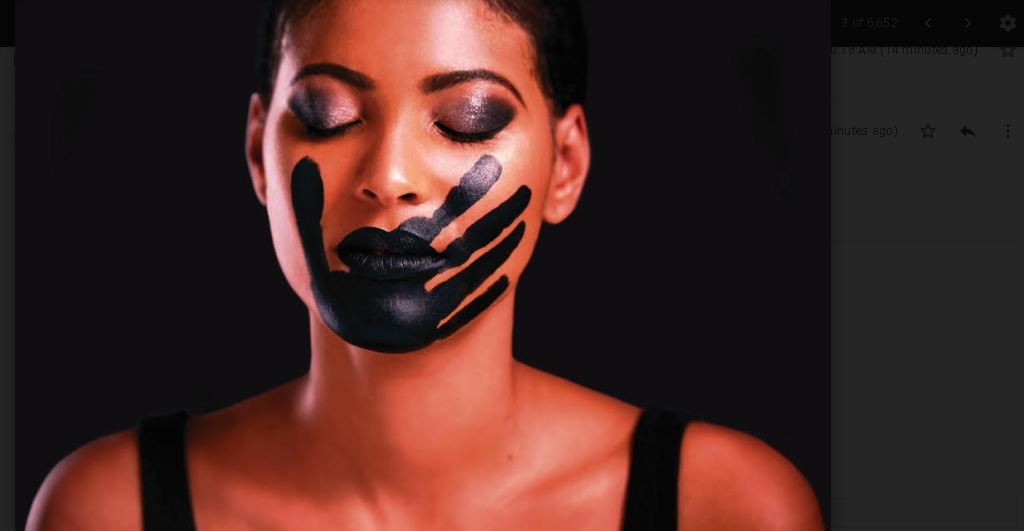 In recent years, many young Women’s lives have been thoroughly shattered by several ill-famed sexual abuses that occurred online. In a society that regards sexual privileges as a bona-fide reserved right for men alone, this patriarchal mentality has empowered some men to engage in the immoral activity of posting nude pictures, videos, or sex tapes of Women without their consent with the intent of humiliating them publicly. It is imperative to note that there is a difference between revenge pornography and other forms of pornography. For one, revenge pornography is often distributed without the consent of the victim involved, even though it is often made by them or with their consent.

One would think that most people typically affected by this violence are average citizens, however celebrities, influencers and role models are also at the receiving end of image based abuse. This form of misogyny affects us all.In 2019, it was reported that a Ghanaian student almost committed suicide after her sex tape was leaked on the internet. Recent accusations have come to light from celebrity Tonto Dikeh against her ex-partner whom she claims was threatening to post nude pictures of her after their recent split. Also, Babcock university in Nigeria expelled female student over leaked sex tape.

Therefore, there is an urgent need for conversations with regards to making the internet safer for Women as research indicates that nonconsensual pornography causes a similar trauma experience to sexual assault. Lockdown during the rise of the coronavirus pandemic made internet and non-internet users very dependent on the web. Hence, revenge pornography which is described as a form of cyberbullying got worse during the lockdown phase of the pandemic.

REVENGE PORNOGRAPHY IS VIOLENCE AGAINST WOMEN

“I was in my second year at university when it happened. We had a fight and some days later I broke up with him. When I told him I wasn’t interested in the relationship anymore, he begged endlessly, but I had made up my mind. One week later, I woke up to my friends sending me nude pictures and videos that I had sent to him while we were still dating. The pictures and videos circulated really fast, and I was scared that my parents may see them or worse, that I may be expelled. I wanted to report the matter to the police, but with the way everyone blames the victim, I was scared that the police would do the same. So, I didn’t, and just hoped everyone would forget about it eventually. That was a very painful experience in my life, I almost killed myself”.

A crime has been committed when a person makes a conscious effort to betray the trust of another and intentionally post naked images or videos of them online to humiliate them and ruin their reputation. In this case the focus should be on punishing the perpetrator. When society blames the victim; it provides a shield of protection for the perpetrator, helping to deflect and dismiss their crimes. We make it seem like it’s okay to humiliate Women for having sex or sharing intimate pictures with a partner, which is a wholly sexist and regressive practice. It also breeds resentment between both genders when you tell Women it’s their fault for trusting men. This subtly encourages distrust in heterosexual relationships. The experience, isolation, unfair judgement, and victim blaming survivors go through often keeps them in endless trauma and upholds the patriarchal system that fails to punish men for abusing Women.

The Ghanaian government passed the Cybersecurity Act 2020 into law, thereby, criminalising the publication of indecent or nude photos of children. Also, the law punishes cyber activities involving sexual abuse of children and adults – including child grooming for sexual abuse or aiding and abetting, or cyberstalking of a child with five to 15 years in jail or payable fines of between $5200 and $10,000 (GH 30,000 to GH60,000).

Under the Nigerian legal system, The Cybercrimes (Prohibition, Prevention) of Section 24 states that – “any message of an indecent, obscene or menacing character or one that is grossly offensive and pornographic shall be liable to a fine of not more than seven million naira or imprisonment for a term of three years or both.” Under the Act, there has been just one record of one conviction by the Court to date, of a jilted lover who, after unsuccessfully attempting to blackmail his former lover into paying a sum of money, uploaded her nude pictures online.

The need to protect Women online and affirm a commitment to our safety is essential, because with the advent of technology and readily available technological tools, more people than before depend heavily on the internet where this menace occurs. Firstly, society needs to be educated on the diverse effects victim blaming has on survivors and unlearn previously held prejudice. Also, with the prominence of social media usage, the majority have little knowledge on what steps to take towards minimising the harm. A lot of education needs to take place – in schools, homes and workplaces.

Also, there is a need to implement a better legal framework for this crime which includes stricter laws with lengthy jail terms for perpetrators. It is imperative that sterner punishments should be given to those found guilty, as this would serve as a deterrent to would-be offenders.

Written By: Deborah Dzifa Makafui – a budding young writer, author, student journalist, creative words-weaver, and a big lover of knowledge from Ghana. Her central niche lies in Journalism, but her interests cut across more than one field. You can read more of her writing here and connect with her here