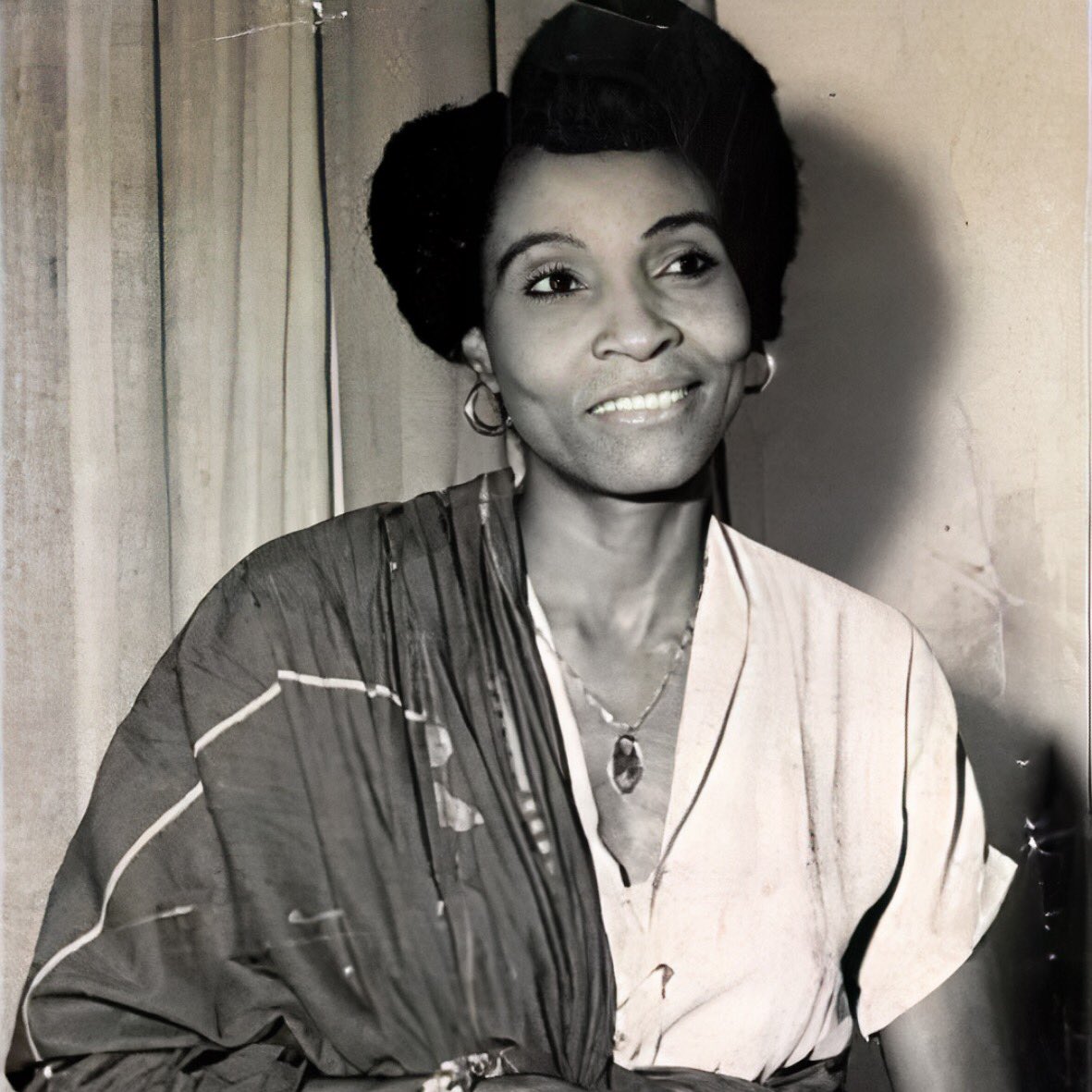 When discussing the history of activism and political development during Nigeria’s fight for independence, Lady Margaret Ekpo’s contribution cannot be ignored. She is credited as being one of the first female politicians in the country, a feminist who fought fiercely for gender equality, pioneering the women’s rights movement, and dedicating her life to achieving greater female representation in politics of the First Republic.

Lady Margaret Ekpo was born July 27, 1914, in Creek Town, Cross Rivers State, and was from Aguluzigbo, Anaocha LGA Anambra State, of Igbo and Efik heritage. Her father, Okoroafor Obiasulor moved to Calabar in the early 1900s.

She reached Standard Six of the School Leaving Certificate in 1934. However, because of the sudden death of her father in 1934, aged 20, she put her education on hold. She started working as a teacher in elementary schools.

While working as a teacher she met and married John Udo Ekpo, an Ibibio man who was a civil servant and medical doctor. She moved to Aba with her husband in 1946.

She was a very driven Woman and sought to pursue her education. When the opportunity arose to obtain a degree in Dublin, she took it. In 1948, she achieved her Bachelor’s degree in Domestic Science at the Rathmines school of Domestic Economics, now known as the Dublin Institute of Technology.

When she came back to Nigeria, she put her degree to good use and established a Domestic Science and Sewing Institute to train young Women in home economics and skills like dressmaking and crafts in Aba, Abia State.

Her plan to financially empower Women in Aba was right on time, as Aba was becoming a booming trade and commercial centre in Eastern Nigeria.

Her ambition to secure political power for herself and other Women was driven by the powerful speeches she heard by activists and politicians including Mazi Mbonu Ojike, Nnamdi Azikiwe and Herbert Macaulay at rallies and meetings in Aba. These politicians were urging and encouraging Nigerians to fight for independence and freedom from colonial rule. She started attending meetings that discussed the oppressive practices of colonial authorities in Aba.

She founded the Market Women Association in her 40s, an organisation that fought colonial oppression and aimed to protect Women’s affairs and economic rights and encourage female unity. They fought for Women’s rights to political participation, especially Market Women and female traders. Margaret Ekpo wanted more Women to join the Association, however a lot of men didn’t want their wives involved. So, she came up with a plan.

Shortly after World War II, the world was still recovering from shortages of essential commodities like salt. Margaret used the salt scarcity to her advantage. She bought all the bags of salt in Aba Market and gained total control of its sales. She ensured no salt was sold to any Woman who wasn’t a member of the Association. Every Woman had to register as a member of the Association to be sold salt. Margaret’s plan to mobilise Women worked. Households could not live without salt, so men had no other option but to give in and let their wives register. This clever plan marked Margaret as a skilful political player.

This Association, along with a few others helped spread anti-colonial messages and sentiments and helped to prepare the nation for Independence. Margaret also joined the Nation Council of Nigeria and the Cameroons (NGNC), which was established to fight decolonisation and speak up for marginalised groups.

In 1949, Margaret joined forces with Funmilayo Ransome-Kuti, another prominent female politician to protest the murders of 21 miners. They were members of the Nigerian Africa Mineworkers Union at the Enugu Colliery, a British-owned coal mine in Enugu State. The workers were protesting oppressive colonial practices and were murdered on the 18th of November 1949. The two Women organised a day of mourning for the victims which drew nationwide and international attention.

Margaret gave a very passionate speech at the event which led to her subsequent arrest. She was also threatened with deportation by authorities in Enugu State. The Women of Aba were enraged and threatened to set the town ablaze if she wasn’t released. Their threats worked, as she was soon released.

During their time together, Margaret and Funmilayo Ransome-Kuti formed a powerful alliance and mobilised and encouraged more Women to be involved in politics and have a voice on national issues. Both Women toured the South-Eastern region of the country to achieve their aim. The efforts of these two Women not only brought more political awakening, but their efforts were integral to Nigeria’s journey to independence.

In 1950, Margaret marched to Enugu prison with Women of Aba to seek justice for a female prison officer who was murdered for turning down the romantic advances of a colleague.

In 1953, Margaret was nominated to the regional House of Chiefs by the NGNC. By 1954, she had established the Aba Township Women’s Association which soon became a political pressure group thanks to her influence. Her mobilisation strategies helped create a powerful Women’s socio-political authority. Women secured leadership seats at the Aba Urban District Council, shattering the male-centered political monopoly and securing a voice in city politics.

Her success in organising and encouraging female involvement in politics led to female voters outnumbering male voters in city-wide elections. Margaret was one of the few female politicians representing Women’s interests in meetings and conferences that shaped the Nation’s future.

In 1961, she won a seat to the Eastern Regional House of Assembly, but her tenure was cut short by the Nigerian civil war. During the war, she was detained by the Biafran authorities for three years. At a point during the long detention, she became ill from malnutrition.

During an interview in 2004 with Nigerian veteran singer and actress, Onyeka Onwenu, 90 year old Margaret Ekpo said, “Without the help of Women, the men could not have effectively executed the fight for Nigeria’s Independence from the British.”

In 2001, the Calabar Airport was named after her. It is the only airport in Africa named after a Woman.

She died on Thursday September 21, 2006, at The University of Calabar Teaching Hospital, Cross Rivers State aged 92.

During a time when Women were still viewed as property and nothing more than ‘helpmates’ to men, the persistence and determination of Women like Margaret Ekpo is not just commendable, but awe-inspiring. Her uncompromising perseverance and fiery determination helped put Women in politics and mobilised Women across the nation. Mentally astute Women have always been criticised and even punished, but Margaret was a passionate activist who didn’t mince her words and always spoke up for Women, even when the world didn’t want to hear her.

She knew the power of Women forming alliances to tear down oppressive authorities. She didn’t just make a seat at the table, she broke down doors, so even more Women can come in and fill up space.

She understood the economic power and influence Women have and used it to help Nigerian Women secure political advantage. And she never walked alone. She understood the power of  feminism. Which is why she teamed up with powerful Women like Funmilayo Ransome-Kuti and Flora Azikiwe.

Lady Margaret Ekpo’s life’s work is proof of the importance of Women in politics and the vital role we play in the economic and political development of any nation.