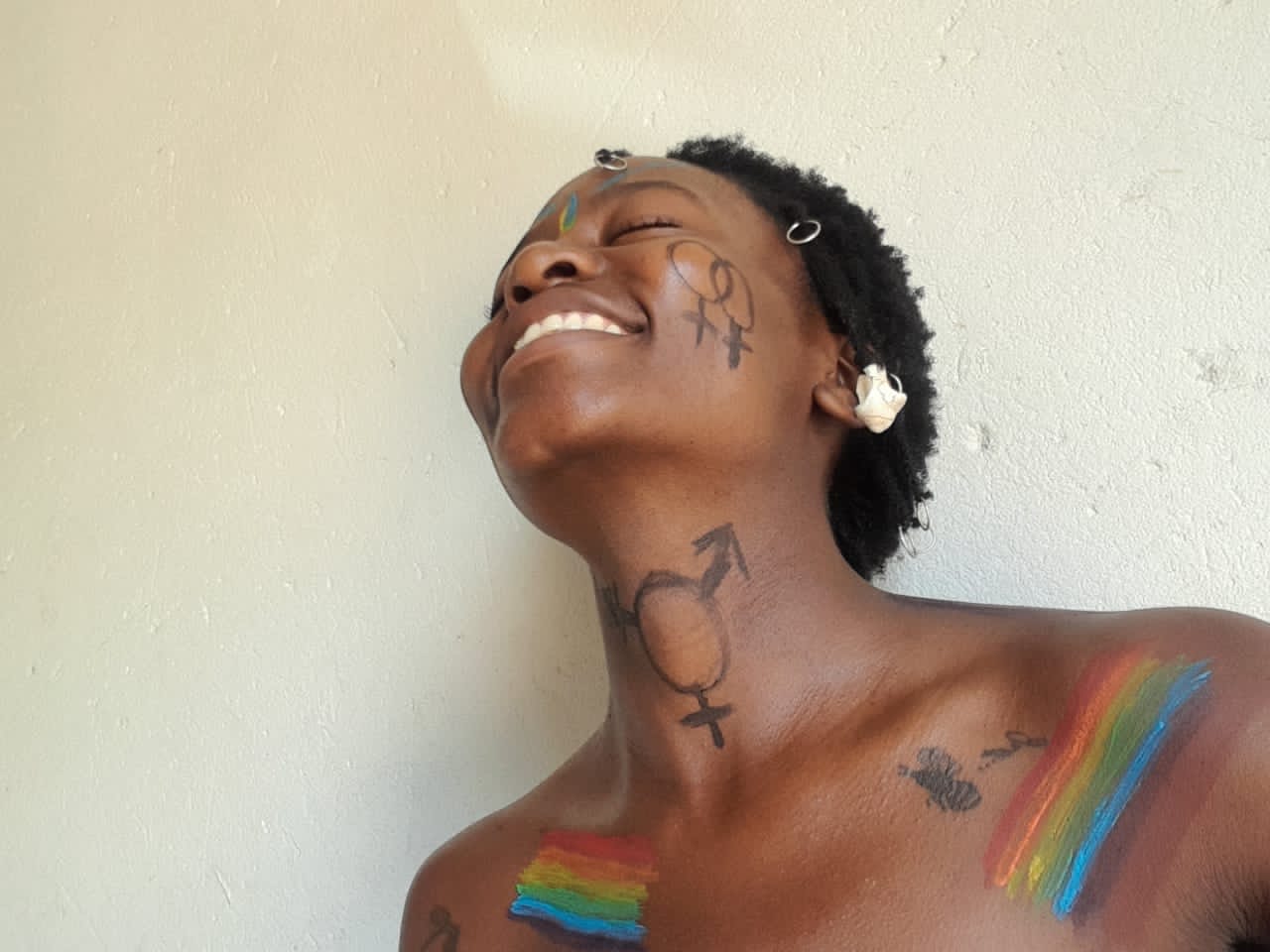 “He told me he was going to teach me a lesson and show me that I’m a girl”, stated Bathini, a contributor in the film.

This type of hate crime is termed Corrective Rape. Bathini, like many victims was too scared to go to the police after being gang raped. But Mary, another contributor refused to suffer in silence. Through sheer determination, she tracked down her rapist and passed on his details to the police. When the rapist still hadn’t been arrested days later, she threatened to go to the press. An example of how authorities seemed reluctant to tackle the growing problem.

The documentary also showed how other victims had been unable to press charges because doctors wouldn’t corroborate their stories. “The doctor’s report basically said I just had sex with this man… that I wasn’t raped”, stated Keba, another contributor.

Although statistics for corrective rape on a national level are still a missing part of the puzzle to date, one needs to only look at the numbers that are available to see the full picture. There had been 31 recorded murders by the release of the documentary. In addition, one Cape Town support group told ActionAid researchers in 2009 that they dealt with 10 new cases of corrective rape every week.

For #LGBTQPrideMonth Meeting of Minds talks to Zawadi Mashego, a queer activist to try and uncover whether the situation on the ground has changed for Black lesbian South Africans in 2022.

The following interview has been edited for conciseness and clarity.

One of the first themes introduced in the documentary is the idea that while it might be okay for white people to be lesbians, it isn’t for Black people. The argument, as shown in the documentary, is that we are adopting a white practice. Has this changed within South Africa?

No, it hasn’t changed. Most Africans believe that queerness is Western because queerness has been spoken of through the lens of white racist homophobes. The evidence of queerness was wiped out by colonial laws, forcing the narrative of male or female, man or woman, and that enforcement was delivered through the Bible. So, people in Africa and the world, mostly don’t know enough about queerness to celebrate or embrace it. What they have been taught in abundance is hatred and rejection of queerness.

Another contributor shared how she and a male friend were both gang raped late one night. The guy was told, that if he wanted to be a woman then the rapist would make him, his woman. Whilst the woman was told he would show her that she was a woman. Can you help us unpack how both lines of thinking are linked to misogyny?

The society we live in is rooted in belittling, humiliating and dehumanising women because we’ve been told that they are the opposite of men. Women have been taught to be weak and men have been taught to be violent. The notion of power is viewed from the lens of people who have raped, killed, and destroyed nations yet they are celebrated for it. They are glorified for theft and there are systems that uphold this illusion of greatness. It is painted as if men need the servitude of women to prove their dominance, as if their strength is measured by someone else’s suffering. Is that the imagery of power we want to uphold?

What about the idea that you can only be masculine or feminine? Has this changed within the South African lesbian community in recent years?

I would say it’s snail progress because the separation of masculinity from femininity is still held and practiced by society. A butch lesbian may want to express the aggression that has been attached to masculinity, and the femme lesbian may want to perform femininity in the way they have been taught to. It’s tricky to practice duality when the environment you live in practices separation, we have been seeing some change in instances where studs are dating each other or butch lesbians being in a relationship. Some butches and studs are opening up towards softness instead of the dominant aggression they have been practicing in the past. There’s slightly more versatility and flexibility than in past years. It’s slow progress, but it’s still progress.

Yes, I think queers can escape the cycle of abuse they’ve been experiencing from heteronormativity. The healing starts with our individual paths; when we get to a point where we can articulate our pains, traumas, and triggers then we’ll be able to have a conversation with healing. We will be actively finding solutions to feeling better, to releasing the pain and to see ourselves in the image we know of ourselves.

“We have been told what being queer is, but it’s time we define the rainbow in our shades and hues”.

We are currently building The Queer Republic, it’s a borderless nation of queers and allies that advances and amplifies the existence of queers in every aspect of life. We want this world to be a place of belonging, love, and acceptance.

What is it like for queer women who endure abuse because of their sexuality?

It is difficult to see love in yourself when you’re receiving hatred from your environment. Queers are scarred; we are torn apart by our families and communities. The most painful part is that this pain is justified by a “Holy Lord”. The same lord we we are taught to praise. People forget that we are human, they think that we are just acronyms or alphabets, but we are much more than that. We are souls, we are bodies, we are human beings, and we deserve to be in this place and time. No creator should deny us that.

Has the sexual orientation clause implemented in South Africa done much to help change the current situation?

No. The sexual orientation clause hasn’t changed much on the ground. Being a lesbian in South Africa feels like you’re in an open field and you can be attacked at any time. You can receive hateful words, be harassed or raped. There are still countless unsolved cases of corrective rape in the country, police officers that handle these cases are homophobic and carry the same mentality as the perpetrators. We’re battling habits of violence and the system is the instigator of this violence. The women in the country are mercilessly killed and the queers are brutalized and murdered. You try to find safety, but paranoia lurks into your sense of freedom and with each dead body reported, you wonder when your name will be added to the list.

If you or anyone you know are in need of LGBTQ+ friendly assistance please reach out to Itemba Lam Safe House, Pride Shelter Trust, The Forum For The Empowerment Of Women (FEW) and The Queer Republic.

Written By: Amanda Tayte-Tait aka Amanda Marufu  is a Feminist, Tech- Entrepreneur, TV Producer, Freelance Writer and Author of ‘At What Age Does My Body Belong To Me?’ Co-Founder and CEO of award winning media company Visual Sensation and feminist content archive, It’s A Feminist Thing. Amanda has been published by The Feminist Leadership Journal, Amaka Studio, Black Ballad, Document Women, In Her Words, Meeting of Minds and countless other platforms, dedicating her life to using media and tech to spread awareness and change lives. Follow her on Instagram

All images courtesy of Zawadi Mashego