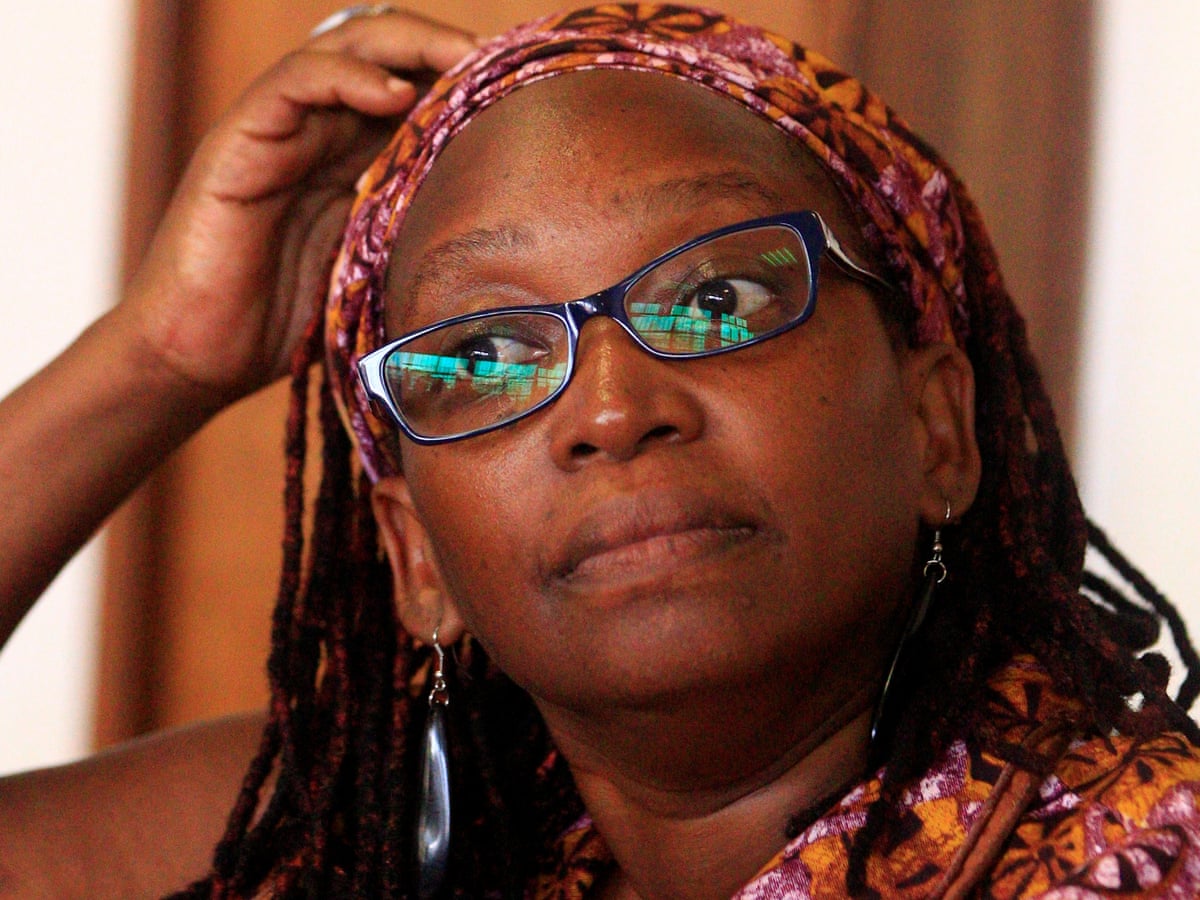 No Roses from Her Mouth: The Feminist Challenging Power through Radical Rudeness

No Roses from Her Mouth: The Feminist Challenging Power through Radical Rudeness

“Women shall no longer wait for timid men. To fight for the liberation of Uganda. We pack missiles in our own pens and grenades in our mouths. And shoot our truths at the dictatorship” Dr Stella Nyanzi

Who is Stella Nyanzi?

With a BA in Mass Communication and Literature, Masters in Medical Anthropology, and a PhD in Anthropology from the London School of Hygiene and Tropical Medicine, Dr Stella Nyanzi is one of the most educated Women in Uganda.

A leading scholar in the emerging field of African queer studies, she has authored numerous articles that provide critical insight into the effects of patriarchy, misogyny and homophobia in Uganda, Tanzania, and The Gambia. Dr Nyanzi has written about HIV/AIDS, sexuality and Women’s health, materialising theory into tangible activism by crusading for the rights of girls, Women and LGBTQIA+ people in Uganda. She also leads Pads4GirlsUg, a movement that gives free sanitary pads to poor schoolgirls in Uganda.

In January 2020, she received the PEN International Award for Freedom of Expression and, in December of the same year, was featured in the roll of 100 Most Influential Africans. It’s not only her activism for the institutionally marginalised that’s been acknowledged but also her radical rudeness – a traditional Ugandan strategy that uses public insult and naked protests to condemn those in power. A strong critic of the government, Dr Nyanzi mixes profanity and bawdy humour to expose the failing of president Museveni and agitate for sociopolitical change.

In her 2019 interview with CNN, she said, “Politeness has been taken, it’s been held captive, and they don’t listen anymore. So sometimes, all you have to say is ‘fuck it!’ And then people will hear and take you seriously.”

She reiterated this while speaking to the Johannesburg Review of books last year;

“Where I write from, polite talk has been domesticated, been bashed, smashed, conquered, it is powerless. It doesn’t communicate with the oppressors. But vaginas and buttocks and penises and vulgarity, whatever it is, whether it’s written or enacted, communicate much better”.

On 2nd August 2019, Dr Nyanzi was convicted and sentenced to 18 months in prison for disturbing the peace of President Museveni. The charges related to a poem she posted on Facebook in September 2018. The piece graphically described the birth of the President and his mother’s vagina to criticise his “oppression, suppression and repression” of Uganda.

Dr Nyanzi, in response to the ruling, raised her middle fingers, shouted vulgarities, ripped off her shirt and jiggled her breasts in defiance while shouting “fuck you fuck you” before walking away from the camera.

The academic first staged a nude protest in April 2016 at Makerere University against her boss, Mahmood Mamdani. The institute’s director had locked her out of her office for refusing to lecture PhD classes, which was not part of her contract as a research fellow.

Asked why she uses nudity in her activism, she responded, “It’s a weapon of the weak and the poor. The cost to pay is shame, but I’m not ashamed of my body. It’s a beautiful, big mama body, and I am glad to deploy it for war.

“When I put my nipples on the frontline, I learnt they fight harder than any bazookas. Men don’t know how to deal with that. Men with guns can’t shoot at nipples.”

She was first arrested in March 2017 and spent 33 days in jail for referring to Museveni as a “pair of buttocks” and his wife Janet, who is education minister, “empty-brained”. This was after the first lady told parliament that the government did not have money to fulfil her husband’s election campaign pledge to provide free sanitary pads to schoolgirls. After being released on bail, she successfully crowdfunded for the distribution of sanitary products in schools through the Pads4GirlsUg Project.

Activist Nyanzi in a school in Masaka, western Uganda, during the first outreach of the Pads for Girls campaign. Photograph: Frederic Noy

In 2018, Stella Nyanzi spearheaded the Women’s Protest Working Group to demonstrate against the rampant killings and kidnappings of Women in Uganda. Donning black T-shirts, the protestors chanted, carried empty coffins, and used saucepans and small drums to call attention to their demonstration.

Nyanzi, in the centre, during the ‘Women’s March UG’ protest Sumy Sadurni/AFP via Getty Images

Nyanzi released a collection, No Roses from My Mouth, containing 158 poems written in 2019 and 2020 from Luzira Women’s Prison in Kampala.

As she mentions in the book, dozens of other compositions were confiscated by penitentiary officials and presumably destroyed. The compilation establishes a defiant and provocative tone right from the Author’s Note when she asserts: “Fuck the dictatorship.” The book is divided into three sections titled, “In Prison”, “On Feminism”, and “About Uganda”.

In the poem “I Miscarried Justice,” Nyanzi recounts the chilling details of her miscarriage. She writes: “I miscarried justice/As the prison wardresses screamed at me, blood gushing out of my womb/ P. O Leah screaming that I am a liar…”

She narrates that it’s her fellow inmates that gave her sanitary pads, underwear and tissue to wrap the foetus that was eventually thrown in the toilet.

In 2020, Nyanzi was imprisoned five times for alleged crimes connected to her activism. On 30th January 2021, she fled Uganda with her children and crossed into Kenya. She now lives in exile in a safe house in Nairobi. “The abductions and detentions of political actors were getting closer to me; my children have been targets of police trailing. I just left prison in February last year, and I don’t want to go back,” she said.

Dr Stella Nyanzi has fiercely fought and continues to fight for freedom in Uganda. As she sings her rendition of the struggle song “Tuli yambala engule” by Bobi Wine, we can only join her in chorusing “, When the struggle is over, we shall wear the victors’ crowns.”

Written By: Edith Knight Magak – a 2020 writing fellow at African Liberty and a literary journalist at Africa in Dialogue. Edith is based in Nairobi, Kenya. Follower her on Twitter