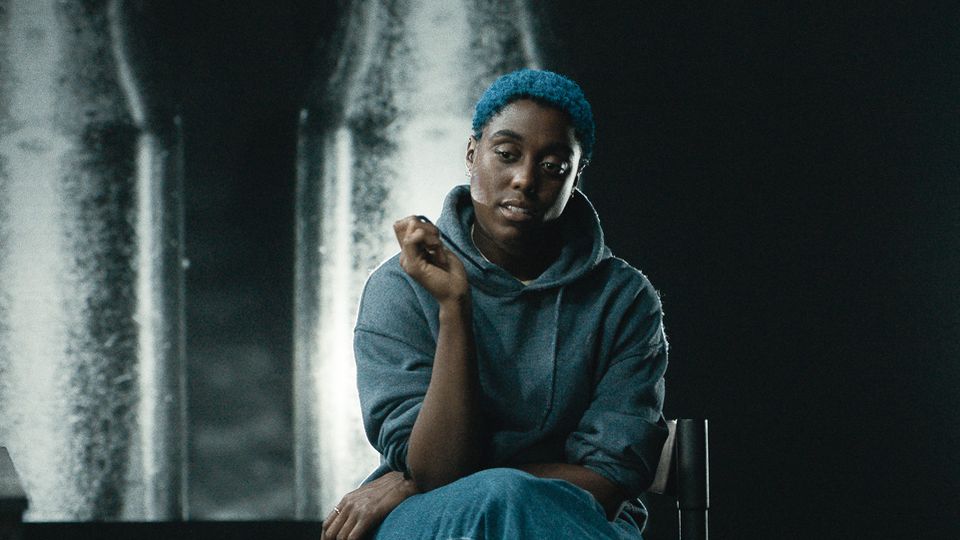 The 65th BFI London Film Festival in partnership with American Express commences today. A vibrant programme of 159 feature films from around the world (including 21 world premieres), the Festival will screen to audiences in cinemas across London and UK-wide through LFF partner cinemas and virtual premieres on BFI Player.

Over 12 days from 6 to 17 October, flagship venue BFI Southbank and the Southbank Centre’s Royal Festival Hall, the LFF gala venue for 2021, will make London’s South Bank one of two London hubs at the heart of the film festival experience. Films will also screen in a number of cinemas in London’s West End, with a selection of films at 10 venues in cities and towns across the UK. Audiences will enjoy a rich and varied programme of fiction, documentary, animation, artists’ moving image, short film, restored classics from the world’s archives as well as programmes of exciting international works made in immersive and episodic forms.

The festival will be accessible online to audiences across the whole of the UK with a specially selected programme of feature and short films available on BFI Player, with online short films and online events free to access. The LFF Expanded programme of immersive art and XR will have a large physical exhibition at 26 Leake Street and the National Theatre, and will be available UK-wide and internationally via the BFI’s bespoke virtual exhibition space, The Expanse.

Nat Love (Jonathan Majors) has dedicated his life to hunting down members of the gang led by the vicious Rufus Buck (Idris Elba), who murdered his parents in front of him. When Buck is released from jail by his associates Cherokee Bill (LaKeith Stanfield) and ‘Treacherous’ Trudy Smith (Regina King), Nat reunites his old posse, including ex-flame Stagecoach Mary (Zazie Beetz) and unlikely ally Sheriff Bass Reeves (Delroy Lindo). As Nat closes in on his enemy, it looks like his day for revenge may finally be dawning. Directed by London-born musician and filmmaker Jeymes Samuel (also known as The Bullitts), the film will receive its World Premiere at LFF gala venue the Southbank Centre’s Royal Festival Hall, with Samuel expected to attend along with key cast including Jonathan Majors, Zazie Beetz, Regina King and Idris Elba.

Adapting theatre for the screen can be tricky work, but director and playwright debbie tucker green makes it look effortless. Dynamic and absorbing (as well as brilliantly soundtracked), ear for eye traces racial injustice across time and continents, detailing struggle and triumph, oppression and uprising. Designed as a hybrid piece to work on both the big and small screen, this astonishingly realised and powerful work is as prescient now as it was when it debuted on stage in 2018. With an ensemble cast including Lashana Lynch, Tosin Cole, Danny Sapani and Arinzé Kene, ear for eye is a searing and unforgettable vision from one of our greatest Black British creative talents.

Sarah Obeng (Nana Mensah) has a perfect(ish) life. She’s studying for her PhD, and her married boyfriend has nearly broken things off with his wife. But when her mother suddenly dies, Sarah’s shocked to discover that she’s inherited her Christian bookshop, and she soon finds herself back in her childhood home in the Bronx. As Sarah struggles with funeral arrangements (for both a ‘white people funeral’ and traditional Ghanaian ceremony) and tries to get rid of the shop, she begins to re-evaluate her life. In doing so, she regains a connection to her culture. With a cast of supporting characters, including weed brownie-baking ex-cons and English-football-loving uncles, Queen of Glory is a hilarious and touching film that breathes new life into the tropes of millennial comedy.

This three-part anthology film, which explores juju (magical) stories rooted in the fabric of Nigerian culture, comes out of the Surreal 16 Collective, which was created to offer a more artistically-inclined alternative to the aesthetics of ‘Nollywood’. In Abba T Makama’s Yam, a street urchin’s life takes a strange turn when he picks up money from a sidewalk. Michael Omonua’s Love Potion finds an unmarried woman turning to juju to find the right partner. And in C J ‘Fiery’ Obasi’s Suffer the Witch a neighbourly friendship might be masking something much darker. Lustrously shot by Femi Awojide, these tales are playful and unsettling, offering a refreshing take on life in the Nigerian metropolis. Highlighting these filmmakers’ unique voices, Juju Stories is a bold and thrilling new step in Nigerian cinema.

‘Should I stay or should I go?’ This is the question that Freda (Néhémie Bastien) asks herself. Despite forging a life for herself in volatile Port-Au-Prince as an anthropology student while supporting her family in her mother’s small convenience store, Freda’s boyfriend Yeshua (Jean Jean) is keen to take her away from the violence and to his ‘safer’ home in Santo Domingo. But leaving isn’t so simple for her. If she’s gone, who’ll look after her pious mother, impulsive sister and unmotivated brother? And is it better to stay and fight than it is to leave? Boldly directed by Gessica Généus, Freda is a fresh and authentic look at womanhood and familial relationships, and a powerful interrogation of the fraught legacy of colonialism in Haiti.

On the run from the police, Emma (Clarisse Albrecht, who also co-writes and produces) finds sanctuary with streetwise teens Shulo (Arturo Perez), Tina (Scarlet Reyes) and their little brother Cuki (Euris Javiel). As she becomes a surrogate ‘mama’ to the family, Emma finds common ground in both the similarities and differences between their Caribbean and African cultures. Ivan Herrera’s film doesn’t just tell Emma’s story, but explores the nuances of a diasporic divide, subtly revealing the fracturing effects of slavery. A bold and visually stylish film, Herrera illustrates the power gained from being a part of a chosen family. Never shying away from the dangerous realities of life in Santo Domingo, Bantú Mama offers a glimmer of compassion and hope.

You can find the full programme and listings here