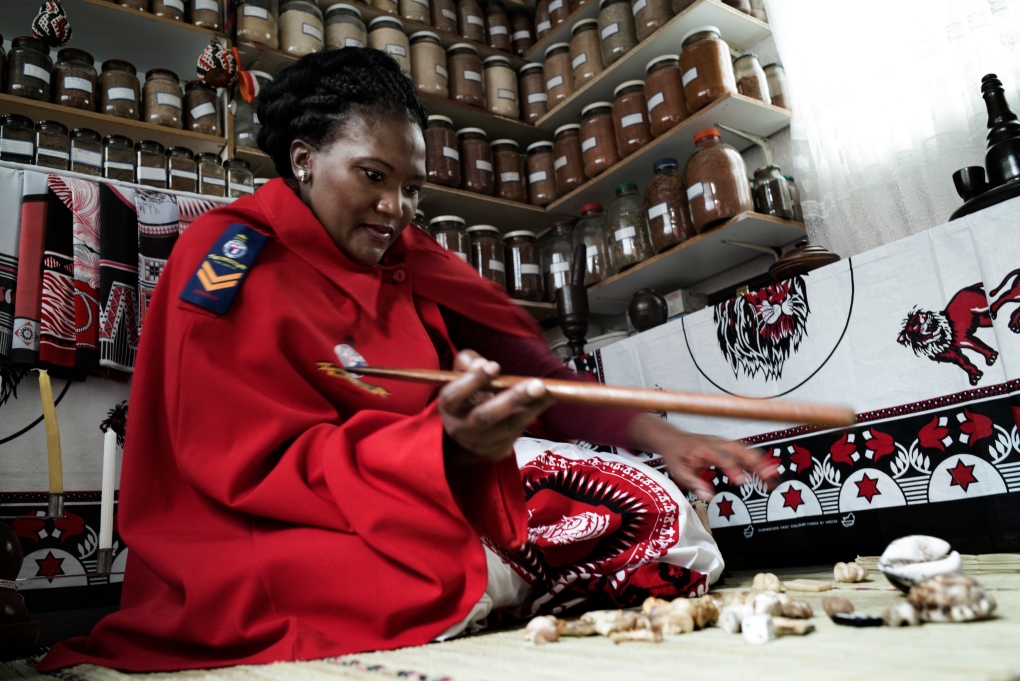 I grew up with my mother blowing stories into my ear about how she and her siblings would use the plants around them to survive. This wind of knowledge was a long stream that had glided through the tongues of my ancestors: the people of the Mambwe tribe in Zambia. However, this stream had gotten cloudier, especially as it passed through the barricaded British shores to me, in a country that did not recognise its wisdom.

I was told about the uses of aloe vera for burns; sugar cane for scolds; onions, honey and lemon for flu; muchenja/muchenya plant (Diospyros mespiliformis) for cleaning and whitening your teeth; wild beans that were ground up and used as a creamy lotion; different herbs that are soaked to ease the symptoms of malaria and other illnesses. As I left my mother’s presence, these stories disintegrated under a world lined with bottles of tablets displaying an unknown ingredient list in a bleached white form: a representation of our severed connection to our cultural epistemology.

“African herbalism typically involves the recognition that ailments are caused by and affect the trinity that is the mind, body and soul”

According to the World Health Organization (WHO), up to 80% of people within the African continent depend on traditional medicine. Whilst this is the case, these practices are still very much held in contempt by a large body of people who look towards Western medicine, or allopathy, as the measure of civilisation in the field. For example, the current Covid-19 pandemic saw the condemnation of different African countries, institutions, and individuals exploring a more traditional approach to the virus.

“They came in and told us that everything African was evil juju”, my mother says. “So, as we became Christians, everyone walked away from that. With my family, we became modern and educated and chucked away our traditions. But now it’s beginning to come back, and more people are looking to herbalism as a real alternative.”

African herbalism typically involves recognising that ailments are caused by and affect the trinity that is the mind, body and soul. This means that folk healers incorporate elements of spirituality, such as ancestral connection and incantations, as well as paying attention to psycho-spirituality. This is similar to other traditional medical approaches by racialised people, such as Ayurvedic medicine, which has roots in ancient Hindu texts and is still practised by many people today.

We spoke with Elsie, the Woman behind floral self-care brand Divina Botanica; she’s a self-taught folk herbalist who has been practising for 15 years.

She believes that the philosophy behind Western medicine is limiting: “The idea that the human body is simply a biomechanical machine is incredibly reductionist, and harmful to the potential for human beings to heal themselves. People don’t get the opportunity or aren’t encouraged to be curious about what is going on inside their body, to build their own story around it, to listen and find their own knowing.

As European rationality and supremacy attacked the shores of Africa and pillaged its culture and people of traditional African medicine, along with all other cultural practices, herbalism was stomped out and criminalised. Even after the period of political decolonisation, the vilification of native customs remained.

“Healing ancestral trauma is an act of resistance”

As Dr Lumumba Umunna Ubani writes in his book: “After Mozambique obtained independence in 1975, attempts to control traditional medicine went as far as sending diviners—healers to re-education camps.”

This hostility to traditional medicine, coupled with historic and perennial medical racism where Black people – and especially Black Women – have been the subject to scientific inspection and violation, has caused our communities to distrust Western medicine. But also, on top of this, colonial monopolies on the health industry means that Western allopathic treatments become financially inaccessible to people in the motherland and the diaspora.

This becomes a double dagger when we factor in the appropriation of our health practices in Western countries today. The spirit of the time is one of health and wellbeing, and with this comes people seeking alternative methods in approaching wellness that are ‘cool’ or ‘counterculture’.

Last month, I saw a 100ml bottle of pure aloe vera gel being sold for £45. For people like my Zambian mother, this was something obtained for free in her back garden. She says: “You weren’t going to the shop and buying it. It was just there.”

Even when I was in Zambia 2 years ago, I went to a mall and bought baobab powder – a plant that has now entered the mainstream health market and is often called “the tree of life” – for the equivalent of £3. The shop where I bought it is known as Umoyo Natural Health: an enterprise run by a white woman named Kim Otteby. With a GDP per capita of less than £1000 a year, £3 is an inaccessible price for much of the Zambian population, especially considering that the plant is native to the country.

Last year, Divina Botanica’s Elsie created a zine focusing on healing as resistance. She believes: “If the system makes us sick, we have to look outside the system for healing. This is particularly true of people in Black bodies with wombs.

We must open our eyes to traditional medicine whilst paying respect to its root. The continent of Africa holds 25% of the world’s biodiversity, offering a rich and broad source of wisdom, power and restoration that we must not minimise.