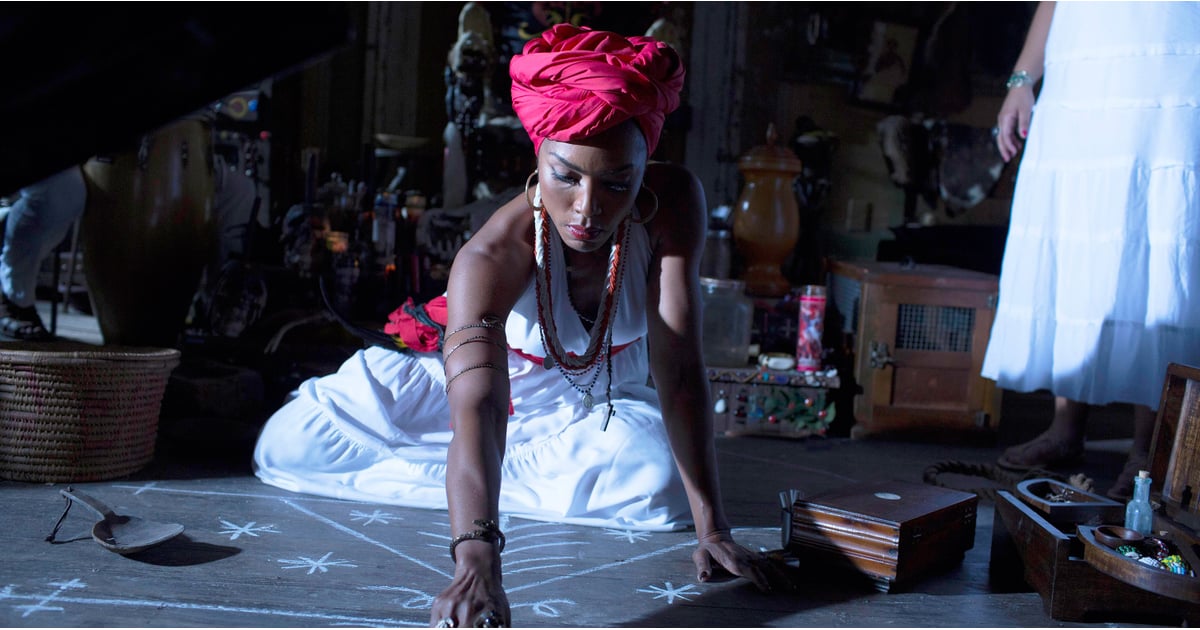 The Witch is Back and She’s Black

The Witch is Back and She’s Black

“For Black people, the practice of traditional African spiritualities allowed them to feel power when power was little feasible in any other sense”

Black Women are reclaiming their ancestral roots by adopting traditional African spiritual practices into their day-to-day lives and belief systems – an increasing presence that can be seen through social media. The digital-cultural shift includes practices such as Ìṣẹ̀ṣe (Yoruba religion) and Vodun from West Africa, which are the bases of several diasporic lores, such as Obeah, Hoodoo, Vodou and Santeria.

As African people were ripped from their rich motherland five centuries ago, our ties to our traditions, family and culture were subdued, demonised and stamped on by the heavy boot of racism and colonialism. The Middle Passage and the Scramble of Africa mark two significant historical events that bleached and decimated the cultural roots for diasporic communities and those that remained in their ransacked motherlands.

Caught in the white supremacist flood were traditions of African spirituality and its rituals. Fuelled by the need to categorise Black and white people in a fountain of binary opposites, such as bad vs good, savage vs civilised and unholy vs holy, Black spiritual traditions were consciously dropped into the realm of evil and satanic through a juxtaposition with Western Christianity.

In conversation with British-Caribbean practitioner of magic Shasta Eris Fay, she argues: “There are a lot of myths surrounding Black magic, Black witchcraft and Black identity. There’s a theatrical element around these spiritual traditions that don’t really have any foundations. I think this is rooted in fear, especially coming from slaves, and rightly so because it can be dangerous, but it has obviously fed a narrative that still exists. Even when I speak about Vodou with some of my Black brothers and sisters, they are also shocked because a lot of our community are also very religious Christian or Muslim.”

Throughout slavery and colonialism, Christianity was used to justify the subjugation of Black people; this continues today. Not only did the white man’s use of the Bible lay a basis for oppression, but it also evoked a comparison between Black people and the devil.

This can be seen in a 1706 book entitled The Negro Christianized, where a white Boston minister named Cotton Mather’s wrote: “Very many of them [Black slaves] do with Devilish Rites actually worship Devils, or maintain a magical conversation with Devils. And all of them are more slaves to Satan than they are to You, until a Faith in the Son of God has made them Free indeed. [sic]”

For Black people, the practice of traditional African spiritualities allowed them to feel power when power was little feasible in any other sense, as a result of the brutality of white supremacist oppression. Those who possessed spiritual power became community leaders and teachers of their heritage, in doing so, they posed a threat to slave-masters.

One overt example of this can be seen through Tacky’s rebellion in Jamaica, which was the biggest slave rebellion to take place in the British Caribbean during the 18th century. Resistance grew, and solidarity was formed through Akan traditional oaths and rituals performed by the Obeahmen, one of which was Tacky. This rebellion resulted in the criminalisation of Obeah through the “Act to remedy the evils arising from irregular assemblies of slaves”, which was passed in 1760 in Jamaica, specifically addressing “the wicked Art of Negroes.” Subsequently, many other colonies followed suit, mostly through slave codes.

Similarly, colonisation of African territories pushed laws to prohibit ‘witchcraft’, referencing Black spiritual traditions and rituals. For instance, in 1914, Northern Rhodesia (present-day Zambia) declared that “whoever indicates any person as a wizard or witch or imputes non-natural means in causing death, injury, damage, or calamity, or alleges adultery as having caused death” or “whoever is proved to be by habit or profession a witch-doctor or witch-finder” would be punished severely. This law is still in place in Zambia today.

Whilst restrictions pushed traditional ceremonies to the background of Black culture, it never disappeared. Black people have been fighting to express their culture, from the Middle Passage to today. In this historic journey, some of this culture in diaspora communities has adaptively amalgamated with certain Western spiritualities, such as Catholicism.

“If you’re learning about witchcraft on TikTok and performing spells with full intent without full understanding and instruction, it can lead to detrimental outcomes”

Recently, there has been a resurgence of Black spiritual practice, as evidenced by its open presence on programmes such as American Horror Story and social media. Black witches, such as Notty Designs, BehatiLife and Blaque Witch Yaya have gained prominence on YouTube and other platforms, encouraging the adoption of spiritual practices. However, with more mainstream exposure comes potential danger in terms of misunderstanding.

Speaking to London spiritualist Infra Black, part of House of Shango, she said: “If you’re learning about witchcraft on TikTok and performing spells with full intent without full understanding and instruction, it can lead to detrimental outcomes. It needs to be done with safeguarding in place because you’re opening spiritual doors. The practice of witchcraft can be the most beautiful thing if you come with beautiful intentions because life is beautiful, and that’s what I use my magic to amplify.”

An upsurge in public interest also brings a risk of cultural appropriation, with Black traditions frequently being indulged in without a full understanding of the historic and current struggle. To an extent, cultures of the Black diaspora can be responsible for appropriating certain continental African cultures, especially those from West Africa. Even the word ‘witchcraft’ can be viewed as disrespectful and loaded in the context of African spirituality due to its colonial and misogynistic attachments.

We spoke with multidisciplinary artist Gold Akanbi, to contextualise her work exploring west-African Orisha spiritualities and her values behind this: “It only becomes Witchcraft depending on who I’m speaking to and where I reside, but it is so much more than a Western notion of a powerful woman who is to be feared, which is essentially what a witch is. I refer to my practice as spirituality, as philosophy and even an alternative healing modality.

“If I write my wishes in the air or blow a feather to send a message to my ancestors, I do not see this as “Witchcraft”’. If I draw for my tarot cards for advice on how to deal with my anxieties or emotions or even an adversary, I do not see this as Witchcraft. To a certain extent, the word ‘Witchcraft’ can be fairly violent in its use for women or femmes of Black African descent, as in this day and age in Nigeria and Brazil, many Iyalawos [Mother of Wisdom/Medicine Woman/Counsellor] are being killed, so I am very sensitive of this. I am very sensitive to make sure respect is ever-present when talking about my beliefs.”