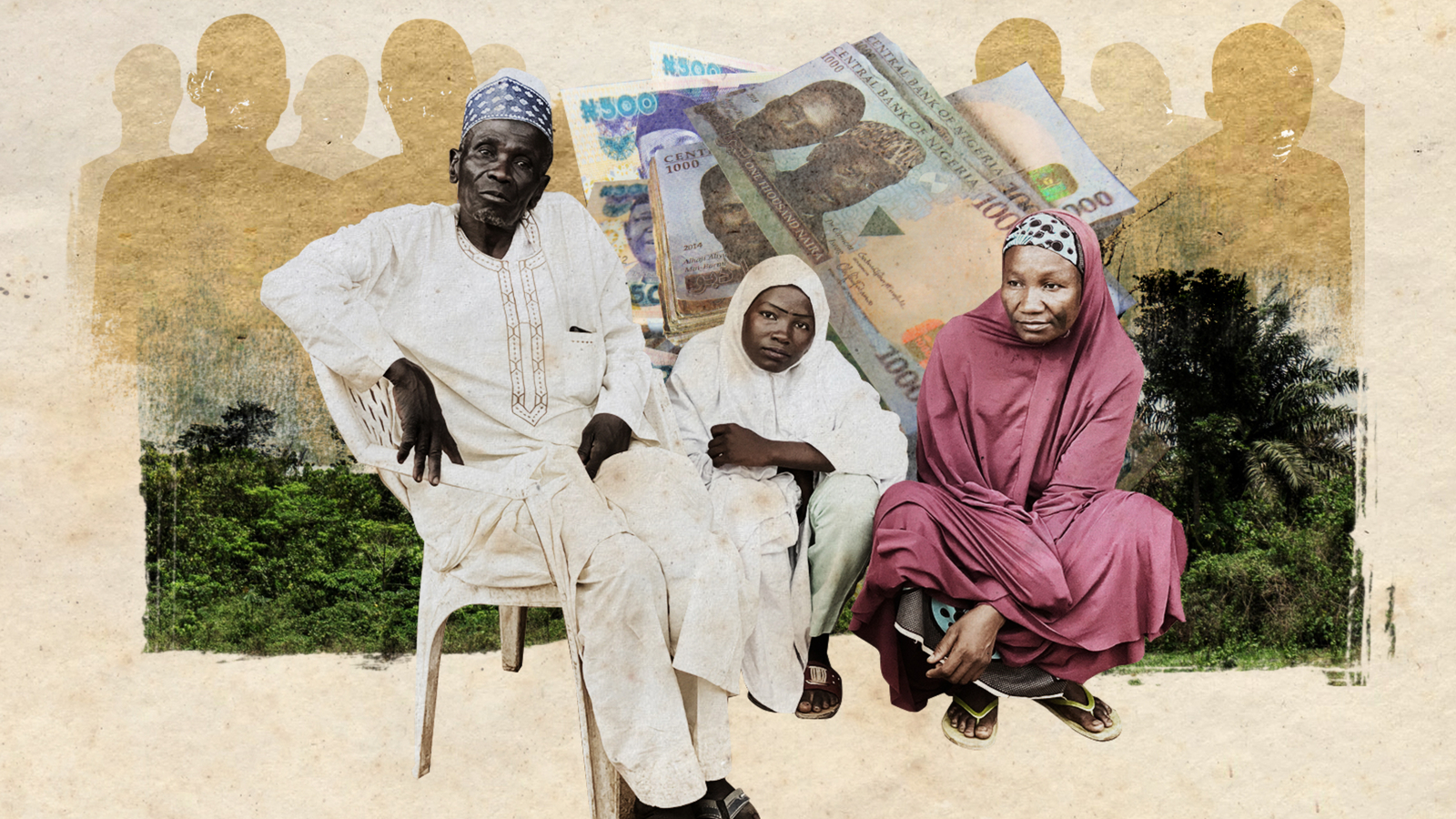 Countries Like Nigeria and Haiti Are Amid a Kidnap-For-Ransom Crisis, Here’s How and Why

Countries Like Nigeria and Haiti Are Amid a Kidnap-For-Ransom Crisis, Here’s How and Why

In the past decade, 18 million USD has been spent on ransoms in Nigeria alone. In Haiti, kidnappings-for-ransoms have increased by 150% in the past year. How and why is this ‘industry’ so lucrative, especially in the Global South?

Another mass kidnapping of school children took place in Nigeria’s northwestern Zamfara State on 1 September. At least 70 students were abducted from a government-run high school, and there are no updates on the missing children. This is the second mass abduction from the province this year alone. It’s also the third widespread abduction of schoolchildren in the country this year, with victims primarily being young girls in all instances.

The last incident, which also took place in Zamfara State on 26 February 2021, saw over 300 female students from Girls Science Secondary School kidnapped by 100 armed men, only to be released a week later on 2 March. The Western world has not caught on to these stories with as much momentum as 2014’s #BringBackOurGirls movement, in which Boko Haram orchestrated a mass seizure of 276 school girls in Chibok of northeastern Nigeria.

“kidnap-for-ransom is the most lucrative industry in Nigeria today”

In Nigeria, kidnappings, hostage situations, and human trafficking all form a broader booming business model. According to VOA News, after an abduction of 20 students and staff at the College of Agriculture in Bakura, Zamfara state, in August this year, most had been freed after making the demanded payments. Indeed, this year alone, Nigerian families have been extorted out of 5 million USD via ransoms. Though mainstream media posits these crimes as largely ideologically motivated – whether through political and religious ideals – we find that financial gain is the primary motivation in most cases of kidnapping. In turn, perpetrators are often rogue “bandits”, as opposed to the intricately networked terrorist organisations we typically assume.

Aisha Yesufu, co-convener of the Bring Back Our Girls movement, delivers a speech on April 14th, 2019, during the fifth annual commemoration of the abduction of the 276 Chibok schoolgirls by Boko Haram from a government secondary school in Nigeria. (Photo: Kola Sulaimon/AFP/Getty Images)

A senior analyst in the extremism policy unit at the Tony Blair Institute for Global Change, Bulama Bukarti, said, “kidnap-for-random is the most lucrative industry in Nigeria today”. Dig deeper, and we can ascertain why; many of these groups are formed by pastoralists whose grazing reserves have been negatively impacted by climate change. In other words, economic inequality and social changes are the underlying causes. Furthermore, the country’s security infrastructure is minimal, which means these criminals are rarely arrested and brought to justice.

Indeed, the kidnap-for-ransom industry is a global phenomenon in countries that have persistently high economic and political instability, with these conditions being exacerbated by poor security infrastructure. Looking to the Caribbean, we see similar trends in Haiti, a country that has never been able to economically recover from its 2010 earthquake and just had its former President, Jovenel Moïse, assassinated in July of this year. The proliferation of this practice can be traced back to 2004, after President Jean-Bertrand Aristide’s dramatic departure from office, following advancements from a right-wing military coup that forced the leader into exile; a transitional government ensued. Aristide had become Haiti’s first democratically elected leader during the early 1990s, representing, for the first time, a sense of political stability in a nation historically known for high levels of insurgency. Aristide claimed his ousting by a coup d’etat was led by the United States; subsequent rebellions further destabilised the situation.

“10% of all declared kidnappings-for-ransom cases in the Americas occurred in Haiti, despite the island nation making up only 1% of the region’s population”

The following year, in 2005, kidnappers reportedly made 50 million USD in ransom demands, proving to be a lucrative ‘business’ venture for all criminals involved. Though these are just officially reported numbers, the actual number is likely to be much higher, as Forbes suggests. Speaking to local Haitians about the phenomenon, we also discover that ransoms aren’t just demanded in cash but through goods. For example, the son of a baker from my mother’s village was held hostage for food. These types of transactions will usually take place in rural areas, where inhabitants aren’t as monetarily wealthy.

Years later and the rates have only increased. For the first three months of 2021, around 10% of all declared kidnappings-for-ransom cases in the Americas occurred in Haiti, despite the island nation making up only 1% of the region’s population. These figures indicate a country in crisis. With a weak economy that retracted by 1.7% in 2019 and another 3.8% in 2020, along with sustained double-digit inflation for the past five years, it’s no mystery why.

Though political factors are not the principal driving forces behind kidnappings in these regions, these acts of human exchange have become politicised. Though wealthy locals are the main targets for gangs, they are better prepared to protect themselves against abduction and pay the consequences should an incident happen. In countries with very limited police or military personnel, only the wealthy bureaucrats can afford a security detail. Moreover, both the Haitian and Nigerian administrations have been accused of aligning with and refusing to prosecute criminal groups, using the fear generated from their acts to remain in power or quell any political opposition.

“It is harder to radicalise people when they have much more to lose regarding their human security: food, water, shelter, financial stability. We need to tackle these problems that have given rise to the kidnapping industry”

Thus, it seems that the solution is in a long-term social and economic development strategy in which Nigerian and Haitian workers can share in financial prosperity. In Nigeria, relative poverty rates have been steadily increasing since the early 1990s, with the country’s richest five men holding 14.5% ($29.9 billion) of Nigeria’s entire annual GDP ($432.3 billion). Similarly, in Haiti, the wealthiest 20% of the population own two-thirds of its wealth, with a heavy concentration in its capital city of Port-au-Prince. According to figures issued by the World Bank in April, nearly 60% of Haitians live below the poverty line.

Ideologically reasoned kidnappings remain significant, despite not being at the forefront of motivations. Religious conflict – as is prevalent in Sub Saharan Africa, particularly Nigeria – often attracts more Western attention through media coverage and intervention. American and British involvement in Boko Haram’s 2014 mass kidnappings was propelled by confounding factors of the ongoing ideologically based wars in the Middle East, the Christian identity of the victims, and the narrative of girls getting an education vs the worst stereotypes of Muslim men. But these offensive tactics, as with other operations in places like Afghanistan and Iraq, not only impact “suspected targets” but unrelated civilians and their institutions. Airstrikes have taken out resources like hospitals, schools, markets, land and other infrastructure that people rely on for their livelihoods.

As aforementioned, some pastoralists started kidnapping because they can no longer rely on the land for a living. So, military interventions may not mitigate the problem, rather, compound it. When kidnappings-for-ransom are connected to economic inequality and instability, it is seen as part of the country’s internal deficits that it seemingly cannot overcome. However, policies in foreign relations and development have also led to socio-economically stunted and destabilised countries. Indeed, even acts rooted in ideology remain influenced by social and economic factors. It is harder to radicalise people when they have much more to lose regarding their human security: food, water, shelter, financial stability. We need to tackle these problems that have given rise to the kidnapping industry. If we can secure human needs, then this will stabilise communities and strengthen national security interests.

Written By: Sabine Franklin – born and bred New Yorker, she is a visiting researcher at the Westminster Development Policy Network. Her expertise is in international development, global health governance, and political economy. She tweets @SabineFranklin