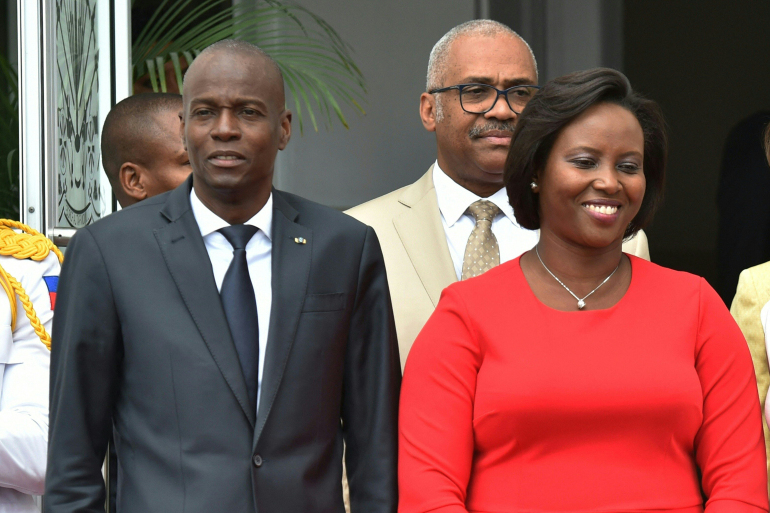 The Assassination of President Moïse: How Did We Get Here and What Lays Ahead for Haiti?

The Assassination of President Moïse: How Did We Get Here and What Lays Ahead for Haiti?

In the early hours of Wednesday morning, 7 July, Haitian President Jovenel Moïse was assassinated at his private residence in Pétion-Ville, near the nation’s capital of Port-Au-Prince. His wife, Martine Moïse, was also injured during the attack and flown to a hospital in Miami, Florida, to receive treatment. It is also reported that their children were at home during the attack, uninjured, and are now in a safe but classified location.

This news has shocked Haitians in the country and across the diaspora. The last assassination of a President occurred on 28 July 1915, with the murder of Jean Vilbrun Guillaume Sam. This occurred during a tumultuous period in Haitian history, where between 1886 to 1915, every single leader bar one was either overthrown or killed; the one who didn’t meet this same fate died in office near the close of their term. In fact, President Sam came to power because he led the coup that overthrew his predecessor, President Joseph Davilmar Theodore. The former was only in office for three months prior to his own elimination.

“The cycle of crisis after crisis during this period means that Haiti has never been given time to recover, pushing its economy and society to paper-thin limits”

Thus, the assassination last week did not happen in a vacuum. Much like the late nineteenth to the early twentieth century, there were confounding internal and external factors that had culminated in a climate of economic instability, political chaos, and social unrest that threatened its democratic institutions. Furthermore, environmental disasters such as the catastrophic 7.0 earthquake that hit the country in January 2010 less than 20 miles away from Port-au-Prince have proved devastating for the nation’s infrastructure. The climate catastrophe set the scene for a U.N. peacekeeping effort, which ultimately resulted in a Cholera epidemic that claimed the lives of thousands of people. Compounding Haiti’s woes was the category 5 Hurricane Matthew in 2016, which led to a complex humanitarian crisis, killing nearly 600 people and displacing tens of thousands from their homes. The cycle of crisis after crisis during this period means that Haiti has never been given time to recover, pushing its economy and society to paper-thin limits.

To further contextualise the murder of Moïse, we must look to his predecessor, Michel Joseph Martelly. Martelly ascended to the presidency in 2011 with a tiny fraction of the electorate’s support, heading the newly formed political party, Repons Peyizan, a centre-right populist faction. Before his political career, he was widely known as an entertainer who went by the stage name “Sweet Micky”. While in office, he even wrote and performed a song called Bal Bannan Nan (give her the banana) that is widely known to mock a highly respected Haitian female journalist, Liliane Pierre Paul. However, this song was also used to promote his candidate of choice, Jovenel Moïse, in 2016. As a Haitian-American, this situation parallels the rise of President Trump during the same era, a figure who was also known for his misogynistic tirades.

Martelly’s administration was flagged as authoritarian, as he delayed parliamentary elections and had been governing with a legislative branch that had one-third of its seats empty for more than half of his term. Haiti’s parliament stipulates a re-election of a third of its legislators every two years, so Martelly was purposely hindering voting to manufacture a form of absolute rule in the country. Accordingly, when it came to the elections of the second third of legislators, he delayed them again, ruling by decree. Martelly had openly expressed admiration for former dictators, such as the Duvalier family dictatorship, and is associated with right-wing fascist American and Spanish groups – the International Republican Institute (IRI) and Ostos & Sola. The former President also initiated the roadmap to the 2018 re-installation of the Haitian army, which had been disbanded in 1995 under President Aristide because of its long history of human rights abuse and terror.

It was against this backdrop that the late Moïse rose to prominence, assuming office on 7 February 2017. Like Martelly, Moïse had the same associations with IRI and Ostos & Sala, using them to prop up his 2016 campaign. Both the 2010 and 2016 elections had low voter turnout, with the latter achieving the lowest rate in the Western hemisphere – only 21% of the electorate showed up. Many voters were disenfranchised because they did not receive their National Identification Card or the polling stations were located too far from their place of residence: on the other side of the country in some cases. Moïse continued similar authoritarian tactics, such as disbanding the Haitian parliament and dismissing all elected mayors. Perhaps the straw that broke the camel’s back was his refusal to leave office this year, claiming his term actually ends in 2022. Thus, a culmination of past and present infringements on democracy, along with a climate of perpetual health, environmental and economic crises, erupted into a violent and deliberate attack against the country’s current head of state, who represented a hindrance to the liberty of the Haitian public.

Despite these threats to democratic norms, both Presidents had bi-partisan support from the last three U.S. Presidents due to the implementation of right-wing governance reforms, which uphold American Imperialism. To illustrate, in 1995, the World Bank and International Monetary Fund pressured Haiti to slash import tariffs on rice from 50% to just 3%, opening the door for cheap goods from the U.S., which undercut local industries and workers. Hundreds of thousands of jobs have been lost in the sector as a result.

Consequently, it should come as no surprise that both administrations had been dealing with widespread street protests, violence, and extensive corruption investigations. In fact, many schools in Haiti had to close for several weeks during the 2019-2020 school year due to protests regarding gas shortages, making it unsafe and difficult for children and teachers.

Among our small circle of Haitians abroad and in-country, there are concerns that this event may lead to une guerre civile (a civil war), as my mother said. Indeed, it is a pessimistic situation that may remind one of the aftermaths of coups in Liberia in 1980, Nigeria in 1966, or Somalia in 1991, the latter of which is still ongoing. There is a power struggle between senate chief Joseph Lambert, the new Prime Minister, Ariel Henry (picked by Moïse), and the self-declared interim President and outgoing Prime Minister,

Claude Joseph. Joseph has both U.S. and U.N. backing, and there are only a handful of elected officials currently in power. Furthermore, he asked the U.S. and the U.N. to send troops to stabilise the region and assist in the investigation.

Further fanning the flames, Martine Moïse, widow to the President, released an audio-recorded statement to her Twitter account on Saturday, “They sent mercenaries to kill the President at his home with members of his family because of roads, water, electricity and referendum as well as elections at the end of the year so that there is no transition in the country.”