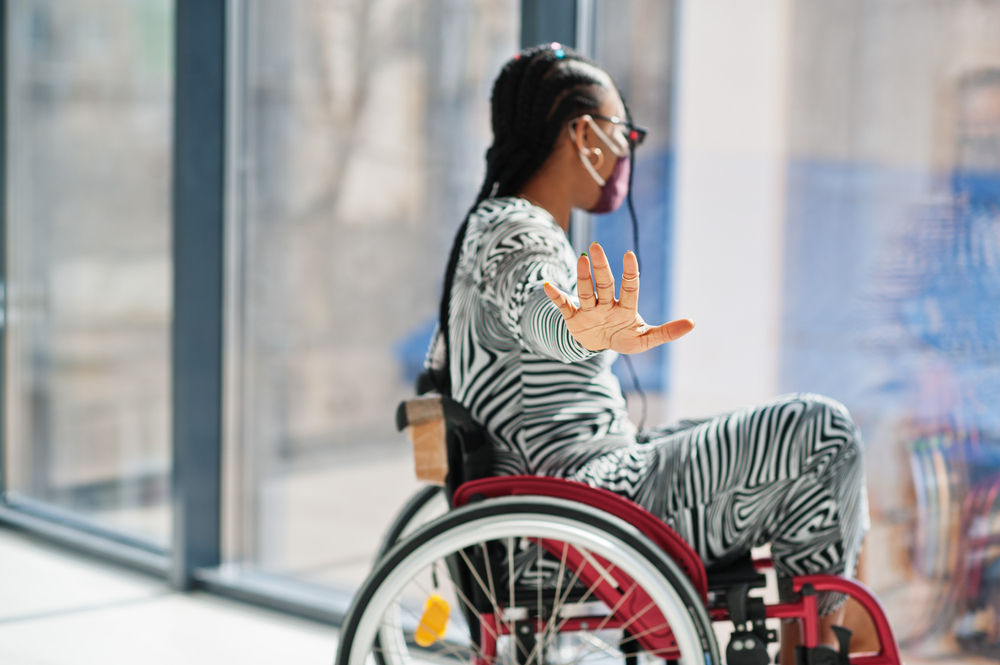 The Campaign Against Gendered Oppression and Disabled Violence

The Campaign Against Gendered Oppression and Disabled Violence

On the 7th of January 2021, a disturbing video was posted on Twitter showing a man sexually assaulting a Woman living on the street in Lagos, Nigeria, who we later find out has a mental illness. The incident was filmed by a man passing by, while a spectating crowd gathered around. I had an immediate visceral reaction to what I had just seen and could not view it in its entirety. What was more troubling were some of the conversations that followed. Instead of complete communal condemnation, there was an eruption of jokes and pockets of debates about whether this inhumane act was consensual. The mortifying scene and distasteful discussions consequently piqued my curiosity about the glaring lack of inclusion that Women with disabilities face in discussions surrounding sexual violence, rights, and protections.

The literature shows that people of colour (POC) are at greater risk of becoming disabled, often in conjunction with lower socioeconomic or immigrant status. Therefore, being a Woman with a disability puts you at a double disadvantage, and being a Black Woman with a disability means you are further marginalised within a minority group. There are also numerous barriers for disabled POC in obtaining quality rehabilitative and speciality health care services.

To discuss the peculiarities of sexual violence and sexual harassment, particularly Black Women with disabilities, I spoke to proponents of disability rights, two Women living with disabilities. Benedicta Oyedayo Oyewole works in Nigeria as an activist for disability and Women’s rights. Soneni Gwizi (popularly known as Flawsome in her community) is a content producer, influencer, and ambassador for the Action on Disability and Development For Africa in Zimbabwe.

Women with disabilities have increased vulnerability factors that make them more susceptible to perpetrators. Women and girls with physical disabilities are seen as less able to defend themselves or escape abusive situations.  Also, perpetrators of crimes against girls and Women with disabilities, especially those with intellectual and hearing impairments, usually assume that their victims will not tell others about what has happened to them. Oyedayo highlights this in our discussion, saying,

“I have reduced mobility, and I had this experience where a man got hold of me, and while I was struggling, he let go me suddenly and said, ‘Okay, run’, and then he said, ‘If you run, I will catch you, there’s no point’. I had multiple vulnerabilities, and he found them as an easy way in’.

‘I worked with a disabled teenager who was raped by six men but refused to report the case or press charges because she has gone through life not being seen as desirable, so the mere fact they saw her desirable enough to want to have sexual intercourse with her was enough.’

‘There are some experiences peculiar to Women with disabilities. For example, in some cultures, your brother-in-law is figuratively said to be your husband. Women with hearing impairments and intellectual disabilities might not truly understand the full extent of the concept. These brothers-in-law take advantage of the situation in secret by intimidating them sexually with the claim ‘you are my wife’ without any consequences’.

Moreover, studies by Disability Justice have shown that long-term verbal abuse exacerbates vulnerabilities and also sets the stage for physical abuse. In our discussion, Oyedayo shared a story illustrating this.

‘I worked with a disabled teenager who was raped by six men but refused to report the case or press charges because she has gone through life not being seen as desirable, so the mere fact they saw her desirable enough to want to have sexual intercourse with her was enough. It shows you how ingrained it was’.

Women with disabilities are deemed undesirable, not sexually active and innocent, thus no one will rape them. Meanwhile, they are the most likely to be abused

“I went for a routine check-up at the hospital once with a friend, the doctor ignored me, speaking about me to my friend. I thought, why are you not talking to me? I’m the one that came here. There’s a deep infantilisation of Women with disabilities. They don’t see you as someone that can make decisions for yourself, about your body, about anything that concerns you. Someone else must advocate for you.  For the longest time, I couldn’t go for my check-ups because it was such an uncomfortable experience that I couldn’t fully express myself.”

There is also an absence of legal protection concerning sexual violence against Black Women with disabilities. This is steeped in societal dehumanisation and inadequate access to legal systems. Soneni shares her perspective gleaned from her work.

‘We have had incidents where Women with disabilities are raped, and they cannot report their stories because no one is going to believe them, and even if they want to report it, access to the police station might be impossible for them. Even to cross the road to file a story is commonly a difficulty”.

Oyedayo also contributes to this.

”In Nigeria, no case of sexual abuse against a disabled person has ever been followed through by the justice system. They go to the police station to report their intimate partners, and the police would say, you better go home. You know you are a disabled Woman. There is no place for you to go. You should even thank God you have a husband. They are consistently turned away”.

Intersectionality in activism and community organisation is necessary for gender issues to be genuinely addressed. From sexual and gender-based violence to menopause, Black Women with disabilities should be included in all discussions.

No Woman is more Woman than the next, but every Woman braves a different experience, and unless there is absolute inclusion in conversations, it is exclusive and discriminatory.

Header Image: AS photostudio via Shutterstock