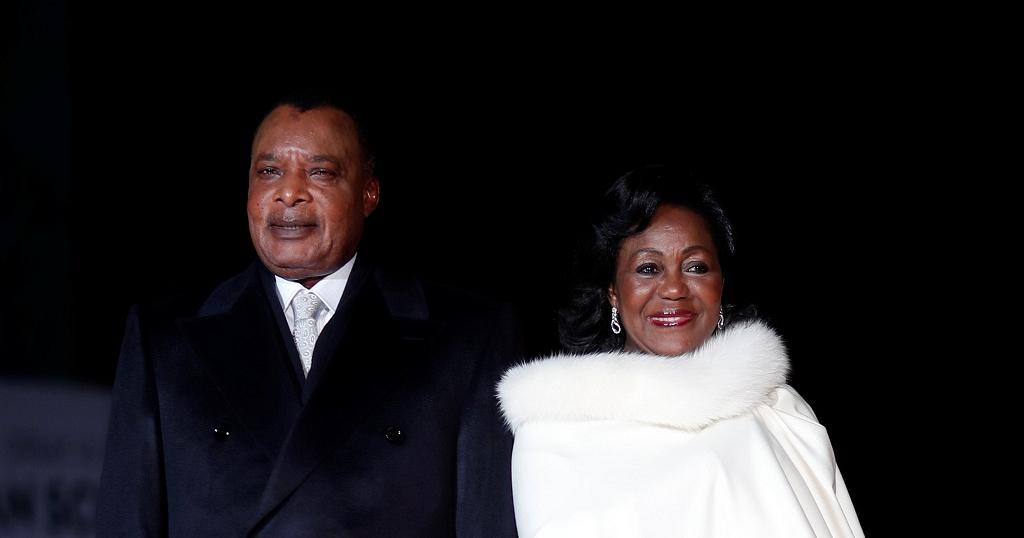 “Many years ago, there was an Emperor who was exceedingly fond of new clothes that he spent all his money on being well dressed… He had a coat for every hour of the day, and instead of saying, as one might, about any other ruler, ‘The King’s in council,’ here they always said ‘The Emperor’s in his dressing room.’” The Emperor’s New Clothes by Hans Christian Andersen.

One hundred- and eighty-four-years years after this literary folktale was written, the Emperor now lives in the Republic of Congo, also known as Congo Brazzaville. Denis Sassou Nguesso still spends lavishly on clothing. In fact, it’s reported that he splurged 1.18 million euros on shirts and suits at the Boutique Pape in Paris’ select 7th arrondissement – clothes he didn’t wear more than once. France’s Libération newspaper quoted his former aide saying that he “changes shirts three or four times a day and boasts that he never washes them and uses them as Kleenexes”.

Besides clothes, the Emperor loves power. He has ruled Congo for 36 years and is poised for another five-year term, having been declared winner of the 21st March presidential election.

It was Alassane Ouattara, Cote d’Ivoire’s head of state, who first coined The Emperor nickname for Sassou Nguesso. Guinea’s leader, Alpha Condé, also joked during his inauguration in December 2020 that everyone knew who “The Emperor” was as he welcomed the Congolese ruler. Nguesso’s longevity in power and the impeccable cut of his finely tailored suits have a lot to do with why he has earned this moniker.

Denis Sassou Nguesso came to the fore in the middle of the Cold War, when USA’s Jimmy Carter and Soviet Union’s Leonid Brezhnev shared the world. From 1979 to 1992, he was president of the Republic of Congo and ran it as a single-party Marxist state with the backing of the USSR and Cuba. When the Soviet Union collapsed in December 1991, the dynamics of Africa governance changed. International and internal pressure for change forced him to preside over Congo’s transition to a multi-party-political system. When he called for free elections in 1992, he emerged third. His long-time rival, Pascal Lissouba, won the ballot.

In 1997, as a new presidential election approached, Nguesso’s Cobra militias, backed by troops from Angola, fought and overthrew Lissouba. Nguesso has held the top job since then.

In 2015, he pushed through constitutional reforms that lifted the ban on the 70-year age limit, which would have barred him from contesting polls when his term expired. In 2016, Nguesso won re-election, with over 60% of the vote. His two main challengers, Jean-Marie Michel Mokoko and Andre Okombi Salissa, disputed the result. They were soon after charged and found guilty of “undermining security of the state” and are currently serving 20-year jail sentences.

IN THEIR FATHER’S SHOES

In 2019, Global Witness, an anti-corruption campaign group, accused the president’s son, Denis Christel Sassou Nguesso, of embezzling $50m from the Congolese treasury to finance his luxurious lifestyle. In one month alone, Christel spent $35,000 derived from the coffers of the publicly owned Société Nationale des Pétroles du Congo (SNPC) to purchase Louis Vuitton and Roberto Cavalli designs. His father appointed him as deputy managing director of SNPC in 2010.

They also implicated his daughter Claudia Sassou Nguesso, of stealing $20 million in public funds. She used $7 million in buying a luxury apartment at the Trump International Hotel and Tower in New York. Another daughter, Julienne Sassou Nguesso, also funnelled over $10 million of state money to buy and renovate her home in the ritzy Paris suburb of Neuilly-sur-Seine.

Following a criminal complaint filed by Transparency International, French authorities have been investigating the Congolese Presidential family’s assets, believed to be gained through misappropriation of public funds. As part of the probe, investigators found that the ruling family had spent $67.6 million on luxury goods and real estate in France.

Interior Minister of Congo Raymond Mboulou announced on state television on 23rd March that Nguesso secured 88.5% of the vote. His primary challenger, Guy Brice Kolelas, who died hours after the poll closed, received 7.8%. Kolelas was being evacuated to France to be treated for COVID-19 when he succumbed aboard a medical plane. The remaining ballots were split among the five other contenders.

On the morning of the elections, the government shut down the Internet. The disruption continued as polling took place, and they did not restore service until after results were announced on Tuesday night. Observers were denied permission to monitor this poll.

HOW DOES THE STORY END?

As the narrative progresses in Christian Andersen’s classic tale, two imposter weavers enter the city and tell the Emperor they will create a suit for him that would be invisible to stupid people. The Emperor hires them. A succession of officials, and even the Emperor himself, visit them to check their progress. Each sees that the looms are empty but pretends otherwise to avoid being thought a fool.

The Emperor’s pride prevents him from admitting that he cannot see the clothes. Such an admission would make him seem stupid. In like manner, Nguesso refuses to recognise that his patrimonial network, by dominating the domestic economy and siphoning funds from the state-owned oil company, is bleeding the country dry. Congo Brazzaville is the fourth-largest oil-producing country in sub-Saharan Africa, with a daily output of 350,000 barrels, yet 41% of its citizens live below the global poverty line.

Oil revenues are primarily for the maintenance of the Congolese elites and generate very little benefit for the development of the country.

The Emperor gets to march on until 2026. He may choose to continue with his parade, or he could admit his mistakes and withdraw humbly. But don’t hold your breath; we all know how the story ends.