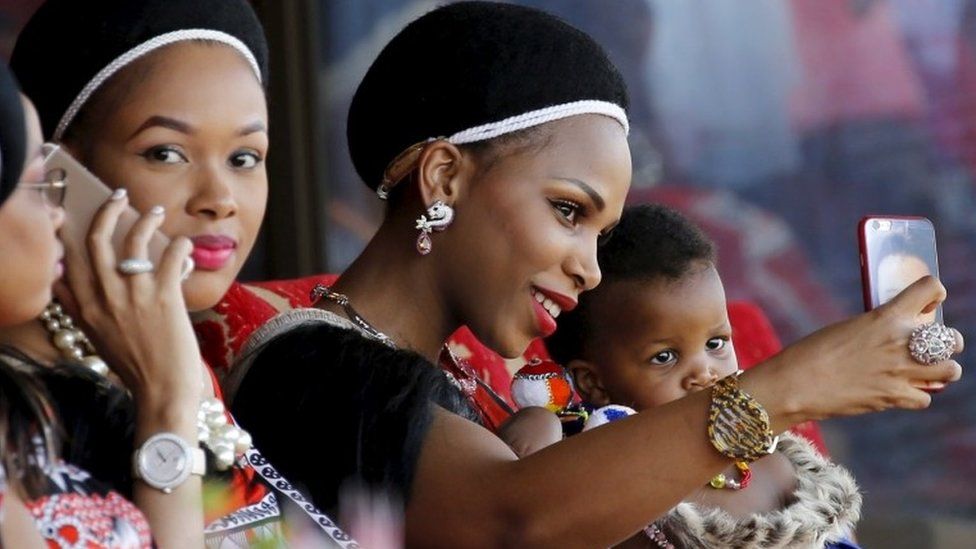 On the 29th of June, 2021, South Africa’s Public Broadcaster SABC reported that King Mswati III had fled his Kingdom of eSwatini, formerly known as Swaziland, as pro-democracy protests escalated. The King left behind his 15 wives, his fleet of 19 Rolls-Royce cars, 20 Mercedes-Maybach S600 Pullman limousines, and 120 BMW sedans. eSwatini officials immediately issued a statement denying the “false media reports” and appealing for calm. They also imposed a dusk-to-dawn curfew, shut down the internet, and detained and tortured journalists who were covering the rallies.

However, at the time of writing, the King’s location remains unclear, as he’s yet to be seen or heard.

Protestors in eSwatini have clashed with the army over the killing of a student. Photo credit: Zambia24

The ongoing protests in this tiny nation of 1.2 million, wedged between South Africa and Mozambique, has been met with brutal police crackdowns. Dozens of people have been left dead as security forces clashed with demonstrators who barricaded roads, looted and set fire to businesses linked to the royal family. Human rights groups, opposition leaders, and medical staff report that security officers fired live rounds at protesters as hospitals filled up with gunshot victims.

Nkosinathi Zoro Kunene, a nurse at Hlathikhulu Government Hospital in the southern part of the country, told the New York Times that in his two decades working at the institution, he had never seen that volume of gunshot patients.

He went on to say: “So many people are dying. The king should just humble himself and accept that people are sick and tired of this absolute monarchy.”

Why are the Emaswati Protesting?

Protests began in May when the body of Thabani Nkomonye, a law student at the University of eSwatini, was found in a field outside the city of Manzini. It’s believed that traffic police officers shot dead Thabani, although detectives claimed he was a victim of a car accident. Under the hashtag #JusticeforThabani, teachers and students took to the streets, calling for an end to police brutality. Dissident lawmakers and activists also joined the demonstrators to demand multi-party democracy, as well as constitutional and economic reforms.

Since 1973, political parties have been banned, with King Mswati III exercising absolute control on the government, including the appointment of cabinet members, judges and top civil servants. Given the lack of political freedoms, citizens usually present grievances through petitions to their MPs. The marches escalated on 24th June when the state issued a decree banning the delivery of petitions which called for reforms.

King Mswati III has been the reigning monarch by birth right since 1986 when he acceded to the throne after the death of his father. He rules the country with an iron fist and enjoys an extravagant lifestyle with his 15 wives and more than 30 children in his 13 palaces. According to the Kingdom’s traditions, King Mswati is entitled to a new wife every year at a festival known as the reed dance, where thousands of virgins parade themselves bare-chested, and he picks one among them. Families who don’t send their ‘maidens’ to the festival are fined by the local chiefs.

Mswati’s children occupy top government seats in eSwatini. Prince Sicalo is the principal secretary at the Ministry of Defence; Prince Lindani is the director of economic affairs at the King’s Office; Princess Sikhanyiso is the Minister of Information, Communication and Technology. The King assigned a further 11 princes and princesses to five other commissions. Eight more members of his household are in the Senate, and six in the House of Assembly. He also appointed 17 other of his kin to the kingdom’s two most influential advisory committees: Liqoqo and the Ludzidzini Council, a group of senior traditionalists centred around the King’s Palace. His family owns stakes in numerous business ventures, including at least a 25% cut of mining deals in the state.

In an interview with the magazine Geo, Lucky Lukhelé, spokesperson for the pro-democracy Swaziland Solidarity Network, said: “The wealth of the country is systematically confiscated by the king and his relatives: any foreign company, such as the subsidiary of Coca-Cola, must cede 51% of its shares to a sovereign fund held by the monarch and also accept a member of the royal family to its board of directors”.

For his 50th birthday party in 2018, the King wore a watch worth US$1.6 million and a suit beaded with diamonds weighing 6kg. Days earlier, he had taken delivery of his second private jet, which, with upgrades, was estimated to have cost US$30 million. In November 2019, the King received a shipment of 19 Rolls-Royce cars just as public servants were hitting the streets demanding pay increases.

In July 2020, US ambassador to eSwatini Lisa Peterson called for the kingdom’s constitution to be changed to stop King Mswati’s lavish spending. She said the US had given more than half a billion dollars in help to eSwatini over the past 15 years. “It reaches a point where you ask yourself why are we putting this money in? Why are my taxpayer’s dollars going to this, my children’s tax dollars, heaven forbid, my grandchildren’s tax dollars go to pay for healthcare in this country when someone [the King] clearly has a lot of money and doesn’t quite seem to know what to do with it all?”

The King’s lavish lifestyle contrasts with his subjects. The UN reports the national poverty rate at 63%, unemployment at 41%, and HIV prevalence at 31% – the world’s highest rate of infection.

The recent protests are a culmination of years of frustration with an autocratic king and a weakened economy that has impoverished citizens and concentrated wealth in the hands of the monarchy. With the calls and cries for change becoming louder by the day, Mswati III can no longer ignore them.

The coming months will determine whether Africa’s last absolute Kingdom will fall.

Header Image: One of the 15 wives of King Mswati takes a selfie during the last day of a reed dance ceremony at the Ludzidzini Royal Palace. Credit: BBC Africa