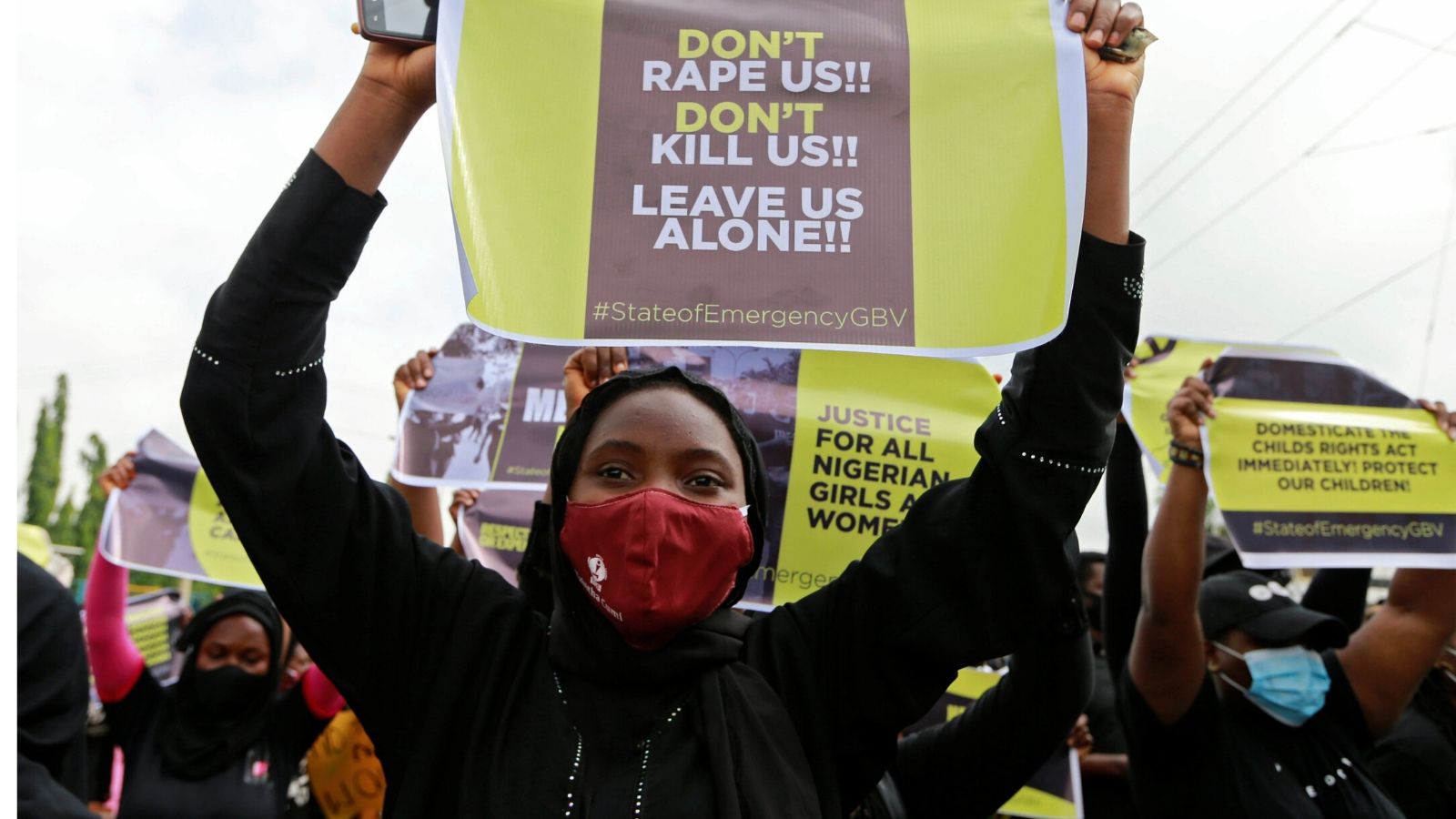 It had to be a Sunday when it happened. I was about 14, and I found myself eavesdropping on a family meeting spontaneously set up after my aunt was physically abused by her husband.

I stared at her swollen face and the traces of tears down her cheeks as she was lovingly told that it happens to everyone. She didn’t need to “make a fuss about it”. She was made to believe that forgiving her husband and moving on was the only way to go about her situation. “It’s all in the past now”, they said as they asked her to smile and embrace her abuser.

This was not the first time I had heard of an instance of gender-based violence (GBV) or, more specifically, intimate partner violence (IPV), but it was the first time it had hit so close to home. “Why would she stay?”, I thought to myself as I watched the people dearest to my aunt labour to keep her in such an incredibly harmful situation. I was shocked.

Situations like this are the material consequence of ‘toxic positivity’. According to The Psychology Group, toxic positivity is the excessive and ineffective over-generalisation of a happy, optimistic state across all situations. The process of toxic positivity results in the denial, minimisation, and invalidation of the authentic human emotional experience.

Shaming or chastising others for expressing anything other than happiness, diminishing people’s trauma, and shutting down grievances with rebuttals like “it could be worse”, which fail to accommodate one’s emotional state, are just a few instances in which this phenomenon occurs. In my aunt’s case, her violent experience was abated and denigrated. In turn, we see how this mentality continues cycles of abuse faced by Women, especially those in West Africa, where gender parity is already low.

Toxic positivity leads to the rejection and renunciation of the experiences that Women affected by Gender-Based Violence face. A 2020 narrative review analysed 29 studies on domestic abuse and found evidence that positive psychology can be detrimental in troubled relationships as it leads to the belittling of domestic abuse in terms of a risk assessment. It was also found that attributes of positivity such as optimism, acceptance, forgiveness and resilience expected from a community, increased the risk of people staying with their preparators and being subject to escalating abuse. As was highlighted previously, my aunt’s case of abuse was dismissed as nothing serious, something that happened to everyone, and she was asked to move on and remain in her relationship.

This mentality also hinders us from acknowledging negative experiences when they occur. I spoke to Esther, an Urhobo Woman from Delta State, Nigeria, who has also experienced Gender-Based violence:

“I have made excuses for someone who assaulted me because I really needed to see the bright side to this person. I needed a good end to the story. I told myself, ‘he did not mean to do it; it must be raging hormones; I actually think he is a good person in his heart, and this can work if I move past it’. Instead of acknowledging what had happened, I tried to forget it”.

Women hide their abuse, and whenever they speak out, they are encouraged and sometimes even forced to remain in their abusive situation in order to keep up appearances. The desire to be perceived as a ‘good’ Woman, wife, mother, or daughter leaves many African Women unable to fully challenge violence.

An unwavering culture of positivity can also prevent Women from reporting cases of GBV to the authorities. In a study conducted on the trends of reporting Gender-Based violence in developing countries, it was discovered that the most common reasons why Women from West African countries, specifically Mali and Cameroon, did not report GBV, were that there was “no use” reporting such cases, it was a “normal part of life” and that they “did not want to disgrace the family”. In contrast, Women in other West African regions commonly cited feeling “embarrassed” and a “fear of retaliation” as their reasons for not reporting GBV.

Image of a woman holding a placard, which reads: We demand a national plan to combat Gender-Based Violence. Photo credit: Sonke Gender Justice

When I asked Lanre, a Yoruba Woman from Ekiti State, Nigeria, why she did not report a case of Gender-Based Violence against her, she said, “You just don’t report such things. It is just not a thing around here. You won’t be listened to. You just have to move on”.

Such sentiments are also reflected in the situation regarding my aunt’s abusive marriage. Years later, when I asked my mother why we did not report my aunt’s case to the police or any organisation concerned with domestic abuse, she responded by saying such allegations would “bring shame to the family name”.

With regards to my aunt, we spotted the first sign years ago, and, unfortunately, they persisted, extending from physical to even financial abuse.

He would force her to withdraw her salary from a local ATM for him every month, leaving no money for his wife. Such was a tactic to leave her financially dependent on him and, subsequently, more vulnerable to his control. The situation escalated to this point through a series of invalidations of her trauma, which on the surface seemed less sinister than they actually were. The compound effect of this was demonstrated via her total submission to him and lack of will to be separated from her abuser or even report him to the authorities. Unfortunately, she still remains with him.

Additionally, the impact of toxic positivity can alienate Women who share their negative experiences, making it harder for them to heal. In an interview with Naa, who is from the Ga tribe of Accra, Ghana, she gave me her personal account.

“We Ga are the party tribe of Ghana. So, anyone who brings up such conversations is seen as bad or a ‘party pooper’. We are not made to be gloomy and talk about abuse and things of such nature. People want the Joyful Naa. This made me shy away from such topics and has made it difficult to share my pain. So even in being vulnerable in my relationship, I am struggling because I am known as a happy person”.