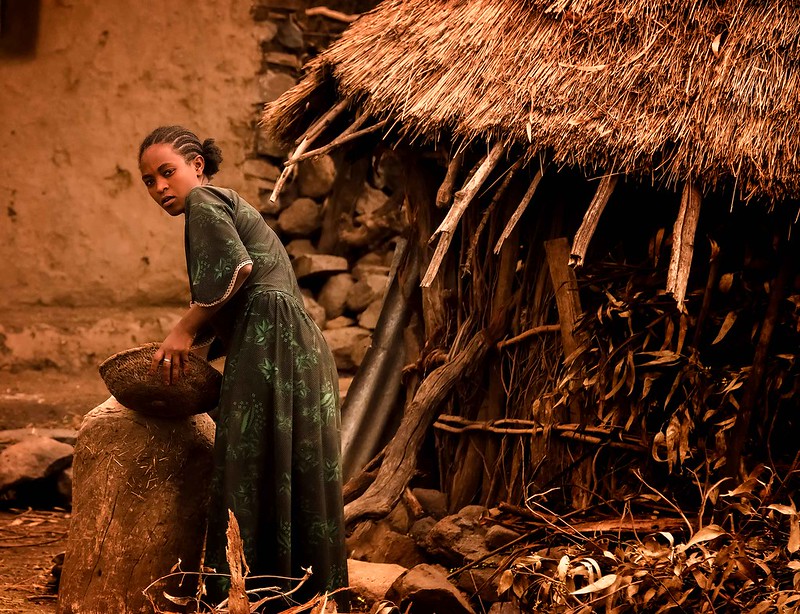 UN International Day of the Girl Child 2021: Stand with Girls

Child marriage is defined as marriages where one or both partners are under the age of 18. However, girls are disproportionately affected by the practice. Child marriage is more commonly seen between female children and much older men.

It is an old practice that has been occurring for thousands of years.

UNICEF predicts that if there is no considerable change, Africa’s child marriage rates will double by 2050.

Child marriage practically puts a stop to a girl’s childhood, ends her education, lowers her economic and financial opportunities.

Many African communities often hold regressive gender stereotypes that consider their female population nothing but ‘child-bearers who are most times disposable. Some families and societies view female children as burdens or liabilities. Female children are viewed as useless or unimportant unless. Women’s education and personal development are not considered important as they are viewed as nothing more than domestic helps that cook, clean and cater to their male partner while bearing and raising his children.

Girls in poverty-stricken areas are at an even higher risk of child marriage as most cannot afford to further their education or learn a skill. Sometimes female children of poor families will be sold to marriage for a bride price. Most families demand an expensive bride price, and men will normally save up to get a wife. This is why most times, girls are married off to much older men who can afford the bride price.

A high percentage who are victims of child marriage are at a higher risk of domestic and even sexual violence.

According to the International Center for Research on Women (ICRW), girls who marry before 18 are twice as likely to experience domestic violence and abuse compared to girls who marry after the age of 18.

Child marriage also affects the social life of young girls. They can be isolated from friends and family, and excluded from communal activities and this can affect their mental health.

The negative effects of child marriages don’t just affect the child: children of child brides are 60 per cent more likely to die in the first year of life than those born to mothers older than 19.

A lot of female children cannot escape this violent cycle because of poverty and lack of access to education. Some girls may get opportunities to study but are discouraged or forced to drop out by family members who may see marriage as a bigger priority over education and skill acquisition. Some societies believe young girls are ‘ripe’ for marriage as soon as they hit puberty. There is an obvious link between the high child marriage rates in Africa and the over-sexualisation and adultification of Black girls. The youth and innocence of these girls are erased and they are sent off to spend the rest of their lives married to older men who increase their risks of abuse, poverty and disease.

The Patriarchy is designed to exploit the female body as early as possible, whether to provide the men with sexual pleasure or conceive offspring.

Our society’s obsession with youth, especially female youth is also another major reason why young girls are married off at alarming rates. Female youth is not just sought after, it’s exploited and still even punished. Adolescent girls who have hit puberty are assumed to be more fertile even if research says otherwise. And in violently misogynistic communities where the female body is viewed as nothing but a vessel to bear children and pleasure men, female children don’t stand a chance. Societies consider older women ‘expired cargo’ and African older men, well into their 50s and 60s are notoriously fond of proclaiming to prefer ‘getting the fresh ones’ or ‘catching them young’. The Patriarchy is designed to exploit the female body as early as possible, whether to provide the men with sexual pleasure or conceive offspring.

Predatory older men often prefer to go after them because of their innocence and naïvety. Numerous research has shown many older men prefer younger women as partners and most of the time they take advantage of the age difference to manipulate and abuse the girls. Purity culture is also a catalyst for this harmful practice because the patriarchy assigns value only to girls and Women who are sexually ‘pure’ and ‘untainted’. Youth has always been tied to purity as younger girls are considered less experienced and knowledgeable in matters concerning sex.

Many of these girls are groomed from birth, as some are targeted by adult men as soon as they can walk.

It must also be considered that most of these girls are forced into marriage as children. According to WalkFree, “The prevalence of forced marriage among all world regions is by far the highest in Africa at an estimated 4.8 victims for every thousand people.”