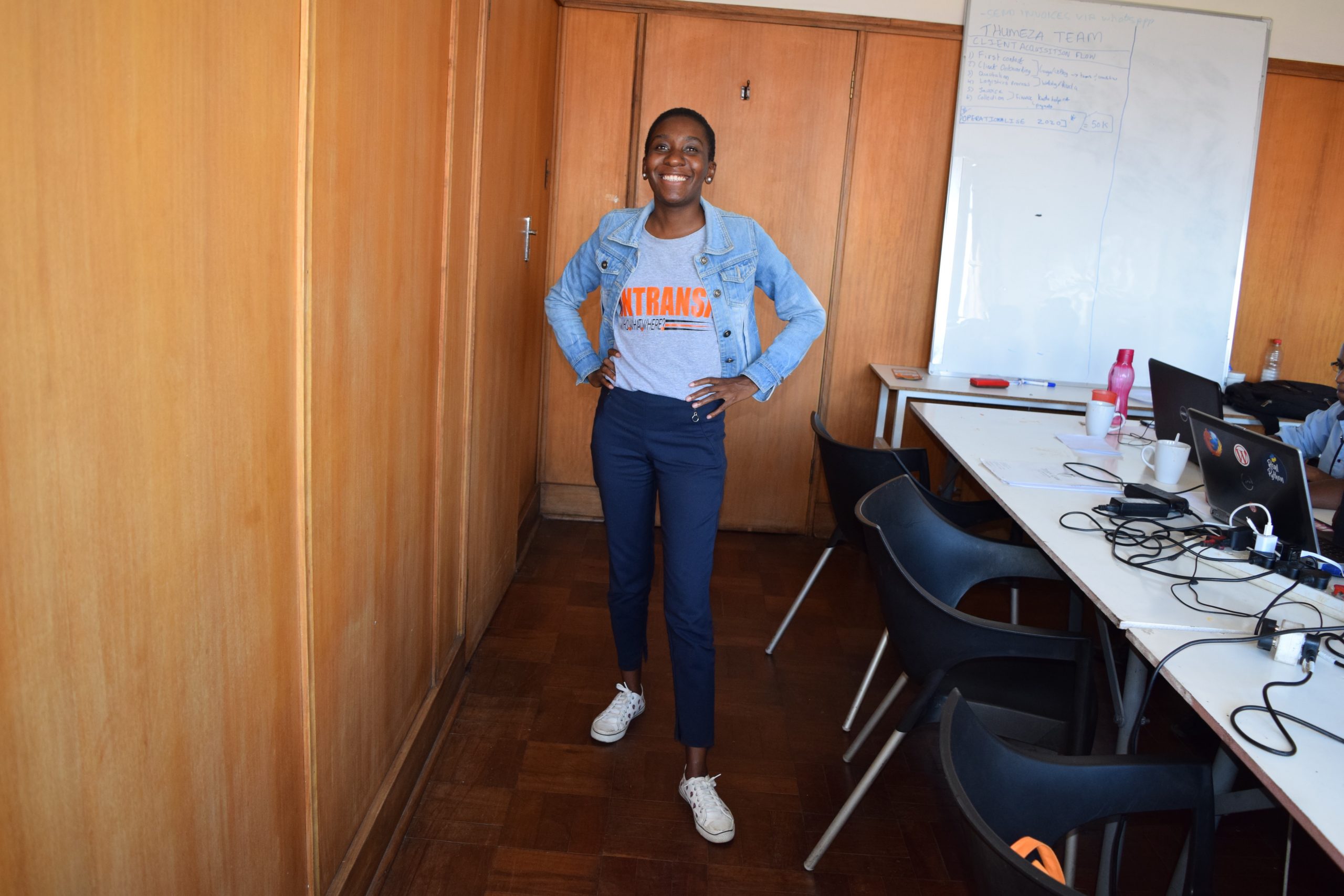 “Thumeza is an online logistics platform that helps enterprises coordinate the movement of their loads to the supply of transporters,” says Gugulethu Siso, the founder and CEO of the company. Thumeza was started in April of 2018 and was birthed out of frustration:

“I was unable to get essential goods delivered to my grandma who lives in a village just 850 kilometres away from Bulawayo, which is a metropolitan area.”

This experience opened her eyes to what not only individuals were facing, but also enterprises that were struggling to move goods within the country, especially within rural areas: “if I was struggling to move just 50 grams, what about someone who needed to move as much as 30 tonnes? How exactly are they doing it?”

Their market research sought to discover how goods were being moved around the Zimbabwean market; they found that “the bulk of goods are not moved by trucks but are also moved by minibuses which are called kombis here. [Having] a lot of conversations with kombi drivers, the research showed that many of the problems faced by truck drivers were the same as kombi drivers,” Siso tells me.

Developing logistics services are an essential step in helping African economies increase their share of the global market. According to a 2019 report by Briter Bridges– a data-driven research company with a pan-emerging market focus – the logistics industry is constrained by infrastructural weaknesses, including damaged roads and accountability measures that ensure the transparent transport of goods. It is also a male-dominated industry, so Siso is always happy to see women involved in the space. “It’s still such a rare sight to see women who are fully involved in the logistics space not just as administrators, but as people who own and run vehicles and are also part of the value chain.” She did not necessarily feel, though, that the knowledge that it is male-dominated had affected her. She was accustomed to dealing with male figures from her work in her previous start-up, so she was confident that she would be able to navigate the industry.

She tells me that, in Zimbabwe, the logistics landscape is overrun with traditional logistics operators that are asset-heavy, and she finds that this is true for the African ecosystem in general. “These enterprises have been in business for the last fifty years and own a large fleet of vehicles. Since they’ve been here for a long time, they’re confident that they can charge the prices they want because their clients do not have any tangible alternatives. There are small-scale operators, but there are risks during transit, and if anything should happen, the likelihood that they have a large enough fleet to be on standby and get the goods moving is small and time is extremely integral in logistics.

”The vision for Thumeza, then, is to bridge the gap for enterprises (small, medium and large scale) to access affordable, accountable and transparent delivery solutions by leveraging informal and small-scale operators that are vetted by the company.

When I ask about navigating the Zimbabwean landscape, Siso tells me that the country is “an interesting place to conduct a business. I like to say that if you can succeed in Zimbabwe, you can succeed anywhere because it’s an economy that throws anything to you.” With the volatility of the currency and frequent political fallouts, enterprises end up being affected despite not being involved, and we just have to deal with the consequences ourselves.”

They have learned to adapt in the spur of the moment, but they also know how to stick to their long-term vision. “We always have to communicate with our clients to let them know that some of the changes we’ve made are a reaction to what’s happening around us. It’s not just us being difficult, we’re just trying to survive in an environment that’s quite volatile.”

Siso reminds me about the anecdote she gave at the beginning about why Thumeza began in the first place, “If there were efficient logistics systems in place like the one that Thumeza proposes, my grandmother wouldn’t need to have goods delivered from urban to rural areas. Ideally, in rural areas, there should be retailers that are now confident enough in the logistics systems in place to have things shipped to their stores. That would allow people like my grandmother to have access to such crucial things like medicine, food, and feminine hygiene products that, so far, can only be found in the cities because it’s just too expensive to export them rurally.”

“The cost of many items on the market are so high and many of us take it for granted, but they are simply out of reach for other women on the continent”, Siso gives me the example of the lip-gloss beside her, “Logistics can contribute to as much as 70% of the price of this particular good. It’s not just about moving the product to the end consumer. It’s about moving the sum of the parts, like the plastic, that needed to get to the producer, or the inputs that go into making the tube, as well as the machinery that would be used to print the label.”

She believes that their solution would allow women to have a better standard of living, and it would enable them to better their own lives by being part of an expanded value chain. Increasing the efficiency of logistics would allow for a better and faster flow of goods, which would finally reach regions that have thus far been excluded.

She adds that, by optimising the efficiency of the logistics industry and allowing businesses who rely on the transport of materials to maximise their profits, “more disposable income will circulate among communities, allowing for people to improve their standard of living.”

Thumeza is a ground-breaking solution because it changes not only business’ lives but also the lives of communities that are centred around them, “I believe we can change a lot of things by just daring to make a little difference.”

Written By: Yasmina Silva – a Bissau-Guinean writer and poet with degrees in Political Economy and African Studies. Her debut collection Anos Ku Ta Manda was published in 2019 with Verve Poetry Press. Follow her on Twitter/Instagram @yasmeeener and read more of her work at yasminanuny.blogspot.com