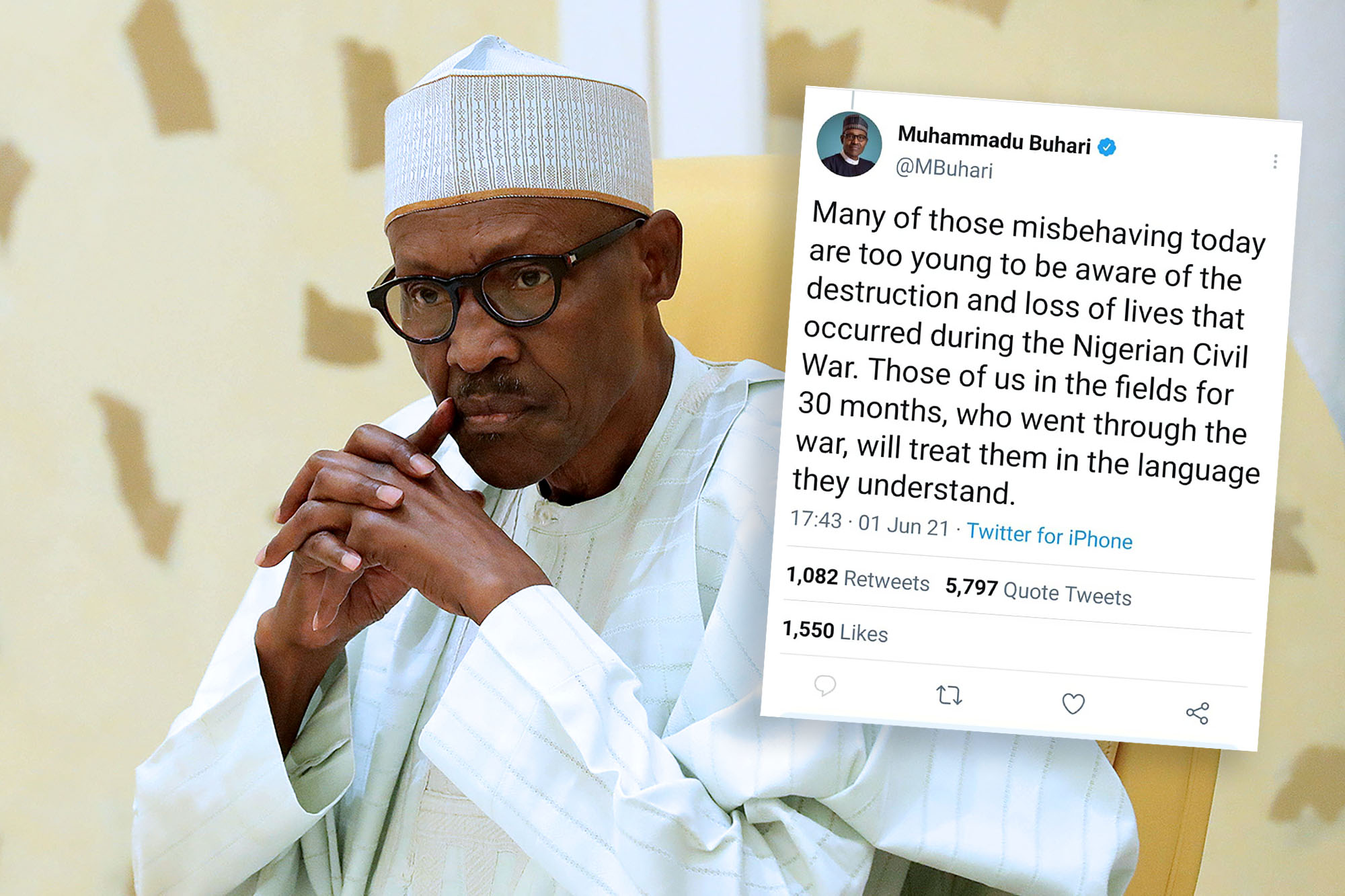 Thirty years ago, between April 29 and May 3, 1991, African journalists converged on Windhoek, Namibia to ponder the role of a free, independent and pluralistic media in the light of the constant pressures and violence faced by media professionals working in Africa at the time. The conference drew participants from 38 countries, and at the end of the conference, what became known as the ‘Windhoek Declaration’ was adopted in a climate of optimism. Co-founder of The Namibian, Gwen Lister, recalled: “The Declaration was adopted in 1991. It was due, in most part, to Namibia’s newfound freedom, the slow unravelling of apartheid in South Africa as well as growing resistance to African dictatorships and development−type autocratic regimes. This context resulted in an impetus for democratic reforms within a rapidly changing media environment across the continent.” Thereafter, the Windhoek Declaration has continued to imply an important role for governments within firm parameters of freedom, pluralism and independence. It seeks to ensure that states are proactive in protecting journalists and advancing opportunities for citizens to exercise freedom of expression while avoiding control of the media or a state monopoly on the media.

In its analysis on Nigeria, Reporters Without Borders said Nigeria is now one of West Africa’s most dangerous and difficult countries for journalists, who are often spied on, attacked, arbitrarily arrested, or even killed.

Twitter had removed a post by the President that threatened to punish separatists in Nigeria’s southeast. Barely a month before, on the 26th of April 2021, the Federal Government of Nigeria had sanctioned a major television station, Channels News television, for interviewing a spokesperson for a group in the south of Nigeria that pushes for a separate independent republic. This was not the first time the television channel had been sanctioned. In 2020, at the peak of the #EndSARS protests against police brutality, Channels News television, alongside three other stations, was sanctioned for covering the protests.

In its 2021 review of press freedom in Africa, Reporters Without Border said although there was less deterioration in Africa’s “Abuses” score, it continues to be the most violent continent for journalists, and the COVID-19 pandemic fuelled the use of force to prevent journalists from working. Dropping five points in ranking from its 115 rank in 2020, Nigeria was recently ranked 120 by Reporters Without Borders, the organisation that has, since 2002, been publishing the yearly World Press Freedom Index. The index ranks 180 countries and regions according to the level of freedom available to journalists. In its analysis on Nigeria, Reporters Without Borders said Nigeria is now one of West Africa’s most dangerous and difficult countries for journalists, who are often spied on, attacked, arbitrarily arrested, or even killed. It noted that the campaign for the 2019 general elections that returned President Muhammadu Buhari for another term in February 2019 was marked by an unprecedented level of disinformation, especially on social media. 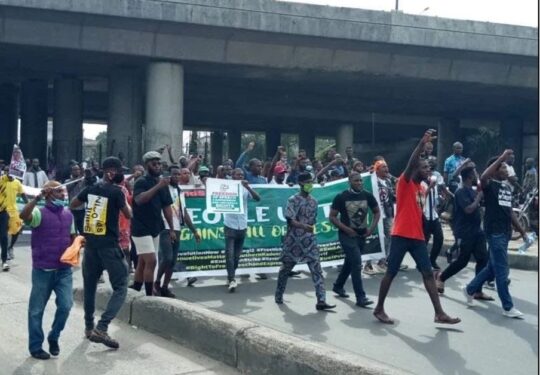 Mr Wole Ayodele, a Newspaper Correspondent at THISDAY Newspaper, speaks to Meeting of Minds about his experience as a journalist in Nigeria.

“Though my life has not been threatened directly under the current administration, but indirectly, my life has been threatened for writing reports of attacks on hapless and defenceless communities by herdsmen. I received anonymous calls warning me to desist from reporting the incidences’ or be prepared to face grave consequences. I have witnessed several incidents of clamping down on freedom of the press by the present administration. Some of such incidences include arrest and detention of journalists for several months in Abuja, Kaduna and Cross River States. A case in point is Agba Jalingo who was arrested and detained in Cross River State for several months and the Correspondent of Vanguard Newspaper in Kaduna State, Luka Biniyat, who was equally arrested and detained for months. Also, African Independent Television (AIT) was forced to stop airing Kakaki Social while the presenter of the programme was said to have left the country due to threats to his life.”

“AIT and Channels television were also fined millions of Naira for airing the views of people that are critical of the government including officials of Indigenous People of Biafra (IPOB). Similarly, the Daily Trust Newspaper office was raided by soldiers and shut down for publishing a report on insurgency which the authorities considered as offensive. New laws have been promulgated to censor the social media platforms under the guise of controlling hate speech which was targeted at denying citizens their freedom of speech and expression. The most recent assault on freedom of speech is the ban on Twitter and criminalisation of its usage by Nigerians.”

“My experience as a journalist during previous administrations was benign though there were pockets of cases of assault on the press. Personally, I was hounded by the Police in 2005 for writing a report which the then Commissioner of Police in Kogi State felt was injurious to his image. In December of 2015, I was brutalised by security agents in Jalingo, Taraba State during which I sustained serious injuries in the discharge of my duties as a journalist. Comparatively, there have been more attempts to clamp down on freedom of speech and expression in the present administration than the previous ones with the exception of the military regimes.”

In 2017, the Nigeria Union of Journalists declared Kaduna State ‘the most lethal state to practice journalism’ and warned that ‘…such attacks (in the state) may not abate soon’.

Press violations in Nigeria have spread across the years.

In July 2019 and in January 2020 respectively, two journalists were killed while covering a protest by the Islamic Movement in Nigeria. State Governors are some of the biggest free press repressors: The late Oyo State Governor, Abiola Ajimobi, ordered the demolition of a radio station, Yinka Ayefele’s Fresh FM. In 2017, the Nigeria Union of Journalists declared Kaduna State ‘the most lethal state to practice journalism’ and warned that ‘…such attacks (in the state) may not abate soon’. The state under Governor Nasir Elrufai has seen at least ten journalists and online commentators arrested and/or imprisoned such as Jacob Onjewu Dickson, Leadership Newspaper’s Midat Joseph, Vanguard newspaper’s Luka Binniyat and Steven Kefas. In 2019, the Nigerian investigative journalist and activist, Omoyele Sowore was arrested, with prolonged detention for 100 days, after two court orders to free him on bail were ignored. 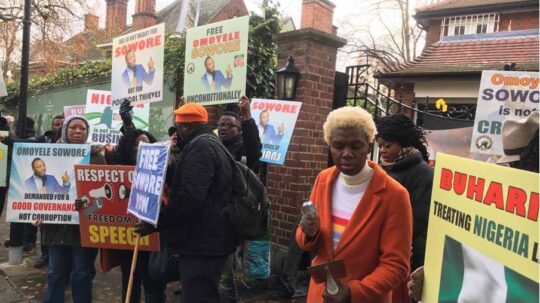 One of the most prominent newspapers in Nigeria, Punch Newspaper, has since 2019, addressed the democratically elected Buhari by his military title. In the editorial release announcing the decision, it said it would refuse to ignore what it called illegal detentions and attacks on civil society groups and journalists by Nigeria State Security Services (SSS). “Until [Buhari] and his oppressive regime purge themselves of their martial tendency,” said the editorial, “Punch will not be a party to falsely adorning it with a democratic robe … [but] label it for what it is — an autocratic military-style regime run by Major General Muhammadu Buhari (ret’d).”

Written By: Modupe Abidakun – a writer based in Ibadan, Nigeria. She is interested in culture and telling original African stories. Check out her lifestyle and social commentary blog.

By opening pathways for Women, these organisations are helping provide safer working environments and reduced avenues for sexual harassment in this male-dominated field

The unfolding events serve as a painful reminder that housing security cannot be bought. The bubble afforded to the elites does not guarantee safety