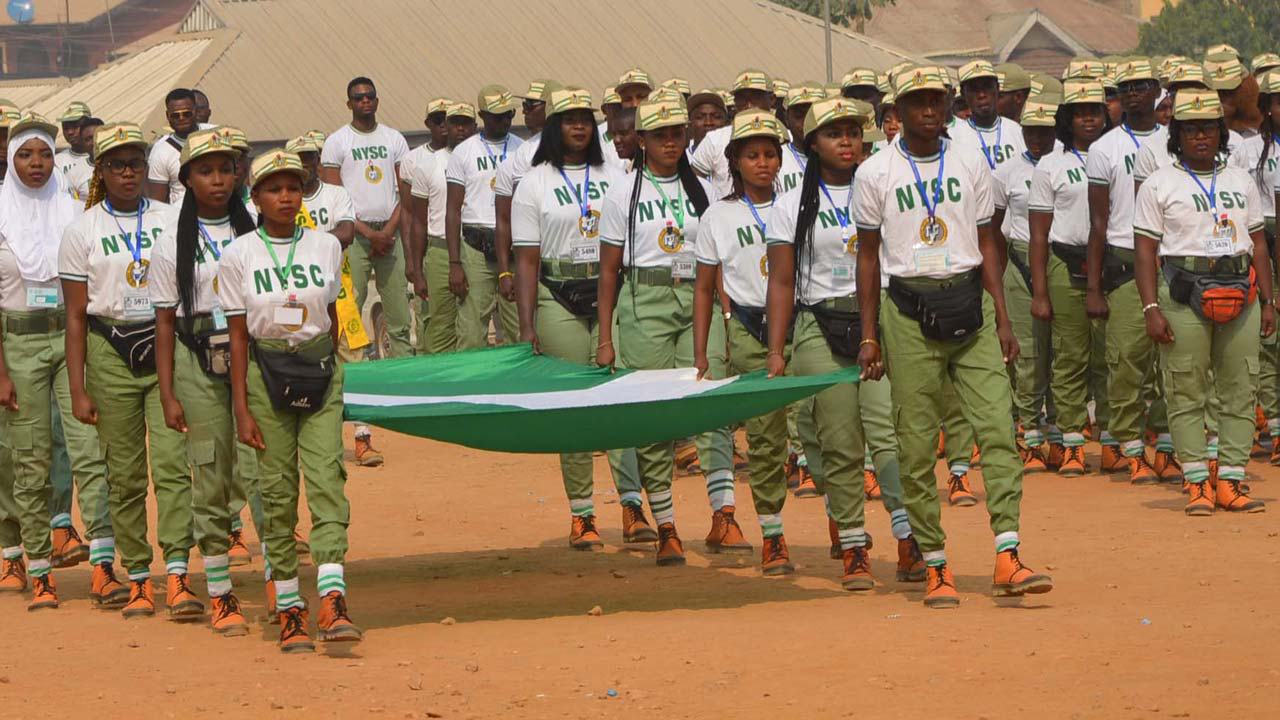 The National Youth Service Corps (NYSC) was established during the military regime of General Yakubu Gowon in 1973 – three years after the Nigerian Civil War. The programme enlists about 300000 graduates in two batches every year. It aimed to reconcile and rebuild the country after the civil war, bridge ethnic and religious divisions in the country and foster the spirit of nationalism. Participation in this one-year scheme is mandatory for all graduates of tertiary institutions with the age capped at 30. Participants are deployed to other regions of the country and trained in vocational skills, entrepreneurship, and combat skills whilst being encouraged to participate in community development.

48 years after its initiation, this scheme is hemorrhaging money with NGN161 billion allocated to it in 2020, whilst jeopardizing the safety and lives of the enlisted participants, and it has barely achieved its objectives of cohesiveness. 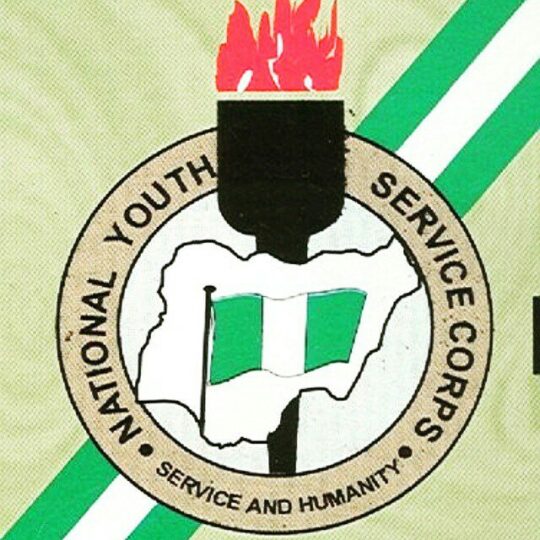 “They tested all of us before entry into the camp, and those that were positive were sent to an isolation facility – but the use of facemasks was not enforced”

On the 28th of February 2020, Nigeria’s battle with the coronavirus began. For NYSC, this meant closure of the camps. NYSC corpers at that time were sent home and the programme was temporarily suspended. However, to the surprise of many, the camps across the nation were reopened in November with barely any changes in accommodation modalities for the corpers as COVID-19 precautionary protocols. “Yes, they tested all of us before entry into the camp, and those that were positive were sent to an isolation facility”, Chigozie – a 25-year-old who is serving in Osun state said. “Within the camp, the use of facemasks was not enforced, we were sleeping on double bunks in a small space and all of our combat training and parades required prolonged contact with one another.”

While the problem of accommodation and health precautions can be easily solved with adequate political will, the overarching problem of insecurity that is rapidly plaguing many states across the federation is a timely issue that puts the lives of the corpers travelling to strange new states in great immediate danger. The spate of kidnappings, killings, farmer-herders clashes across the country has increased, frequently in the north central region of Benue, Plateau and Nasarawa, as well as the northeastern states of Adamawa and Taraba states. There have been reports of kidnappings and killing of corp members travelling to their states of deployment, even as far back as 2011. Most of these abductions occur during interstate travels yet there is no adequate data of the total number of kidnapped corpers. Oftentimes, some of the abducted corpers are rescued after ransoms are paid while others are not so lucky. Abduction-for-ransom seems to be a thriving business in Nigeria ever since the Kaduna state government paid about NGN30 million (approx. £52,000) in ransom for the Kankara boys.

With the high level of insecurity in the country, whereby calls for secession in the south-south and south-east as well as the southwest is bubbling to form a new nation, it is negligent for the government to send the youth across the country if they cannot guarantee their safety. The combination of all the factors mitigating the NYSC scheme forces one to ask if the benefits outweigh the dangers. 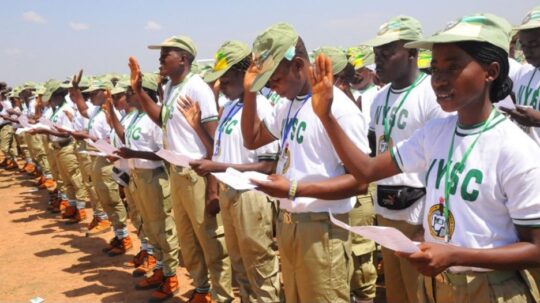 Nigerian youth corpers on a parade

Ibrahim Abdulsalam, a recent medical graduate currently serving in Benin city, Edo, says “I do not need this experience for my career progression. It is a waste of my time, and they pay peanuts compared to what I would have been earning if this wasn’t compulsory”. The scheme pays graduates the minimum salary of NGN33000 (approx. £57). Sometimes, the place of primary assignment pays an additional amount, others not so much.

It is ludicrous that a policy that disqualifies its citizens from labour market participation qualifies foreigners.

The NYSC is one of many government programmes in Nigeria which amount to poor economic decisions, despite the good political intentions behind it. Without an NYSC certificate, Nigerian graduates cannot get a job in Nigeria. Yet this does not apply to foreign citizens taking up employment opportunities in Nigeria, or even appointment to the position of the government offices in Nigeria, including the presidency, governors, and members of both the federal and state legislatures. It is ludicrous that a policy that disqualifies its citizens from labour market participation qualifies foreigners.

On the 24th of May 2021, a member of the Nigerian House of Representatives, Rep. Awaji Inombek Abiante sponsored a bill, that the National Youth Service Corps be scrapped. In his words, this is because of “incessant killings of innocent corps members in some parts of the country due to banditry, religious extremism, and ethnic violence. He further stated that “public and private agencies are no longer recruiting able and qualified Nigerian youths. They rely heavily on the availability of corps members who are not being well remunerated and get discarded with impunity at the end of their service year, without any hope of being gainfully employed.” 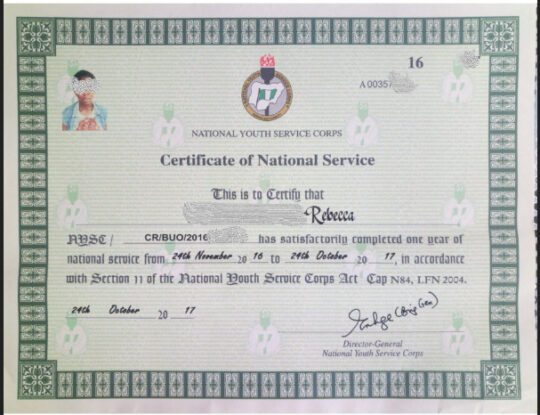 The arguments against this scheme transcend the insecurities and pandemic. Elections in Nigeria are often rife with violence, yet corpers make up a large percentage of the workforce used in the voting process. In 2011, seven corps members were killed during the post-election violence that erupted in some parts of the country after the presidential election. With another difficult election on the horizon, it is right to take precautions against the lives of prospective corpers.

Additionally, socioeconomic differences often play into the deployment politics in the NYSC scheme.  If you have money to grease the right palms, you get to choose whatever state you are deployed to. This undermines the objectives of the scheme. Abiante, in the explanatory memorandum of his proposal, listed the various reasons why the NYSC should be scrapped. According to him, “For children of the rich, how many of them would want to go to Sokoto or Yobe? It is still the children of the poor that are sent to those places (where) they are butchered.”

The arguments in favour of this programme claim that the corpers help in community development by taking on projects such as constructing boreholes, rehabilitation of public halls, and even computer donations to schools. There are allocations in the Nigerian annual budgets for education and capital projects. These are the responsibilities of the government, and they should focus on their duties instead of outsourcing them to corpers.

A well-functioning national labour market can help achieve the goals of national integration that the scheme promises seamlessly. Instead of a postgraduate scheme, a programme that pairs students in their final classes to individuals and firms in their prospective field of study on a mentor-mentee basis that also allows for hands-on experience, guidance and training should be instituted. This would require the collaboration of departments and the government in ensuring that students are exposed to their field of work before graduation and allow them the freedom to choose where to migrate to, especially if the security challenges affecting Nigeria are combated. The funds allocated to NYSC would be better spent diverted to this and similar programmes, rather than needlessly risking the lives of thousands of young people each year.