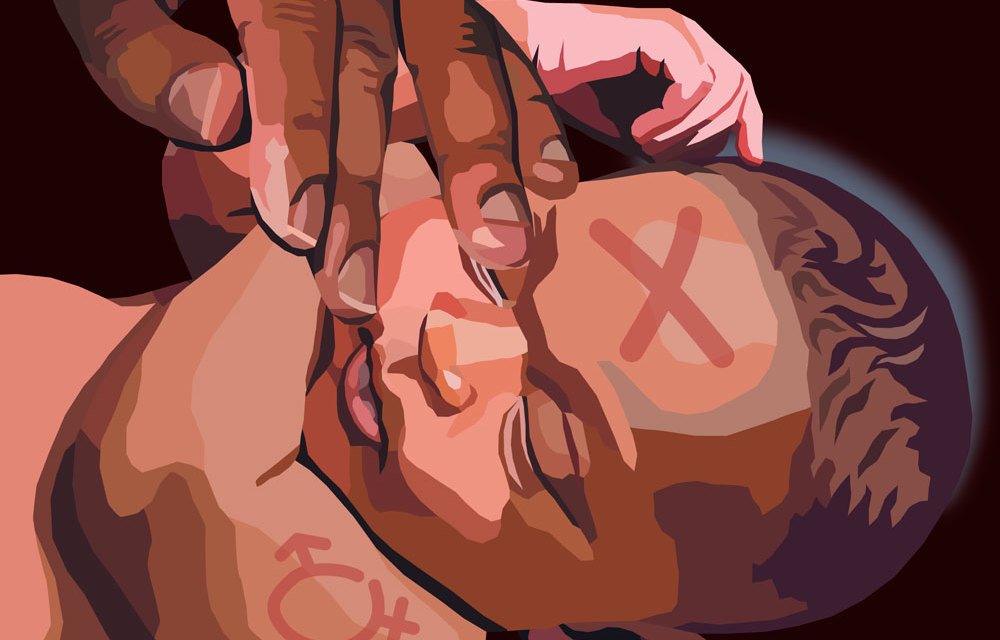 This Child of Mine: Part One

This Child of Mine: Part One

“…and you should have killed it the moment you saw it was not normal.”

A story of acceptance against a wave of rejection, of beauty behind the pain, of unity in the face of stratification. For Africa in Focus, Esther Musembi narrates the power of a mother’s love for her ‘unconventional’ child.

I had named her Siwa. Like the lake I grew up around, tranquil most times, and unpredictable. It was inevitable that I should leave her just as quickly as I had met her. I drag my feet up the steep path encumbered by two bags full of baby things. It’s been a week, and all the baby apps are screaming at me to take a break. At this point, the only active thing should be my nipple while feeding the baby, but this has to be done tonight. Boni was very clear with his instructions and what would happen if I did not follow them. I am aided by the moon as it shines a clear path towards a kind of hidden bungalow. The lights are on low, and shapes move about silently. Siwa is breathing softly, blissfully unaware of the chain of events her presence has caused. I am finally standing at the front door, and I knock twice as instructed. A woman in a blue and white habit opens the door and immediately helps me with the bags.

In hindsight, I knew I should never have married the first man who enjoyed a blowjob from me – the first man who seemed to suffer a mini heart attack when my tongue, aided by a small piercing, played with the tip of his penis. His eyes played around in their sockets, undecided as to which way to go, and then focused on me – a little bit in shock, gratitude, and pure carnal bliss. I felt powerful. I wanted to elicit this reaction forever. So, when he asked me to be his second wife and give him a son, I said yes. I said yes to Kizito, the richest man in our village.

The labour pains came as they were supposed to. Kizito did not trust hospitals. The huge, hard bulge on his forearm was a testament to that. A quack played needle on him, and his faith had been shaken ever since. A midwife was called and a kiddie pool prepared at the centre of the huge living room. It was going to be a home birth. My friends from campus would be so jealous. Way to stick it up to them. Kizito left for the local bar after instructing the midwife to call him once Kitonga came into the world. Our son already had a name.

“It’s a…here is your baby”, she stuttered, then handed the baby to me. My whole body felt like a thousand needles were playing hide and seek. But my work here was done. Kizito would get the respect he craved for, a son to call him father. And then I saw it. The child mewling in my arms covered in goo was not exactly Kizito. Or Naliaka, after my mother if I had had a girl. The midwife stepped away when Kizito burst into the room. For a man huge in height and girth, he moved quickly.

I gave him the baby, and watching his face was like watching a magic trick play out. Pride became confusion, then full-blown panic.

“His face is mine, but his parts are not. I… I don’t understand. Monica, we can’t raise this baby. It’s cursed.”

The room was quiet except for the baby sucking on its thumb. For the first time, I noticed the hideous centrepiece on the table that was supposed to brighten the room. That was the one thing Mama Abby, Kizito’s first wife, made sure I did not “contaminate with my degree”, as she put it. Her house would remain hers.

“You need to feed the baby”, said the midwife as she handed me my child. Kizito was busy making calls and pacing with an energy that was making my head swim.

“Yes…please tell him it’s urgent. No, no… she’s okay. Ceremony? There will be no ceremony. Just tell him we need to break the sweet potato… fine, we’ll be waiting.”For all my education, people born with both genitalia did not really exist.

Where I came from, it was believed babies like those were a product of incest. And so, a punishment to those who indulged.

Kizito was not going to let this baby live. Not when he’d already summoned Boni, the chief elder.

“The doctor is on his way with the birth notification.” Since giving birth, the midwife had been whispering. It was as though she dared not speak too loud, lest people know our ‘secret’.

“What?! Tell him not to come”, Kizito demanded, his whole frame shaking, with spit flying in every direction.

“Tell me, what will he write on that document? What, eh?!”

Somehow, I had dissociated from this whole scene. It was like watching a movie. It was just me and the baby, who was now suckling slowly and steadily, and these were just two random strangers having an argument. For all my education, people born with both genitalia did not really exist. Where I came from, it was believed babies like those were a product of incest. And so, a punishment to those who indulged.

“…you should have killed it the moment you saw it was not normal.” Kizito’s voice suddenly broke into my consciousness. The midwife was crying and packing her bags. She looked at me and apologised with her eyes. I was going to bear the brunt of it all on my own. Kizito threw her a wad of notes which she stepped on as she walked out of the room.

“Nini mbaya na wewe? What is wrong with you anyway? Stop feeding that baby, you know there’s no need. Boni is coming to take care of it. Be gone by then.”

There were no ululations, no women singing my praise for being a co-creator with God and certainly no one to clean up the mess I was right in the middle of. But elders were now trickling in. How they could arrive so fast was a mystery. The baby stirred and reached for my nipple again just as Boni peeked into the room. In normal circumstances, this would be considered taboo. An elderly man seeing a woman who had just given birth. I was dirty in the literal sense. I clutched the baby tighter to my chest.

“Here is what you’ll do Monica…”, Boni started.