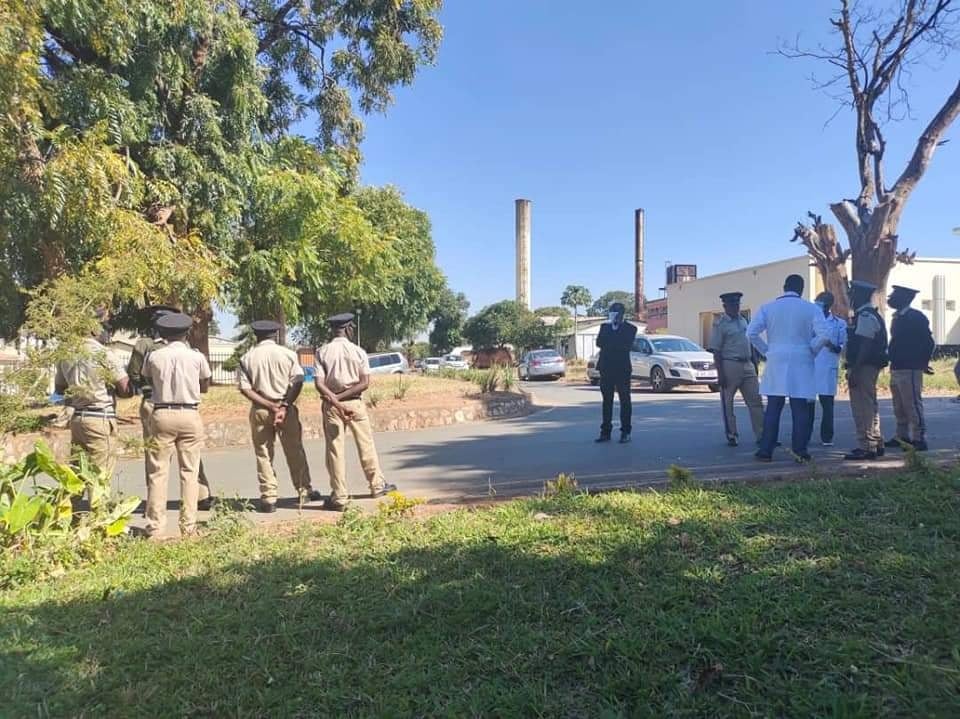 According to the World Health Organisation, Zambia has a doctor to patient ratio of 1:12,000, Zambia falls behind the recommended ratio of 1:1,000. One would think that the doctors already in employment would be treated with respect or that the government would be eager to employ more doctors. But we learned that this was not the case in May 2021.

On 31st May 2021, Inspector General of the Zambian Police, Kakoma Kanganja issued a warning against Resident Doctors Association of Zambia President, Dr Brian Sampa that he would be arrested should he continue disregarding his three-month suspension pending investigations on his conduct as a medical doctor. The warning was issued within twenty-four hours of Dr Sampa posting a video on social media. In the video, Dr Sampa implored the Zambian government to release his colleagues and fellow members of the doctor’s association whom he alleged had been intimidated and arrested by the Zambian police for demanding better wages and employment of more doctors. One of those arrested and detained was Dr. Mukula Chikonde, the Secretary-General of RDAZ. Dr. Chikonde was arrested in the Copperbelt Province of Zambia and held for hours and was only released when the Zambian public held an online solidarity protest.

The arrests began when doctors around the country went on a go-slow in place of a strike. The Patriotic Front, Zambia’s ruling party called for the firing of all resident doctors who were participating in the go-slow. PF Media Director Antonio Mwanza accused the doctors involved in the go-slow of working with an opposition political party to bring down the government.

The doctors taking part in the go-slow stated that some of their demands date back to 2010 and still have not been met. Their demands were shown during a protest held outside the University Teaching Hospital, Zambia’s largest public hospital in Lusaka. RDAZ listed their demands in the following order:

Zambia has around 5000 doctors for a population of 18 million people. Doctors have frequently called on the government to employ more doctors to stop the long hours that most doctors are forced to work. Dr Sampa said that the long hours that doctors work has led to burnout among his peers.

The Resident Doctors Association of Zambia’s view and demand for more doctors to be employed is backed by several researchers who link low doctor to patient ratios to medical errors, doctor suicides and depression. This is evidenced in a paper written by two Irish researchers, Fiona Flinn and Claire Armstrong. The paper entitled Junior Doctors’ extended work hours and the effects on their performance: The Irish Case, was published on 20th January 2011. The study was conducted in 6 hospitals in Ireland in 2008.

In the opening, the paper reads: “Worldwide, the hours worked by doctors are causing grave concern. Specifically, in hospitals, these long hours are often worked in a demanding, stressful environment in which there is a necessity to make critical decisions within a limited time frame. In such an environment, it is unsurprising that mistakes occur. Indeed, medical errors are by no means rare; for instance, it is estimated that 44,000–98,000 patients die in US hospitals each year as a result of medical errors, numbers far in excess of deaths due to motor vehicle accidents, breast cancer and AIDS.” In closing, Flinn and Armstrong said, “There are significant negative changes in doctors’ cognitive functioning and clinical decision-making performance that appear to be attributable to long working hours. This therefore raises the important question of whether working long hours decreases healthcare quality and compromises patient safety.”

Currently Zambia has over 500 medical doctors who have not been employed by the government. This number came as a surprise to citizens of a country said to have a doctor shortage. This demand came first on the list of demands during the go-slow, not their unpaid salaries. This showed how understaffed Zambian hospitals are.

Zambia is no stranger to doctors asking for a better work environment. In 1999, under the presidency of Fredrick Chiluba and Health Minister Nkandu Luo, Zambia saw the biggest health care strike. The doctors were demanding better pay and better working conditions. When the then government issued threats and warnings against the doctors, the strike still went on. Finally, on 20th June 2000, the government fired all junior doctors who were on strike. The decision was made to deter future protests. After the firing, most of the doctors left the country to look for jobs elsewhere. Botswana, Namibia, and the United Kingdom are believed to have taken in a large bulk of them.

The firing of Dr Sampa came as a warning to other doctors who had stood beside him to demand better treatment. The day after the letter was released, Dr Sampa was summoned to the Central Police Station in Lusaka

In a similar move, on 1st June 2021, the Permanent Secretary in the Ministry of Health issued a letter addressed to Dr Brian Sampa telling him he was, with immediate effect, fired from his post as a medical doctor. The firing of Dr Sampa came as a warning to other doctors who had stood beside him to demand better treatment. The day after the letter was released, Dr Sampa was summoned to the Central Police Station in Lusaka.

Doctors have now resumed their work in hospitals across the country because they fear the loss of lives due to the third wave of the COVID-19 pandemic the country is in. Their demands are still unmet. This current Zambian government is using the same tactics that previous governments have used to put a lid on valid protests of essential workers. Zambia cannot afford brain drain during a pandemic that has claimed the lives of millions worldwide but if doctors and other health personnel continue getting silenced and ignored, they will leave.