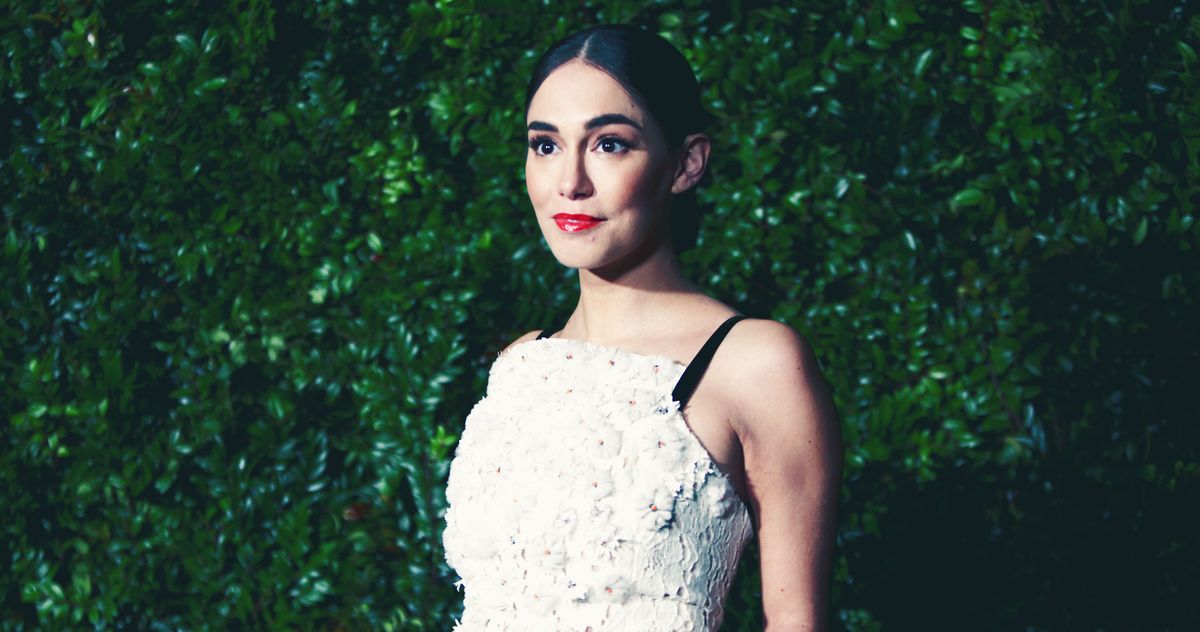 Why do Toxic Cultures Thrive in ‘Feminist’ Companies? The Wing: A Case Study

Audrey Gelman, co-founder of upmarket women-only members’ club and co-working space The Wing, resigned in June following accusations of systemic mistreatment of her company’s Black and brown employees. The Wing has won over 100m in funding and has been marketed as an intersectional feminist haven where all women are welcome (provided they fulfill the application criteria and can afford the annual fees). It was styled as a feminist utopia, set up as an antidote to the misogyny of old boys’ networks — but now The Wing is reeling from allegations of racism, exclusivity and abuses of power

The membership of The Wing reads like a Who’s Who of the world’s most influential women — Alexa Chung, Kerry Washington and Gloria Steinem have all endorsed the female-only club. 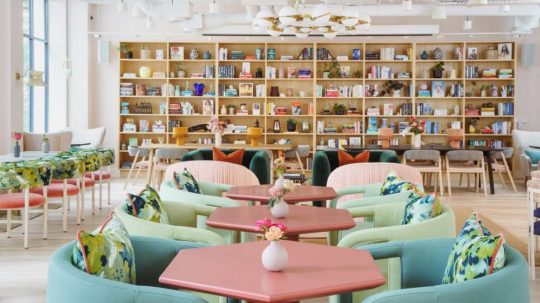 When its London branch opened in Fitzrovia last September, it felt like the start of a new movement. It was the first Wing outside of America, where there are 11 clubs, and the event was marked with “an evening celebrating the power of women” at the ICA. Founder Audrey Gelman, Lena Dunham’s best friend who used to work for Hillary Clinton, flew in from New York while heavily pregnant and delivered a speech to a room of women about why she set up the club in the wake of Trump’s 2016 election as an antidote to the president’s politics and old boys’ networks. Gelman wanted the co-working space to be a “utopia” for “women of all definitions”, with a library just for women’s books and regular talks from female role-models. In the US, speakers included Jennifer Lopez and Alexandria Ocasio-Cortez.

The London clubhouse is based in a five-storey Edwardian townhouse, decked out in Oliver Bonas-style pastels with millennial pink walls, a checkerboard roof terrace, Peloton bikes and portraits of feminist pin-ups Phoebe Waller-Bridge, Amal Clooney and Michelle Obama on the walls. The annual membership fee is £1,836 (triple that of women’s club AllBright in nearby Bloomsbury and more than Soho House), but there are scholarships for those who struggle to afford the fee. 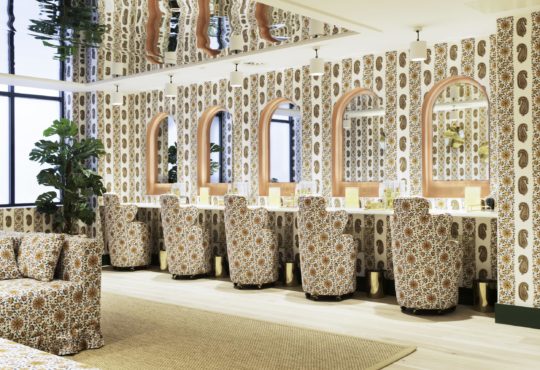 Gelman assembled a crack team to make the London branch a hub. General manager Lucy Harrison was thrilled to be called up. “I was besotted by the idea of The Wing, it was full of feminist energy,” she says. She has worked in hospitality for 15 years and got the job after a 12-stage interview process.

Less than a year later, The Wing is under scrutiny and women in London and the US are cancelling their memberships. There have been claims of misgendering and racism at the club, focusing on a donation that The Wing made to Black Lives Matter that contradicted the way staff felt they had been treated. As these allegations swirled, last month, Gelman resigned, saying it was “the right thing for the business” and “the best way to bring The Wing along into a long overdue era of change”. So what has happened at what was supposed to be a feminist utopia?

An Instagram account called Flew the Coup is a window into what some former members of the club and ex-staff feel went wrong. One post on the US operation reads: “Our general manager would constantly ask for massages from our Spanish-speaking staff, most of whom spoke very little English. I went to the staff room and found our GM on the floor with her sweatshirt lifted up, no bra, with a Latina worker giving her a massage.” There are also posts about the subsidised memberships. One says: “I was talked down to by rich white members. One member told another scholarship recipient and myself that we didn’t deserve to be there … she said: ‘I paid for you to be here.’” Another post raises “faux-wokeness”, where staff felt unable to raise issues of gender and race.

Among Flew the Coup’s calls to action is a petition calling for The Wing to match its $200,000 donation made to Black Lives Matter and give it to workers laid off due to Covid, many of whom felt they had been victims of racism. And US staffers’ claims have sent ripples across the Atlantic. In London, six managers and 30 staff on hourly rates say they have been made redundant and there is uncertainty over when the club will reopen. Since then, many have spoken out about their mistreatment on a mass Slack channel created to replace The Wing app’s chat function, which has been paused. Claims include staff feeling “bullied”, non-English-speaking employees being spoken down to and workers being “berated” in public.

Gina Martin, who campaigned to make upskirting illegal, was invited to be a founder member of the club but has since asked to have her membership terminated. She never witnessed any mistreatment, but acknowledges it was “an exclusive space used primarily by women with money, privilege and a certain level of power”, so has “every reason to believe those who came forward”. She adds:

“For me, this is a classic example of what happens when you mix feminism (and a type which only benefits white women) and capitalism. It doesn’t mix. I didn’t want to be part of that anymore.”

Martin says she’s not comfortable with a club “claiming to be liberating and championing women if it’s not all women and marginalised people. You can’t just cater to the top echelons and say you’re changing the world.” 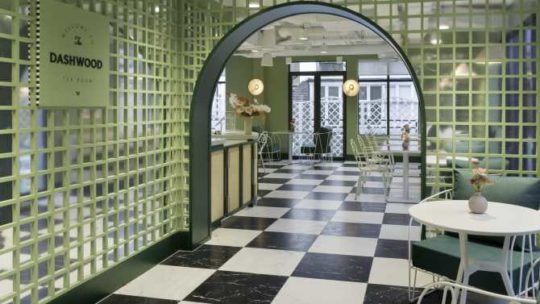 The Wing denies all claims against it and a representative says: “No one has ever been fired for raising issues of race or pay — doing so would be illegal and it has never happened. We have made several public statements about the impact that Covid has had on our business and the resulting layoffs while the company has had no incoming revenue.” It says it is addressing issues as a company “because it is necessary and overdue”. For each of its London employees, The Wing has pre-paid 48 sessions of mental healthcare through Talkspace, an online therapy provider, and every person who has worked there can withdraw a $500 grant if they did not receive one during the earlier round.

“We need to reinvent the business in a way that reconciles the real tension between intersectional feminism and capitalism, and reimagine what The Wing looks like in a post-Covid future,” a spokeswoman for the company said in a detailed email. “We fundamentally believe in The Wing’s mission even if we haven’t yet achieved it. We believe we can be a force for anti-racism. We are grateful for the role our team and our members have played in pushing us in that direction.”

The email explains that The Wing has a culture code, aimed at creating an inclusive space and dialogue, and the company is “elevating” leadership from within to create a newly formed office of the CEO, composed of co-founder Lauren Kassan, Celestine Maddy, and Ashley Peterson. “The Wing will go on, but we need to tear down the foundations, evolve, and rebuild the way forward … We are committed to doing this work in order to rebuild The Wing as something that serves not one kind of us, but all of us.”

When The Wing launched in 2016, Gelman’s mission was clear. “We really feel the most powerful way to advance women is to gather them together,” she said, telling the story of how she had the idea when she was working in public relations and needed a place to charge her phone between meetings. At the opening of The Wing’s flagship in New York, she and Kassan hosted a sleepover with pillow fights and a complimentary beauty bar. The application form for The Wing asks prospective members — who call each other “Wing women” or “Winglets” — to describe how they have “promoted or supported the advancement of women”, then to answer what they think is the “biggest challenge facing women today”. The organisation quickly gained a paid-up community of 12,000 across seven international outposts thanks to investors including WeWork and AirBnb, and its members duly became the standard-bearers for millennial feminism. There were plans to open a second London outpost, two more in New York and one in Paris. 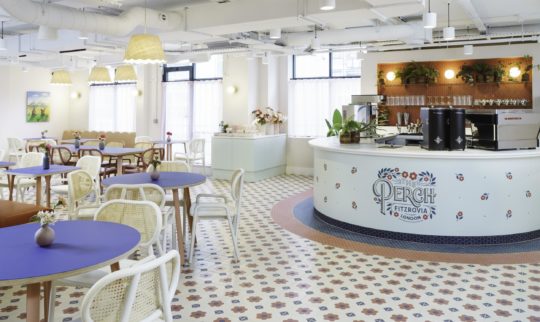 “I think they had the best intentions,” says Harrison, who met Gelman and Kassan on Zoom when she was being interviewed. “And the media often rushes to blame female founders, but they tried to do too much, too fast. The problem wasn’t with them. You need depth and support structures for staff under appearances and The Wing didn’t have that, so when problems arose there was no way of dealing with them.”

One former London staffer, who wishes to remain anonymous, says that tensions emerged with management early on. “I was completely unsupported and had zero contact with line managers or bosses before opening,” she says. “I was bullied by my boss, despite never having had a warning in my career. The professionalism and procedures just were not there. It feels like I’ve been chewed up and spat out after working there. And there was a shroud of secrecy around the allegations that were coming out of the US.”

You could definitely sense that there was a hierarchy,” says another former member, a Croatian brand strategist, remembering how management staff “ignored” and spoke down to non-English-speaking cleaners. “It felt like you had these tier-A women trying to make the world a different place, and then you still had your staff who are people like my auntie, Croatian, cleaning your toilets. Those two worlds don’t match fully.”

Founding member Yassmin Abdel-Magied, a social justice advocate, says the US allegations were “unsurprising to anyone who paid attention to the class and racial dynamics at the club”, while an American member of the London club says The Wing’s “predominantly white management managing people of colour” made her feel uncomfortable. The club’s management was restructured six months ago, with five white women put in charge.The American member says: “In the States it’s really common to have a white front-of-house and a back-of-house that’s people of colour, mostly Hispanic, and it’s absolutely unacceptable. One of the reasons I like living [in London] is that you rarely see that, but at The Wing it felt like I was going back home in a bad way.” She recalls staff being “berated” in public. 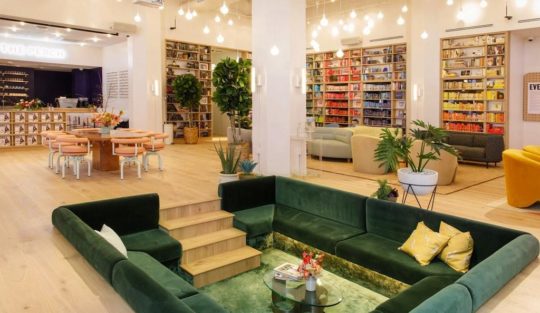 It’s sad, the Croatian member adds, because The Wing was ultimately a great idea. “Women need spaces where they can meet and build connections and grow. The problem is this was built on a completely f***ed up premise of profit and hierarchy and classism. The feminist branding that it tapped into, that all of us are equal, you can’t fulfil that if you don’t live that. In the end they hurt a lot of people.”

She’ll be surprised if the club doesn’t close. Covid-aside, “there’s too much damage.” None of the London members she’s spoken to have had emails since the doors closed in March. “Everything was just about the US. I think that’s extremely f***ed up, especially if you’re building a brand based on membership and this plug of ‘we’re in it together’. At the end of the day it was a tier one, white American experience that they tried to cash in on. I took the bite, but I’m out of it.”

Though staff and members hope that The Wing’s overriding mission continues. “Audrey Gelman is not excused but what she was trying to do was still admirable,” says one. “The execution failed. I hope they find a way to make it up to the staff they have wronged.”

Juneteenth marks the day when, two years after the Emancipation Proclamation, slaves were told of their freedom

Alexandra Wilson said: “I felt humiliated and by the end I was almost in tears”