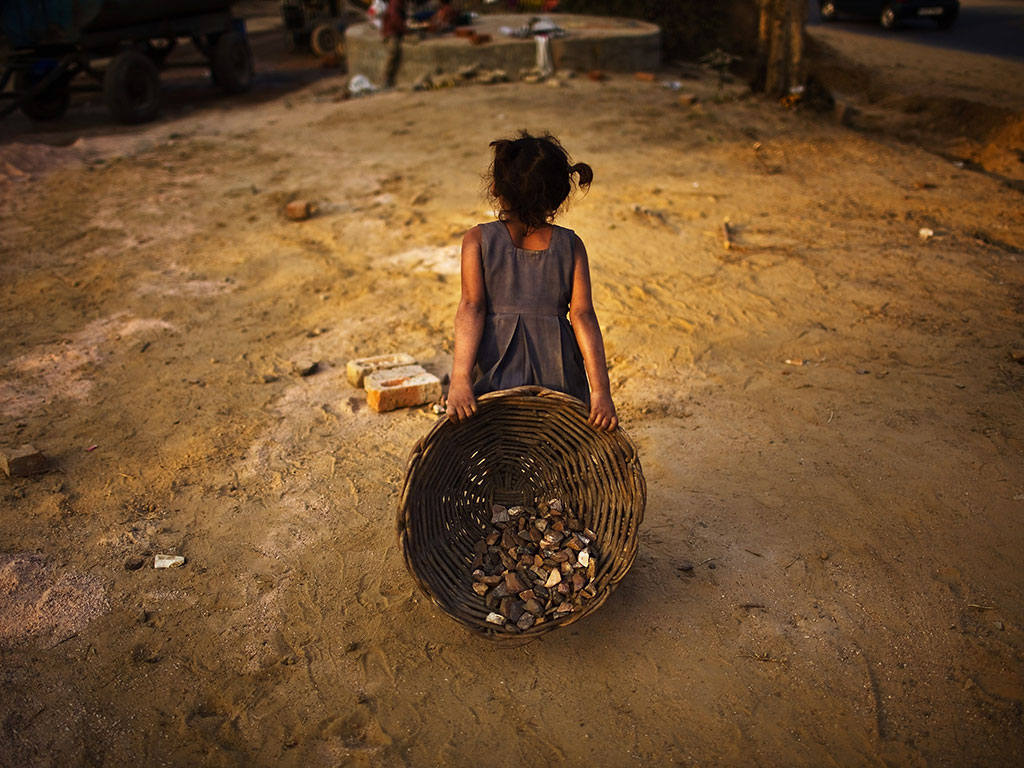 A Bitter Sweetness to Swallow: The Invisible Hands of Child Labour

A Bitter Sweetness to Swallow: The Invisible Hands of Child Labour

As far as clichés go, after diamonds, chocolate ranks high on the list of commodities hailed as “a girl’s best friend.” And for many chocolate lovers, a piece of dark chocolate may accompany a glass of wine at the end of a long day, an immersive good read on a lazy Sunday, or a languid soak in a bubble bath. Unfortunately, the sweetness surrounding chocolate is not always savoured with some thought of the invisible hands that helped create it.

In 2019, the Washington Post released a report detailing how much of the chocolate prized in our hands was still made from cocoa that was largely harvested by children. Nearly 20 years after taking a pledge to stop using cocoa sourced through child labour, companies such as Mars, Nestlé and Hershey could not guarantee that all their cocoa was ethically sourced. The report instead highlighted that of all the cocoa sourced through their supply chains, 50% of Mars, 80% of Hershey, and 46% of Nestlé’s products were made from cocoa that was certified. Godiva would not disclose, while Mondelez International (manufacturers of Cadbury and Toblerone) could not report how much of their cocoa supply was certified; they deemed this “not applicable,” as 45% of their cocoa is sourced through the Cocoa Life programme.

The chocolate industry may be one of the more visible industries that are culpable of child labour. However, 71% of child labour is concentrated within the agricultural sector. This includes fishing, forestry, livestock farming and aquaculture. The services industry holds 17% while the industrial sector, including mining, holds 12% of child labour.

Many of us have grown up engaging in some form of labour. This may have included contributing to our family households through chores, assisting parents and/or relatives in a family business, or doing menial tasks to earn pocket money after school hours or during school holidays. A key characteristic of this type of labour though, is that it does not bear a negative impact on physical or mental health, personal development or education. More importantly, it is widely considered to be a positive contribution to a child’s development, which provides valuable life experience and skills required to be a productive member of society.

Child labour on the other hand, is work that is detrimental to physical and mental health, social, emotional and wellbeing, and/or impedes attaining a quality education. It may require children to assume the dual responsibility of work and schooling, deprive them of schooling entirely, and in its worst forms; separate children from their families, expose them to illnesses and volatile hazards, leave them unprotected and fending for themselves, and at times even enslaved and forcibly used in illicit activities and conflict.

Whether or not any work is classified as child labour is determined by a child’s age, work conditions, the types and hours of work being performed, and the particular objectives of individual countries. This highlights the need to explore minimum legal ages for various types of work, and national adherence to international standards of labour.

Sorting of cocoa beans according to their size and appearance is done in the workshops of Makaya Chocolate on December 23 2020, in Petionville, Haiti. Photo credit: Valerie Baeriswyl/AFP via Getty Images. AFP VIA GETTY IMAGES

Launched by the International Labour Organization (ILO) in 2002, World Day Against Child Labour draws governments, organisations, and civil societies from around the world to hone in on the plight of child labourers. With a primary focus on the global prevalence of child labour, June 12th is marked annually to highlight the action and efforts that are needed to eliminate it. In 2019, the UN General Assembly unanimously proclaimed 2021 as the International Year for the Elimination of Child Labour. This initiative urges governments to take immediate and effective action to eliminate forced labour, modern slavery, recruitment and use of child soldiers, and to end child labour in all its forms by 2025.

In West African countries such as Ghana and Côte d’Ivoire where child labour in cocoa farming remains a massive challenge, it is imperative to harness the role of empowering Women within broader conversations about eliminating child labour. Gender inequality and social norms often stipulate that men dominate agricultural efforts while Women are far less likely to receive support from government, ministries and organisations. Nevertheless, even with limited economic resources, access to healthcare and education, Women reportedly invest 90% of their income back into their households, whereas men invest 35%, if at all. Further, studies have shown that empowering Women through decision-making processes is likely to have a significant impact on the reduction of child labour. As did Stella Anokye from Wamase, Ghana, who after assuming a leadership position, mobilised her community around her five-acre cocoa farm and led a savings group that has seen former child labourers enrolled in school.

This should ultimately be the call to action. It is not enough to simply urge governments to “end child labour in all its forms.”  Rather, those very governments and organisations should be addressing the social contexts in which child labour occurs, and have dedicated efforts towards protecting, empowering, and harnessing the labour of the adults who are – with decision making power and resources – geared to protecting children, across all sectors. We all have a responsibility to know where the goods we consume come from. We may not individually have “corporate” power, but even a bite of chocolate is worth considering for the child who may have sourced it.

Written By: Tšhegofatšo Ndabane – a South African based health and wellness writer. Her primary interests include mental health, indigenous food & nutrition, and social justice. You can connect with her on Instagram.