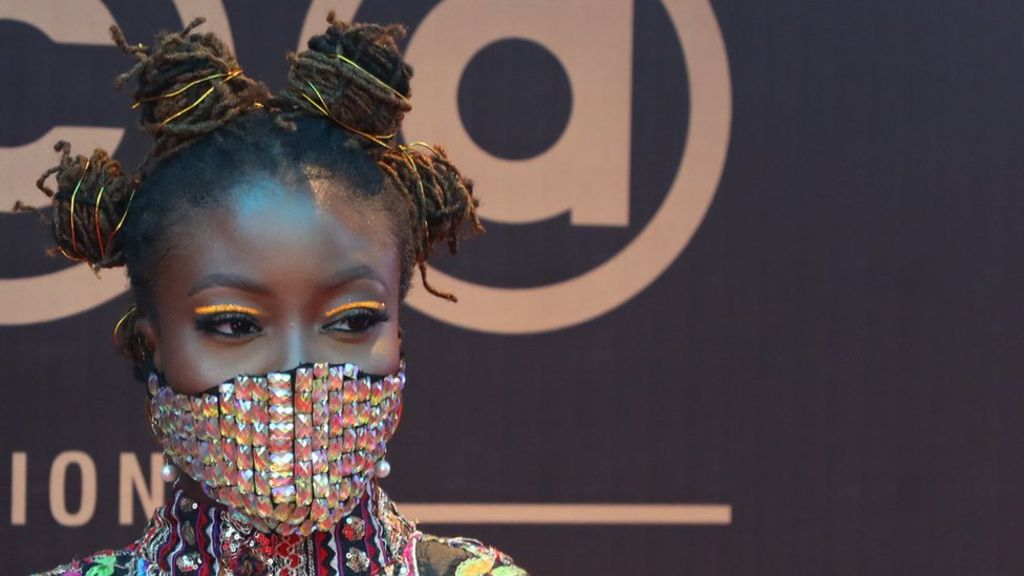 Worldwide lockdowns and social distancing restrictions have been a major hit to the fashion industry. Sales have plummeted due to less footfall and economic strains placed on consumers, as a result of job losses, with e-commerce sales in Europe dropping by 54% for the week ending 21st June. Significantly weaker supply chains, lack of international partners and substandard infrastructure in Sub-Saharan Africa mean that these markets have been particularly affected.

The Communications Manager for the brand Couleur Concept, based in Ivory Coast, has confirmed a decrease in trade due to the pandemic. They cite a lack of digital development, i.e., websites and e-commerce, as a core reason for the greater impact in the region. “These are not necessarily brands that sell internationally and have considerable budgets. So for them, it’s complicated to have to shut down for more than a month. There are craftsmen, designers and even families behind these brands,” she said in an Instagram post.

In response to bans on public gatherings and in-person meetings, digital forms of creative expression and communication have been embraced. African designers have set the pace by launching revolutionary virtual fashion shows, which have worked to highlight the level of innovation present within the continent. In an interview with Vogue, Baboa Mneson, the founder of Ghana’s BalmLab, states, “I’ve started to see a rise in designers wanting to incorporate 3D technology into their process. It’s mainly a result of the pandemic. It is exciting to see how significant it’s going to be.”

The most notable example of this infusion of tech and fashion which springs to mind is Anifa Mvuemba, the Congolese-American designer behind ‘Hanifa’. I was one of the tens of thousands of the label’s now 300k+ Instagram followers who tuned into their virtual catwalk on 22nd May, which showcased the new ‘Pink Label Congo’ collection. I was thrilled to see a black woman’s ingenuity take centre stage on such a global platform, especially as a fan of her designs. Although Mvuemba was not the first designer to launch a purely 3D show or campaign, her execution remained remarkable. Along with the Central African rising star, other African brands such as Senegal’s Allëdjo Studios, South Africa’s David Tlale and Ghana’s Christie Brown, have also taken to social media to digitally experiment. Kassim Lassissi, the Beninese founder of the brand Allëdjo Studio, for example, employed a live DJ to host its launch on Instagram.

Instagram has evidently emerged as the go-to destination for this new format of consuming and experiencing fashion, with the designer of the eponymously named label, David Tlale, also taking to the app to debut his ‘Classica Icons’ collection.

According to the Tlale, his April show for the Autumn and Winter 2020/ 2021 season “serves as a call-to-action for the local Clothing and Textile Industry and the fashion community at large to help amplify and bring awareness to business sustainability in South Africa, and encourage adherence to the set ‘National Lockdown’ regulations. This prompts new ways of presenting craftsmanship and creativity of David Tlale’s signature trailblazing approach to fashion, promising to inspire “Africa and Global Trends” in this coming Season.”

The materialisation of these aims is apparent when you look at some of the looks that went down his runway, which consisted of traditional South African prints, as well as tailored gloves and masks. The formerly mentioned details spotlight the homegrown style of the designer’s culture, platforming traditional fashion in the modern arena of the internet. The appendages of masks, allegedly made out of ostrich feathers, and gloves further juxtapose the ancestral designs against the contemporary setting of a global pandemic.

Unsurprisingly, masks, in particular, have morphed into a fashion statement of their own, becoming the style symbol of our turbulent times. Mary Ann KaiKai, who runs the Sierra Leonean label Madam Wokie, for instance, used Ankara print to fashion and distribute 72,000 masks across Freetown, with the help of 100 out-of-work tailors from the region. This enterprise came after KaiKai witnessed thousands of local women in the overcrowded markets not wearing masks. “Our question was, how do you make something that addresses this need but also is something where people will say, ‘This is colourful, this is vibrant, and I want to keep wearing this because it’s beautiful,'” says the luxury fashion designer. Her venture also arose out of the context of a very ‘weak’ healthcare system in Sierra Leone, with KaiKai realising that masks were as much of a fashion statement as they were a necessity. Indeed, in some African countries, like Ghana, it is even a criminal offence not to wear a face mask in public. Considering these circumstances, it is evident how creatives and manufacturers alike, in the continent, have been able to capitalise off this situation.

Other players in the industry have taken their response to coronavirus to more abstract levels, such as the Ghanaian fabric company, Ghana Textiles Printing (GTP), who brought out a new line of designs inspired by the COVID-19 pandemic. “[We] put a positive twist on a negative phenomenon” Stephen Badu, from Ghana Textiles Printing (GTP), told BBC Focus on Africa radio. The new fabrics have symbols like padlocks, keys and planes to reflect some of the measures implemented to curb the spread of coronavirus. Along with the outlawing of public gatherings and criminalisation of venturing out unmasked, borders were closed, planes were grounded, and curfews were enforced across Africa, as part of an intense defence strategy against the deadly virus.

The creative reactions to COVID-19 from African visionaries evidence a semblance of joy-inducing ingenuity in an, otherwise, melancholy and highly restrictive climate. The tech and fashion worlds present an intriguing crossover, which is set to have a long-lasting impact on styling innovations for years to come. Likewise, the conflation of traditionalism and modernity in contemporary apparel, harking back to the Ankara print masks and COVID-19 inspired prints, further demonstrates the depth of talent brimming within the continent. These are certainly exciting moments to see.

Written by: Hannah is an award-winning writer who is passionate about discussions centring black women and the nuances within this identity. Connect with her on Instagram and on her blog.