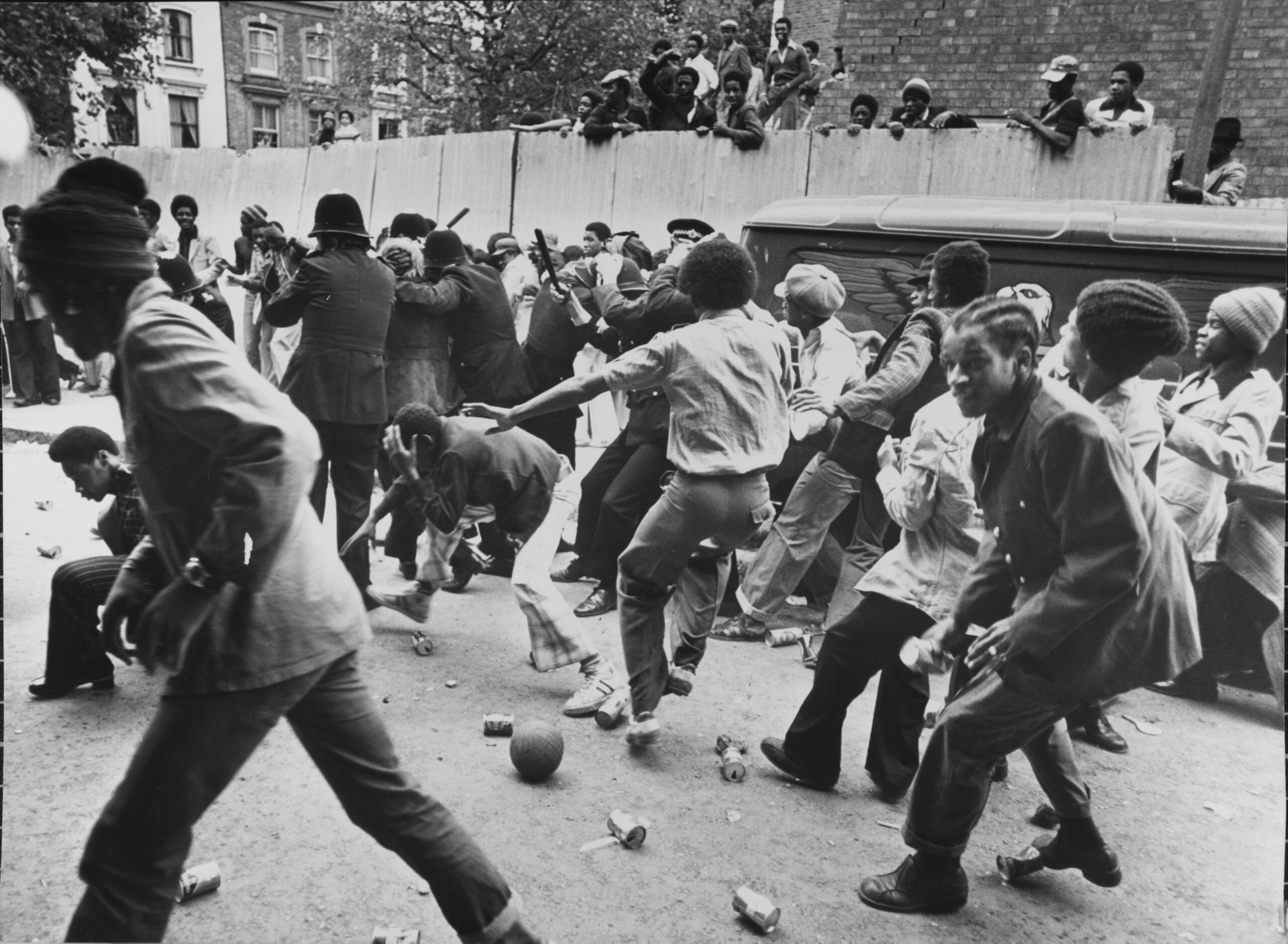 Now in its 14th year, our African Odysseys programme strand often champions polemical films which challenge the status quo. Utilising the expertise of community activists, our programme has long dealt with the subject of police brutality and institutional racism.

The reaction to the murder of George Floyd has catapulted these issues back into the mainstream agenda. However, the UK is not ‘innocent’ and independently produced civil-rights films from Ceddo and Migrant Media (featured in this season) were banned. Such titles were selected for the 2018 African Odysseys’ Black and Banned season. Director Ken Fero’s seminal films (of Migrant Media) along with panel discussions were featured in the African Odysseys strand in 2014. For these reasons we revisit the Black struggle for human and civil rights and link it with the international fight against racial injustice.

Personal testimony, poetry and political analysis challenge the independence of the IPCC.

Sean Rigg died in a caged area in Brixton Police Station in August 2008 and the Independent Police Complaint Commission (IPCC) were called in to investigate. Using powerful testimonies, poetry and a political analysis of police violence, this documentary film explores the tactics of the IPCC and, through the family of Sean Rigg, challenge its claim that it is independent.

From the 1958 Notting Hill riots and the murder of Kelso Cochrane through to the murder of Rolan Adams in Greenwich in 1991, Black communities have fought in the streets and in the courts for the basic human right to live without fear of racial attacks. Interweaving a wealth of archive material with personal testimony, this documentary retraces this history of struggle and expresses the need to challenge the current political system through the lessons learnt from the long history of Black struggles in Britain.

A documentary from the director of Babylon, this rarely seen film details a crucial chapter in the struggle for Black British Civil Rights.

Black Panthers and community leaders like Althea Jones Lecointe, Darcus Howe, Barbara Beese and Frank Chrichlow took on a racist state which repeatedly raided the Mangrove restaurant in Notting Hill. The Mangrove was visited by notables such as Muhammad Ali and Marvin Gaye and was identified as a site of Black Power activism. The banned documentary about the Broadwater Farm uprising in Tottenham. Stunning independent community documentary about the Broadwater Farm uprising in Tottenham. The Independent Broadcasting Authority (IBA) objected to the description of the police as racist, lawless terrorists and to the description of the uprising as a legitimate act of self-defence. They demanded editorial changes and, when the filmmakers refused, the programme was pulled from the schedules; the intention was that it was never to be shown on British television.

Pioneering film charting the struggles of the families of those who have died in police custody.

A special screening (with follow-up online discussion) of this pioneering investigative campaign film, which charts the struggle for justice by families of those who have died in police custody. The film, which the Police Federation attempted to ban upon its release, won Best Documentary at the BFM International Film Festival in 2002, and was originally distributed by the BFI.

BAFTA-nominated film following the killing of Mark Duggan and the riots that it spawned.

On 4 August 2011, Mark Duggan was shot dead by armed police. A few days later, riots erupted in Duggan’s home town of Tottenham, spreading out across London and into the regions. A year later, director George Amponsah and producer Dionne Walker joined forces and for three years, they immersed themselves in Mark Duggan’s world, creating a BAFTA- nominated, independent, observational and cinematic film.

Unless paired with other types of activism such as petitioning elected officials, social media advocacy seldom yields long-lasting reforms or policy change

As I was carried out of the hut and into the night, I bore witness to the tragedy that had befallen our small village. All of the homes were ablaze

This article shares the budding project for an all natural hair gel for thicker hair textures. Read to see how you can support this project to help it become a reality!