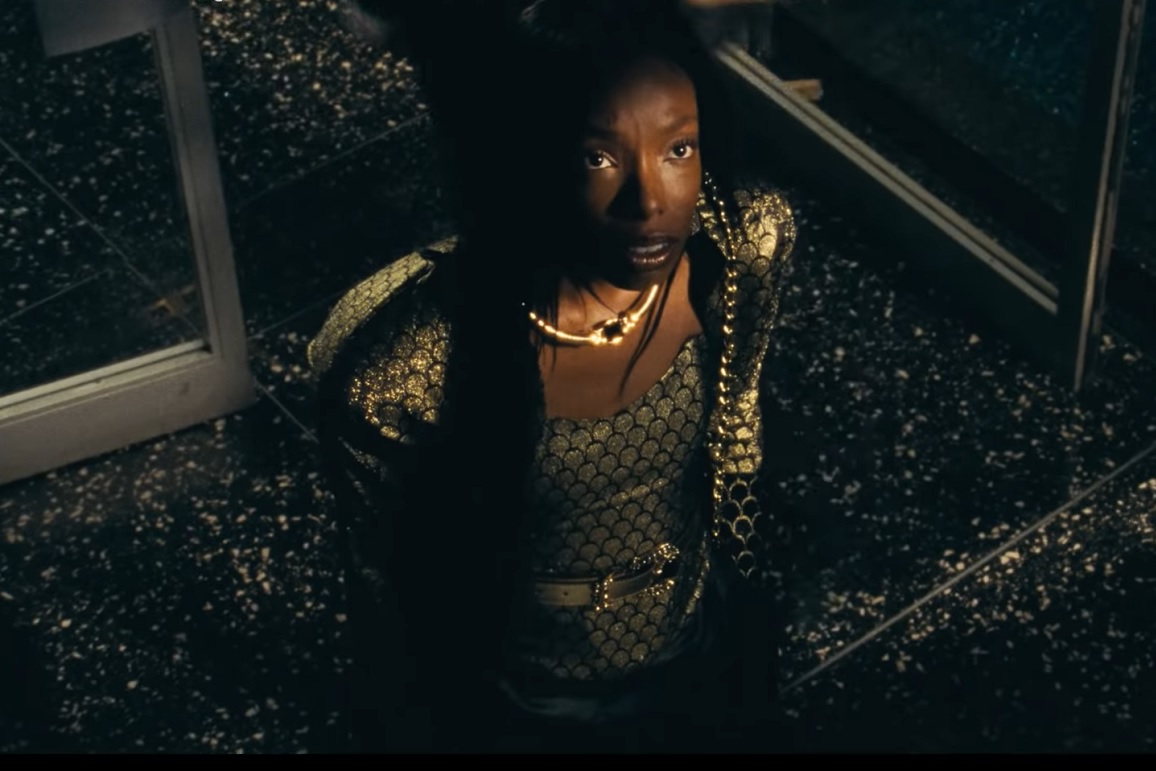 Bad Hair Review: A Funny Satire that Shows the Horrors of Trying to Fit in

Bad Hair Review: A Funny Satire that Shows the Horrors of Trying to Fit in

Bad Hair is written and directed by Justin Simien, creator of the Netflix-original Dear White People series.  It aired in the US in late October on Hulu, and is billed as a satirical horror set in the 1980s. According to Simien “Bad Hair is a very weird love letter to Black women and the unparalleled power they possess to endure and persevere”. The film stars Vanessa Williams, Kelly Rowland, Usher Raymond, and Lena Braithwaite.

Bad Hair follows the journey of a young ambitious woman, Anna (Elle Lorraine) who usually wears her natural hair to work but finds that it holds her back from progressing in her career. So, she gets a weave to succeed in the image-obsessed world of music television. However, her flourishing career may come at a great cost when she realises that her new hair may have a mind of its own, and a taste for blood!

The film’s main theme centres around the lack of progress in the workplace, the microaggressions and discrimination many Black Women face, especially in the 1980s, before the natural hair movement made a resurgence. Afro hair discrimination still exists today, which is why the CROWN ACT (Create a Respectful World for Natural hair) was passed into law in 2019 to ensure protection against discrimination based on race-based hairstyles by extending statutory protection to hair texture and protective styles in the workplace and public schools.

It’s no surprise that Anna wanted to feel seen so, changed the appearance of her hair to fit in with her white counterparts. Anna describes wearing her new weave as ‘‘It’s like Halloween. People look at you and they see somebody else and somehow you become more of yourself”.

One of the most relatable scenes is the opening one. Here, Anna as a child, gets her hair relaxed by her older cousin. This resulted in her having a permanent scar on her scalp. This scar is referenced throughout the film. It reminds us of the price Black Women often pay to assimilate to European beauty standards. As young Anna yells ‘ouch’ at the burning of the relaxer. Her older cousin simply replies ”that just means it’s working’‘. A phrase I, and I’m sure many of us have heard.

Justin Simien writes the film in a way that relates to Black culture. From the patting of the weave to the braiding of hair, Bad Hair speaks to many Black Women’s hair journey.

As relatable as the film is, you’re quickly reminded its fiction and that you’re there to enjoy it as such. African tales are weaved (pun absolutely intended) into the film through a story of the Hair Moss girl. This backstory is the reason why the weave has a mind of its own.

I’m not usually a fan of horror, but the comedy and relatability injected into the film, makes the more shocking scenes slightly more manageable. It does what it says on the tin – it’s a satirical horror.

The Bad Hair Movie is available to watch in the UK on Amazon Prime and will be available on DVD and Blu Ray from 12th July.