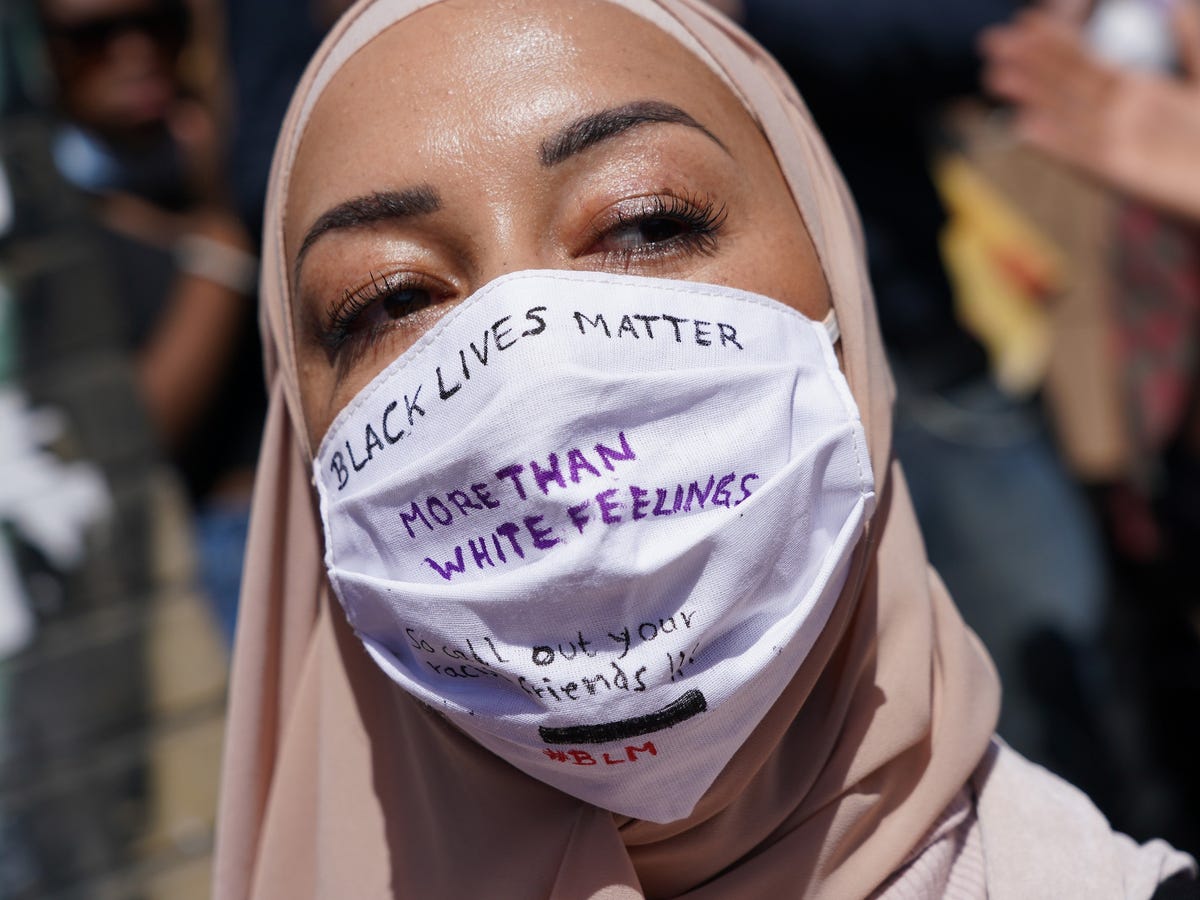 The recent surge in activism surrounding Black Lives Matter has exposed the failings of some universities when it comes down to acknowledging the colonial legacies that remain detrimental to their ethnic minority students, particularly those who are Black. In a similar vein, not only are educational institutions side-lining their students but so are governments.

As a Muslim woman that observes the hijab, it is pretty infuriating to see how institutions that claim to be free and full of liberty continuously deny us of our rights. Apparently, these entitlements are restricted to a certain few. Before I continue, it must be clarified that a hijab is not a ‘headscarf’; it is more than that.

Use the correct term ‘hijab’ when we speaking of Muslim women who cover. Saying ‘headscarf’ reduces its significance. As a Black Muslim woman, it is a slap in the face to see Belgium protesting against discrimination enacted against black people in America, while demonstrating similar forms of marginalisation in their own backyard.

On June 4th, the Constitutional Court of Belgium stated that the prohibition of wearing religious signs in an establishment of higher education does not constitute a violation of freedom of religion nor a violation of the right to human dignity, which includes the right to education. The case was brought to the Constitutional Court by a Brussels court, after Muslim students sued the Francisco Ferrer Brussels University College due to a ban on all religious symbols. The hijab is a visible manifestation of a Muslim woman, meaning that this policy actively targets Muslim women, even if the ruling is phrased as banning religious symbols. Muslim women are, therefore, forced to choose between their faith and their education. The most absurd thing is that without social media and the protests #HijabisFightBack or #HandsOffmyHijab’, we probably would not have been aware of these protests or the ruling that was passed a while ago!

There has been little to no international media coverage on this infringement of human rights, what happened to freedom of expression or freedom to practice your religion? As cute as the term ‘hijabi’ may be, I think it imposes an expectation on what a Muslim woman is supposed to be when in reality, I am a Muslim woman who wears the hijab, not a ‘hijabi’.

Countries such as France, Switzerland, and Belgium are too invested in policing Muslim women.

The burkini bans in France, for example, are constantly positioned as a way of liberating the ‘poor oppressed Muslim women’. Yet, in reality, the State’s surveillance on our way of dress is what truly feels suffocating. Additionally, enforced assimilation, under the guise of concern, paradoxically socially isolates many Muslim women. The hijab ban prevents us from accessing education, which has typically been a means of socio-economic mobility for many women, especially women of colour. The contradictory nature of this ban reveals that,

Islamophobia is really the driving force behind such policies, not a regard for our autonomy

The whole fiasco becomes even more ironic when one considers that a Muslim woman, Fatima al-Fihri, created the first degree-awarding university, the University of al-Qarawiyyin in Fez, Morocco.

Although some Belgian universities, such as Vrije Universiteit Brussel, have chosen to stand with their Muslim students, the very premise of this state-sanctioned discrimination remains devastating. The situation in Belgium is just a microcosm of how religion, ethnicity and gender intersect in society. In other regions of the world, institutionalised Islamophobia extends beyond cultural violence, into the territory of tangible brutality. For instance, in China, Uyghur women are being sterilised due to their religious identity, which informs their ethnicity and plays a role in how they navigate gender expectations

The protests by Muslim women in Belgium are not only against the hijab ban but also the constant discrimination we regularly face when politicians are calling us ‘bank robbers’ because of our choice to cover up.

When we speak on Black women’s issues, we cannot forget that we are not a monolith, nor do we all subscribe to the same religious beliefs. In fighting with Muslim women regarding the Belgian hijab ban, you are also fighting for Black Belgian Muslim women who not only face misogynoir but Islamophobia too.

We can support the Belgian Muslim women here, here and here.

Written By: Bashirat Oladele is a freelance writer who enjoys writing about pop culture, entertainment and politics. Her work has been featured in Teen Vogue, Stylist, Cosmopolitan and other publications.