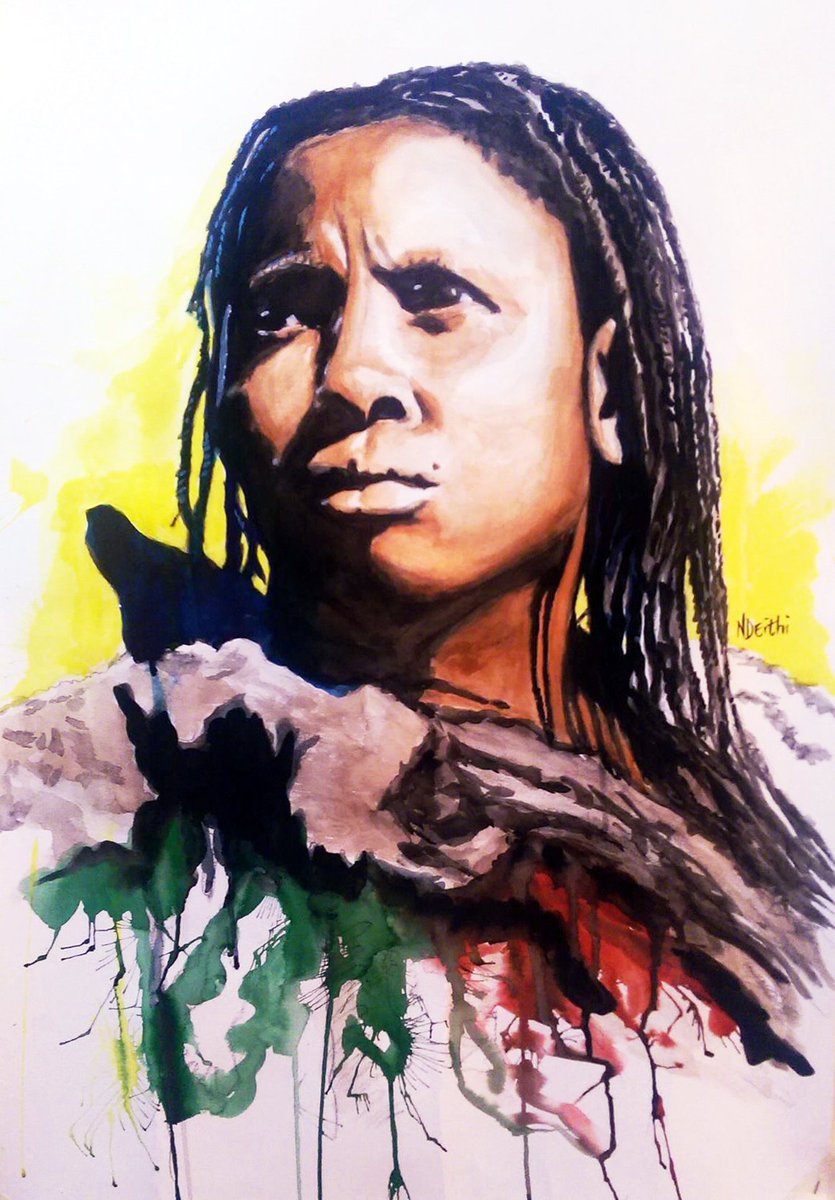 “It is women who made us win this war. The women did more than fight physically. A woman is very important in society but, sadly, her role is always overlooked. As a woman, your value is immeasurable.”

These are the words of the little known Muthoni wa Kirima. She was the only female Field Marshall to have served with the Mau Mau, a guerrilla movement which resisted British colonial rule in Kenya. Muthoni is not hurried when she speaks. Observing her nostalgic stares in interviews, one gets the sense of going back in time into a past only she can see. She speaks in Kikuyu, one of the major languages of Kenya, slowly weaving her story of greatness, pride, and disappointment into one epic narrative.

Muthoni speaks of Kenya as a mother would talk about a beloved child: “Kenya is my only child,” she says with a twinge of sadness and a ghost of a smile that is hidden by constant coughing into a flowery handkerchief. At the start of the liberation struggle she was just twenty years old, a young bride who was forced to go into the forest and give her best years to a country that still doesn’t fully recognise her.

She suffered injuries, deathly run-ins with the British and, to cement things, two horrendous miscarriages that left her unable to conceive. And so, she gave her only child, Kenya, her all.

I remember my first time seeing her portrait in the Kenya National Museum. A picture of a young Black woman, on a faded black and white background, stared back at me through the glass. She is looking at something far, far away, mouth set in a thin line and her dreadlocks trailing defiantly behind her. Next to her is a portrait of Dedan Kimathi, lying arms crossed like a man who was waiting for his last rites. The caption under his image explains that this was his final encounter with the British. He had been captured, and death was the only thing that awaited him – to be buried unceremoniously like most liberators at the time. But the look in his eyes is something else entirely. He almost seems to be saying, “I have fought the good fight, death is but a glorious sleep.” I wanted to know more. Who was this woman, albeit a portrait, sitting next to the Dedan Kimathi?

All my history books back in school never mentioned a woman freedom fighter, but everything in this woman’s gaze and stance screamed liberty, resistance and pure pride. “This, this, is Muthoni wa Kirima,” the tour guide whispered almost reverentially at my side. “She was the only woman to join the ranks of Field Marshall, a title only worn by Kimathi and three other men.” My intrigue led me to dig into whatever I could find about her, watching videos and reading on any information on her I could come across.

In one of the articles I came across, Muthoni insists that she will not cut her dreadlocks. Asked why, she insists that she is still fighting, fighting for a better life for herself and children of other fallen liberators whom she calls her own.

Born around 1930 in Kiawara, in the then Nyeri district, ten years after Kenya became a British colony, Muthoni did not go through formal education like most people around that time. “We were discriminated against. There were no schools around where we stayed, so I never attended any. Besides, my father would hear none of that mzungu stuff, although we attended church against his wishes. By the time my father embraced formal education, it was too late as we were already grown up,” she says. By “grown up” she meant old enough to be married, and by old enough to be married she meant sixteen.

Yes, by sixteen Muthoni had been married off, and just a few years later, in 1952, she was called upon to join the Mau Mau movement, following suit of her husband. Like most women,

she worked as a spy and would deliver messages and food. But she did not stop there. She learnt to fight alongside Dedan who gave her the nickname ‘Weaver Bird’ due to her prowess in weaving brilliant war strategies.

In an interview aired on Kameme TV, she pauses for a bit when she’s asked about life in the forest. She is still as the memories wash over her lined face. “It was tough, really tough,” she starts. The training was not for the faint-hearted, and it included being hit with the side of a panga to test resilience. They would go for weeks without food, and they would chew sisal until it softened enough to be swallowed, like porridge. As a recently young married woman, she could not start a family with her husband as intimacy was strictly forbidden. If caught, the penalty was death or banishment.

She feels forgotten, her and other liberators, by the very country for which she fought so hard.

Apart from countless interviews, there’s barely anything tangible to show for her bravery and sacrifice. She has only received presidential commendations, one in 1998 by the late President Moi, and another in 2014 by President Uhuru. Mere titles that do not bear any material significance. Her greatest wish is to see bones of her fellow fallen liberators retrieved from the forest and given a proper burial, like Dedan Kimathi whose remains lie somewhere in Kamiti Maximum Prison.

The government claims they do not know the exact point where he’s buried. She would also like to see the State take care of the children of fellow liberators. It is sad that we remember people when they die. We sing songs of praise and honour them with pointless words painted as tribute.

Muthoni is still alive – she represents a time when our nation was in colonial shackles. She represents a kind of dignity and pride that can only be worn by someone who actually shed blood for the country. And yet, she lives forgotten, left to die unrecognised and wondering what this thing is we call independence.

Written By: Esther Musembi – a writer of creative non-fiction, fiction, articles and an active blogger. She is an editor and member of Writers Space Africa-Kenya. She was a participant in the 2nd edition of PenPen Africa that was held in Kenya in March, 2020. The residency culminated in an anthology, Twaweza, which she is part of. Her work was recently published on the Marathon County Public Library on their COVID-19 pandemic issue. For more of her work click here Follow her on Instagram and Twitter:  @EssMusembi