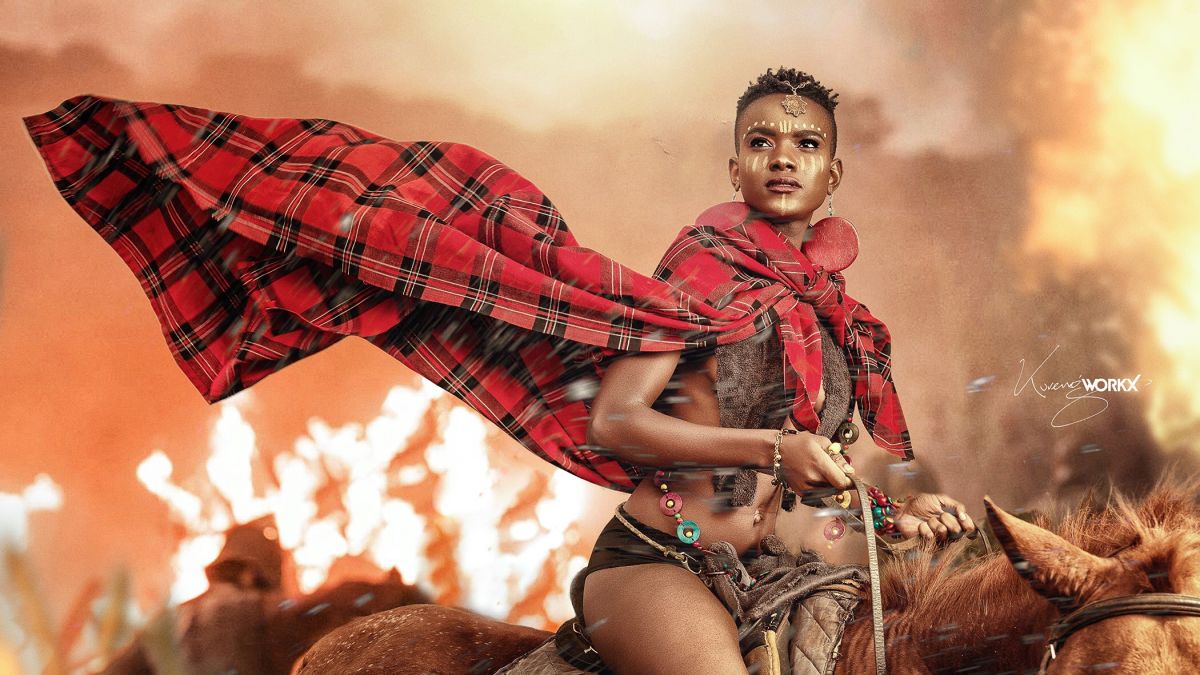 How do we immortalise people who have impacted our world, especially if they are unsung heroes of a liberation struggle? The fight for Kenya’s self-determination, started almost immediately after the British arrived in Kenya at the turn of the nineteenth century. Mnyazi wa Menza, popularly known among her Giriama and Mijikenda people on Kenya’s coast as Mekatilili wa Menza, presents a legendary, activist and prophet that biographers have forgotten.

As a Kenyan icon and freedom fighter, Mekatilili was among the first women in Kenya to rise up against the British in 1913. In the wake of colonialist violence and trappings, she was at the forefront of fighting the colonial agents, standing up to and subverting gender-racial stereotypes.

On 9 August 2020 Mekatilili wa Menza was honoured with a Google Doodle.

Going by social media traction, the Doodle recognition excited many people in Kenya and beyond. However, scholarly evidence reveals that although women were central to the African liberation struggle, narratives of their participation are almost invisible from many post-independence discourses.

The intentional erasure of many women who led the fight for independence in Kenya, and Africa at large, has ensured there are gaps in literary narratives of these feats.

Mekatilili wa Menza was born between 1840-1860, in present day Sabaki in Malindi. As a young lady Mekatilili came in contact with Arab slavers and British colonialists in Malindi town where she used to trade. Mekatilili’s resentment of foreigners was triggered, on a trading visit when she witnessed one of her brothers called Mwarandu, being taken captive by Arab slave merchants.

Mekatilili was an active member of traditional women’s fellowships. Her husband Dyeka’s death effectively afforded her the cultural freedom to become a woman leader and speak up on community matters, as a widow. She soon amassed a huge following through her governance, which saw her mobilise the Giriama against the British. She started by leading a public baraza (village meeting) at Chakama, to protest British recruitment of African porters for World War One (WWI).

Renowned for her dancing, Mekatilili performed the ecstatic native kifudu dance from town to town, and attracted a large support-base for her cause. The leader inspired her Giriama community to resist multiple aspects of colonial rule, such as the imposition of hut taxes, forced unpaid labour on British-owned rubber and sisal plantations and restricted access to palm wine. These objections put Mekatilili at loggerheads with the colonial masters. Accordingly, the British responded with evictions, the seizure of large tracts of fertile Sabaki River Valley land, arson on African homes and committing sacrilege by razing Kaya, the sacred Giriama forest shrines. This led to the 1913-1914 Giriama Revolt, known locally as, ‘Kondo ya Chembe’. When the British saw how powerful Mekatilili had become, from her success in rallying her people to defend their traditional values and sovereignty, they branded her a witch and a mad woman. This was in an effort to corrode the respect and trust formed between her and her followers.

Mekatilili was driven by the prophecy of famous Giriama woman seer, Mepoho, which she’d been told of as a child by her grandmother. Mepoho predicted the coming of the white man, and that a woman prophet would lead the resistance against them – this prophet it came to pass, was Mekatilili wa Menza herself. Mepoho had foretold that foreigners (white colonialists) with hair like sisal fibres who moved in flying vessels that flew above people’s heads and objects moving on water and land, would one day come and oppress their people and attempt to destroy their culture.

NB: Part 2 will be published the the mid-month edition of the Newsletter.

Written By: Moraa Gitaa is a Kenyan novelist, Cultural Advocate, Arts Curator, Peace Studies & Conflict Management Researcher, who works and writes at Intersections of Gender, Social Justice, Arts for Positive Social Change and Feminist Politics. Moraa is Vice President of PEN Kenya and Board Member on Executive Committee of Creative Writers Association of Kenya (C-WAK). Foller her on Twitter Facebook and Instagram

Header Image: Rich Allela and Kureng Dapel recreate the life of Mekatilili in their creative photography project – courtesy of CNN