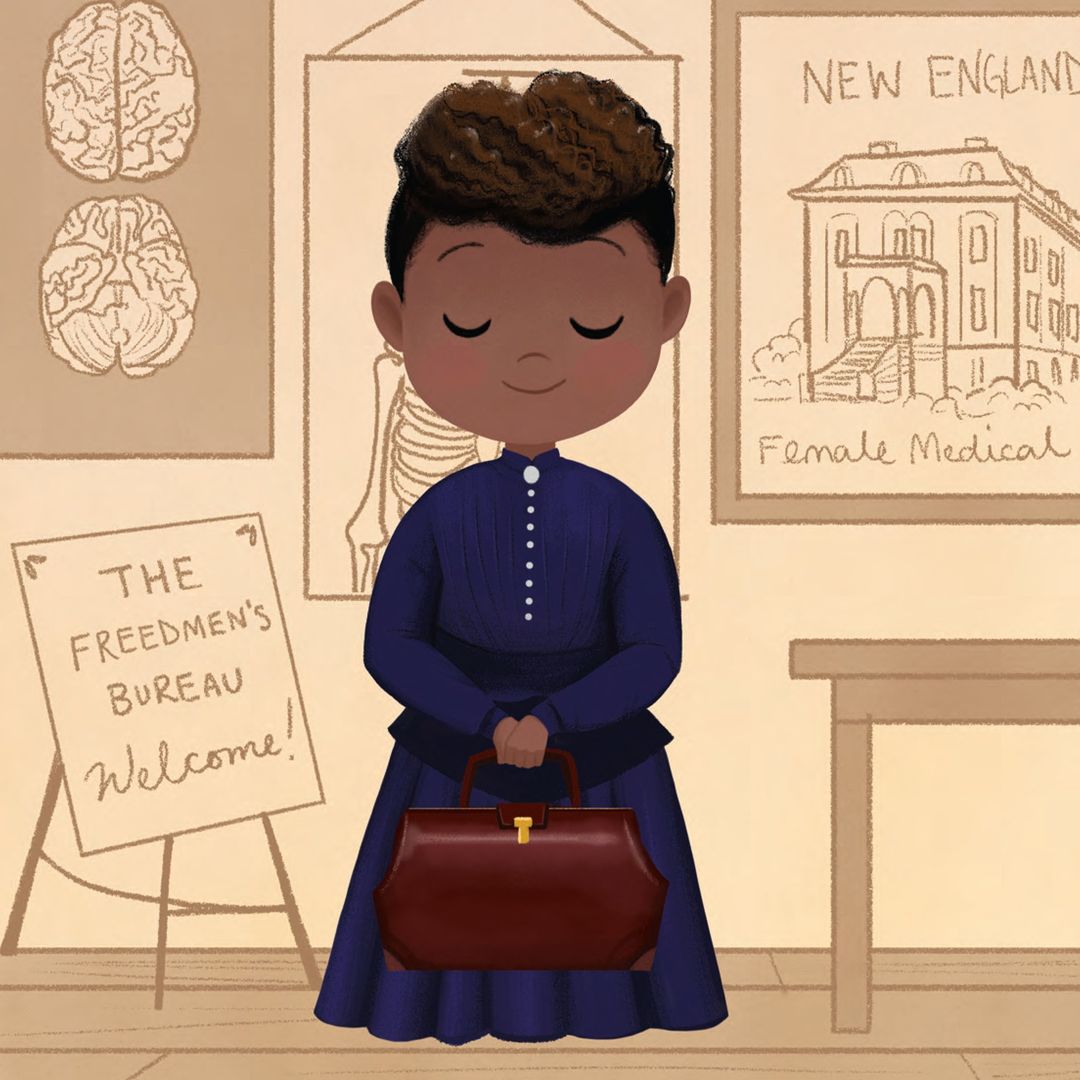 The concept of anti-black misogyny that specifically targets Black women is not news, and while this type of hate is hurtful, it is also systematically harmful to our health and wellbeing. It leads to higher maternal and infant mortality rates or police brutality against Black women and children. There is ample research on how misogynoir, a termed coined by Assistant Professor Moya Bailey, hurts Black women and children accessing healthcare. However, an under-examined perspective is how has the realm of medicine historically viewed Black female health professionals and how has this affected healthcare overall?

The first Black woman physician in the U.S was Dr Rebecca Crumpler (b. 1831) who graduated from New England Female Medical College in Boston, Massachusetts, in 1864. She was the College’s only Black graduate (it closed in 1873). This period in American History came at the tail end of the Civil War, where northern and southern states fought against each other over the institution of slavery. Southern states wanted to keep slavery because their agricultural economy used slave labour to harvest the nation’s primary export: cotton. Thus, Dr Crumpler was born, raised, and educated at a time when skin colour determined whether one would live as a free person or serve in chattel slavery. In 1860, there were over 54,000 physicians in the U.S, and only 300 were women, and then there was Dr Crumpler. Unfortunately, these numbers have not improved much. As of 2020, only 2% of active physicians in the U.S are Black women.

There are immeasurable benefits to patients and the medical community with more Black female professionals. For example, Dr Crumpler travelled and lived in Virginia for four years as a medical missionary with the Freedman’s Bureau to treat freed slaves after the Civil War ended in 1865. Her services were invaluable to a community that white doctors refused to treat, and even today, the chances of Black infant survival are higher with a Black doctor. A disparity that even Dr Crumpler noticed, as also she is one of the first women to author a medical textbook on health, nutrition, and medical needs for women and children. Published in 1883, A Book of Medical Discourses in Two Parts, was the first health prevention book with this information.

Nonetheless, being the first was not easy. Pharmacists refused to fill her prescriptions for patients, and some derided her, claiming that the initials M.D. stood for nothing more than “Mule Driver”. Although these happened in a very racist post-Civil War south, she also faced obstacles when attending medical school in Boston. She was born a free person, who was highly educated and entered the College with recommendations from respected physicians that she worked for as a nurse. Yet, during the war in 1863, she had to relocate for a short period, and the College rescinded her scholarship. Fortunately, she found another one, provided by an abolitionist group, to complete medical school. When she applied to sit for her final exams, the examining practitioners said that she had “slow progress” and threatened that they might not recommend her for graduation. Thus, even an institution that was founded with the explicit purpose to mentor and train women in medicine, so as to improve services to women and infants, discriminated against Black women.

Today, the hurdles that Black women face are more subtle but still persistent. According to Heather Irobunda, M.D., despite graduating as one of the top three students in her high school cohort, she was dissuaded by school counsellors from applying to certain colleges under the assumption that she would not get in. Thankfully, she proved them wrong. This attempt to discourage Irobunda from aiming too high occurred again as a college student, when she was advised against pursuing medicine. Fortunately, she did not listen to this ‘guidance’ either. Dr Nancy Oriol writes that another marginalising experience is being told that the only reason she is successful is because she is Black, as it comes with the insinuation that there has been “special treatment” throughout the course of her academic and professional career. Thus, we see two conflicting disparages directed at Black women who thrive in predominantly white and male spaces. The first step is dissuading someone from their goal, and the second is to dismiss their intelligence and skills when the first tactic does not work.

Misogynoir against medical professionals also extends beyond the hospital setting. In 2016, Dr Tamika Cross was on board a Delta Airlines flight, when the flight crew called for a physician to help in an in-flight medical emergency. When she offered to help, a flight attendant responded, “Oh no, sweetie, put [your] hand down, we are looking for actual physicians or nurses or some type of medical personnel, we don’t have time to talk to you.” While this case went viral, it was not an isolated incident, as several Black female physicians reported similar stories across the world. In all these cases, their help was initially refused by flight crew after interrogating or viewing their credentials, and in all except one, a white nurse or physician presented themselves and was immediately escorted to help the passenger.

Many Black female physicians experience direct hostility from patients, sometimes even in the presence of supervisors

For example, Dr Irobunda recalls an incident where a white patient refused to be treated by her. Additionally, psychiatry resident, Jennifer Adaeze Okwerekwu was called “coloured girl” in front of a white senior physician, who said nothing.  Dr Fatima Cody Stanford writes about attending to a mother and her new-born while the patient continued to tell the nurse that she had not seen a doctor. Stanford was present in the room wearing a white coat, physician badge and had repeatedly told the mother that she was her doctor. In all these cases, the leadership at the hospital did not support these women doctors, an implicit statement that condones discriminatory behaviour and implies that their services are not valued.

Today, medical schools and hospitals tout their diversity and inclusivity programmes, yet the leadership is almost always exclusively white. This means that key decisions that trickle down to the patients and employees are not considered by varied perspectives. Furthermore, diversity does not constitute anti- . There are more women and people of colour entering medicine, but without anti-discrimination policies that are actually followed through, inclusivity just becomes an invitation for Black women to join violent spaces.

Written By: Born and bred New Yorker, Sabine Franklin earned her Ph.D. from the University of Westminster. Her expertise is in international development, global health governance, and political economy. She tweets @SabineFranklin.