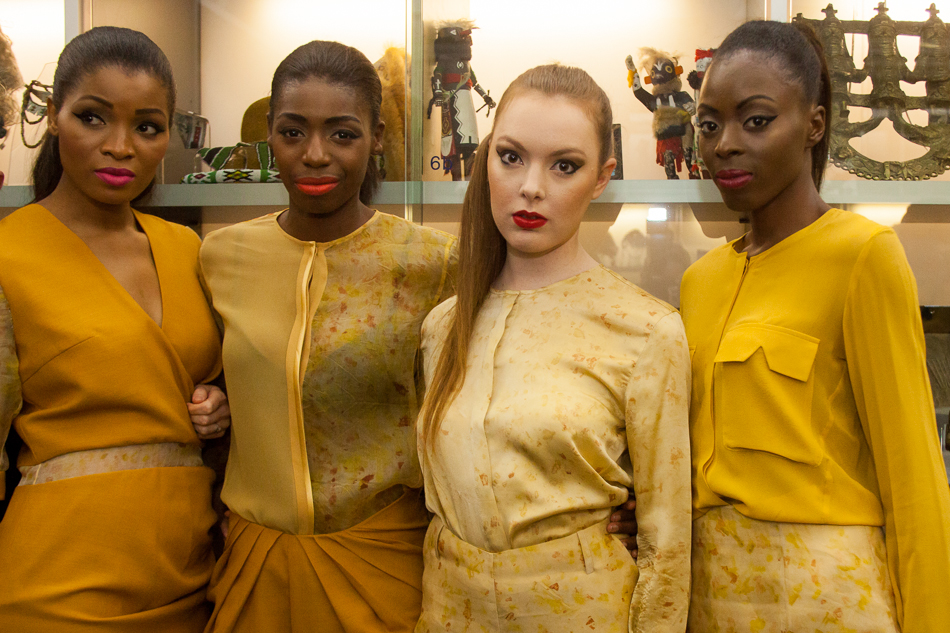 Real Reads chats with Lewisham-based organiser, founder of Coco Collective, on the importance of sustainability and community for Black people

Valerie Goode is a Lewisham-based organiser, community project manager and sustainability champion. She has her own sustainable fashion brand, has started a Black-run Ital garden in Bellingham and manages Coco Collective, an African-diasporic organisation that promotes heritage and culture. In a world where the system forces us to be dependent, Goode’s message of self-sufficiency is an important one.

Born and raised in Lewisham, Goode’s interest in sustainability started with her love of fashion. After studying at London College of Fashion, Valerie moved into Womenswear design, creating clothes for fashion outlets such as Topshop and Selfridges. After she graduated, she was headhunted and moved to China to become a Senior Womenswear designer. It was here that her opinions about fast fashion changed as she witnessed the horrendous extent of pollution in the cities.

Speaking to Real Reads, she says: “I got sick and tired of being in an industry that’s very frivolous and not very conscious of people and the planet.” In response, Goode then delved into the world of fashion that is clean and green. This mission moved her to take inspiration from her heritage. She started looking at her late grandmother’s lifestyle in Trinidad, who would live sustainably by growing herbs in her garden and keeping chickens to feed the family.

“A very poignant time for me was riding from my grandmother’s to my uncle’s house where I was literally able to eat my breakfast just from the trees which had grown food organically. To me, I thought that this was the life, so I based my fashion off that ethos and named my brand after my grandmother.”

In 2013 Goode launched a “slow fashion” brand, named Kitty Ferreira, to counter the proliferation of cheap, quick and harmfully made mainstream options. The initiative earned the campaigner two awards from the Royal College of Art and WRAP (a non-profit company that promotes sustainability).

Keen on extending her ethical consumption initiative beyond fashion, she jumped at the chance to manage a large building offered by Lewisham council. Through this, Coco Collective was born, its intention to connect small Black businesses, provide workshop space and centre sustainability. This connection with the council also led Goode to acquire land in Bellingham to create an Ital community garden for African-heritage people. In June of this year, the garden was opened.

“Our Ital Community Garden is only four months old and a testament to how quickly and easily our community galvanises to produce something of value to us; more significantly, under our own autonomy and without the oppression of mainstream systems. It’s a place to not only reconnect the youth back to the soil but to honour our passage, feel at peace knowing you are surrounded by like-minded folks: people who honour people and planet from a spiritual standpoint.”

Ital, stemming from the word “vital”, is a Rastafari expression which means food grown organically and naturally. Goode plans to grow healing herbs and heritage foods at the garden. The space is a ground to experiment with tropical foods such as scotch bonnets and okras in custom-built polytunnels, whilst skill-sharing across generations within African and Afro-Caribbean communities.

“When our parents first came to the UK, they often kept up the practice of growing their own foods but first and 2nd generation offspring have lost many of these skills for a number of reasons. One of which is that there are barriers for BPOC in accessing food growing spaces, and I talk of personal experience that has been echoed by other Black growers on non-Black-led allotment and community garden spaces. It is therefore vitally important that we have spaces where we have the autonomy to grow in peace and pass the baton of these skills on to the next generation before it’s too late and free ourselves from the corporate toxic food production system.”

The garden has been frequented by many different people across the Black community, from curious locals, to established herbalists, to activists and beyond. Various events have taken place at the space, such as open mics, discussion panels and workshops on gardening. It has become a significant project for self-sustainability in the community, especially considering that Lewisham has one of the highest levels of food insecurity, food deprivation and child poverty in London – only second behind the neighbouring south-east district of Downham.

Goode told us: “We plan to do more food growing workshops, plant-based cooking on-site, food history and in particular learning the difference between hybrid and organic foods; education that honours the teachings of the Rastafari movement and Dr Sebi. We want to enable those, particularly those without access to food growing spaces, to grow at home and access our garden with the benefit of having a community behind them and make better-informed decisions when shopping for food.”

Goode speaks and acts from the multifaceted perspective of a Black Woman with ties to the Global South, which allows her message to reverberate against the backdrop of an upsurge of climate justice and Black liberation movements. Thus, it is obvious that she has become a powerful force in fighting against unethical consumption.

“I believe it is the Black Women in our communities that will lead us all, irrespective of cultural background, to the Promised Land. We are natural-born creators and nurturers. We are the first people and have an intrinsic connection with Mother Nature and all that it encompasses. A project of this nature that is more than about food requires endless compassion, a death of ego […]

“Black woman, connected to her divine femininity as God, not the world, intended, contains all these qualities.”